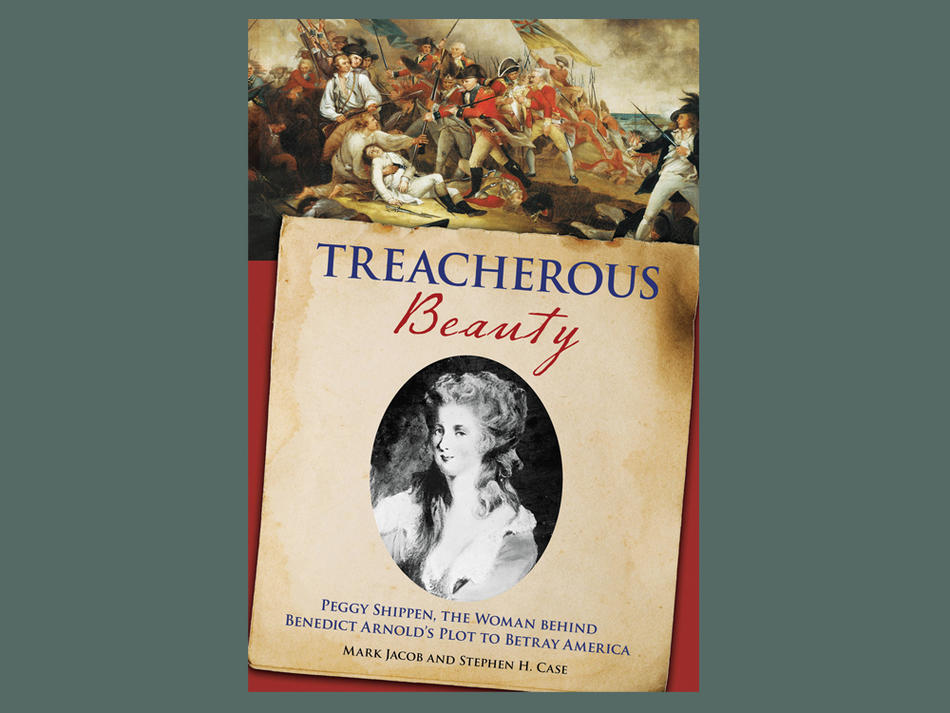 “Human beings are too important to be treated as mere symptoms of the past,” Lytton Strachey asserted in his trailblazing 1918 book Eminent Victorians. Peggy Shippen, whose great misfortune it was to marry Benedict Arnold in 1779, has no trouble standing apart from her era in the clear-eyed, ultimately admiring biography Treacherous Beauty, written by Mark Jacob and Stephen H. Case ’64CC, ’68LAW.

In this cautionary tale of audacity and expedience, Arnold remains a man bereft of principle or ideals, passionate only about money. But his wife is a more complex soul. Hardly an innocent victim, this clever Philadelphia society beauty was very much embroiled in the plot to “deal a death blow to the American Revolution.”

Resourceful and fearless, at twenty this pragmatist would put on a risky, risqué mad act to persuade General Washington that she was no party to her husband’s treason. Meanwhile, the many-minded John André, a co-conspirator whose charming, enigmatic sketch of the seventeen-year-old Shippen still tantalizes, is a gift to biographers, not least for his dignity as he faced execution.

André’s sentencing and hanging is one of Treacherous Beauty’s set pieces. Its most memorable ones, of course, feature its heroine. A self-reinventor extraordinaire, Shippen moved from frivolity to what some might term “sexpionage” to devastating familial devotion. The authors end their account with the feminist acknowledgment that even had she and her husband succeeded in their anti-American aim, Mrs. Arnold would most likely still have been hidden from history. That is no longer her fate.