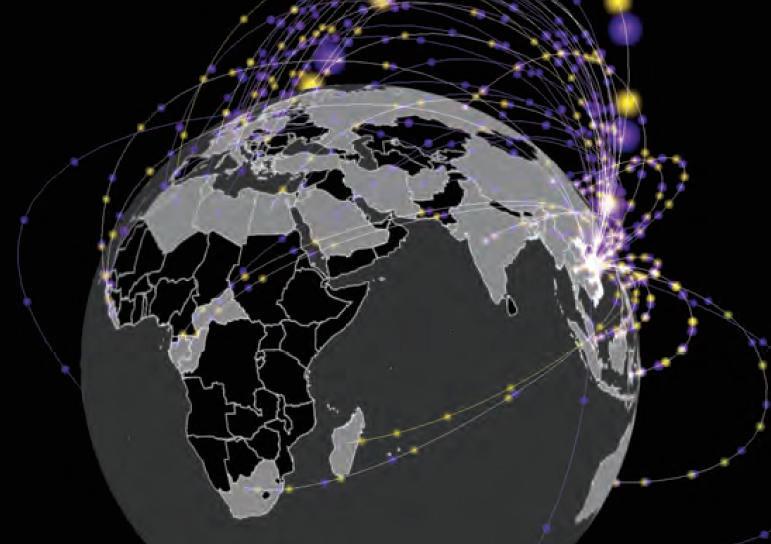 A new institute run jointly by Columbia and Stanford has announced its first seed grants for high-tech journalism projects.

The inaugural recipients of the so-called “Magic Grants” from the David and Helen Gurley Brown Institute for Media Innovation include researchers who are leading Web-based projects to track censorship in authoritarian regimes; detect what types of documents the US government classifies; and study how drag queens in Brooklyn use social media to manage their identities.

The grants, which are given in amounts up to $100,000, were made possible by a $30 million gift from the late Cosmopolitan editor Helen Gurley Brown, who endowed the Brown Institute in 2012 as a partnership between Columbia’s journalism school and Stanford’s engineering school. All of the institute’s activities are aimed at promoting collaboration between journalists and data scientists. This year the institute awarded a total of eight Magic Grants between the two campuses.

NewsHub, a project led by students and recent graduates of Columbia’s journalism and engineering schools, won a Magic Grant to create software that will detect when news websites alter their stories after they are published. The organizers hope to distribute the software to media watchdogs around the world to help them spot when news organizations make edits in response to government censorship, threats from advertisers, or other types of outside pressure. The NewsHub team will then publicize on its website the suspicious editorial changes that its users catch, in an effort to shame news organizations into being more principled.

“This problem of quietly changing news stories is not limited to dictatorial regimes,” says Sravan Bhamidipati ’13SEAS, a computer engineer who is creating NewsHub’s software. “We’ve found this occurring now even in the United States, as news websites will sometimes delete controversial statements from their articles without any explanation.”

Another project that got a Magic Grant, the Declassification Engine, is run by Columbia history professor Matthew Connelly in collaboration with members of the statistics and computer-science departments. His team is using data-mining technology to analyze US-government archives for clues about what information is withheld from the public record. For instance, Connelly hopes to gain insight into the political priorities and sensitivities of past US presidents by studying the documents that were kept secret under their watch and subsequently declassified by their successors.

“We want to make out the broad patterns of government secrecy, to see what types of information get classified, for how long, and on what legal basis,” Connelly says.

Mark Hansen, a Columbia journalism professor who was recruited to be the Brown Institute’s East Coast director, says this year’s Magic Grants went to applicants who “led with a story.” The story that Connelly aims to tell is about how the US government has in recent years been classifying more information than ever before and keeping it secret for longer. To document this, Connelly needs the help of technologists who can build special analytic systems.

“It’s that back-and-forth, between technology making stories and stories creating technology, that I’m interested in exploring,” Hansen says. “We looked for stories that didn’t fit comfortably in existing publication frameworks, but instead required new kinds of tools.”

Bushwig, a multimedia documentary project led by Columbia journalism student Adam Golub, is about a group of people who don’t fit comfortably on social-media sites: drag queens. The problem they confront is that sites like Facebook allow a person to have only one profile, whereas drag queens typically have separate drag and male identities. “How should social-media sites be designed to accommodate that?” asks Hansen.

Golub is creating a digital archive for the community of drag queens to upload their media data.

“We expect to create new archiving tools,” says Golub, who is working on the project with Jessa Lingel, a postdoctoral fellow at Microsoft Research New England. “Every performer and active nightlife goer could have their own profile and upload media organized by performer and venue.”

Yes, That Happened: Columbia Football Was Once Top of the Ivies

Sixty years ago, a group of talented Lions brought pride to Morningside Heights

Hanging Out at the Hungarian Pastry Shop

With Plan 2030, the University strives to achieve net-zero emissions by mid-century