Columbia Discoveries That Could Make 2020 Your Healthiest Year Yet

Choose down dogs for up moods

For years, scientists have been saying that yoga can reduce anxiety and depression.

Now Richard P. Brown ’77PS, a psychiatrist at Columbia University Irving Medical Center (CUIMC), and colleagues from Harvard, Boston University, and New York Medical College have found that yoga can improve the lives of people with clinical depression even faster than was previously thought, with many seeing benefits within a matter of weeks. Their study, which asked people with major depressive disorder to practice yoga for five to eight hours a week, found that most participants’ sleep quality significantly improved within a month and that their moods and energy levels improved within three months.

Brown and his colleagues note that deep-breathing exercises were incorporated into the participants’ routines, as breathing at a rate of five-breaths per minute has a beneficial effect on the nervous system, anxiety, and depression.

Eating late at night has long been associated with weight gain, since our bodies are less active in the evening and convert fewer calories into energy. But a forthcoming Columbia study finds another, more surprising reason to order the early-bird special: it may help your heart.

The study, which monitored the eating habits and health of 112 women for twelve months, found that those who consumed significant calories after 8 p.m. saw their blood pressure, body mass index, and other risk factors for cardiovascular disease increase.

The lead author, Nour Makarem, a postdoctoral research fellow in the cardiology department at Columbia University Irving Medical Center (CUIMC), says that further research is needed, but she currently recommends eating no more than 30 percent of your daily total after 6 p.m.

“Our bodies evolved to eat during the day and to rest at night,” Makarem says, “However, our demanding schedules are pushing everything later in the day and now we’re consuming a greater proportion of our daily caloric intake in the evening.” She notes that “when our eating habits become misaligned with our circadian rhythms, this creates a state of metabolic dysfunction, which can increase the risk of heart disease.”

For deeper sleep, lay off the carbs

If you’re tossing and turning at night, you might consider how much bread, pasta, and cake you’re eating, suggests a new study by James Gangwisch, an assistant professor of clinical psychiatric social work at CUIMC.  The study reveals that a diet heavy in carbohydrates is a risk factor for insomnia, at least in older women.

Gangswich and his colleagues made the discovery by analyzing data from more than 50,000 postmenopausal women who kept detailed food diaries for years as part of the NIH-funded Women’s Health Initiative Observational Study. They found that women who consumed large quantities of highly refined carbohydrates — processed foods that often contain added sugars — were much likelier to develop insomnia, while women whose diets were rich in vegetables, fiber, and whole fruit were least likely to have trouble sleeping.

According to Gangswich, eating refined carbohydrates causes blood-sugar levels to spike and adrenaline to flood the body, which can interfere with sleep. And since most people (not just older women) experience a rapid rise in blood sugar after eating carbs, he suspects that his team’s findings may apply to the broader population

Know that one or two puffs can harm you

We all know smoking is terrible for us. But sneaking a cigarette now and again can't be that bad, right?

Actually it is. New research led by Elizabeth Oelsner, a professor at Columbia’s Vagelos College of Physicians and Surgeons, shows that smoking just a few cigarettes a day is nearly as harmful to your lungs as smoking a full pack. Oelsner and her colleagues, who examined the smoking habits and health of more than 25,000 Americans ages seventeen to ninety-three, also disproved a common misconception  — based on a much smaller study conducted four decades ago — that a smoker’s lungs can repair themselves within a few years of his or her kicking the habit. In fact, it takes at least three decades for an ex-smoker’s lungs to fully recover, the researchers found.

Stay out of the smog

Here’s something else that’s bad for your lungs: living in a major city. According to a recent Columbia study which measured the long-term impact of air pollution on the lung health of 7,000 adults living in Chicago, Los Angeles, Baltimore, St. Paul, New York City, and Winston-Salem over eighteen years, lung damage caused by breathing city air is similar to that caused by smoking regularly. The researchers say the study, which is the largest of its type ever conducted, may help explain why emphysema, a chronic lung disease, is common in nonsmokers.

Fortunately, another Columbia group has discovered a potential antidote to urbanites’ lung ailments: popping an aspirin. A team of environmental health scientists has found that the regular use of aspirin may significantly reduce the lung damage caused by exposure to smog. While additional research is needed to determine why aspirin appears to be protective, the researchers speculate that it is because it reduces inflammation caused by inhaling particulate matter. 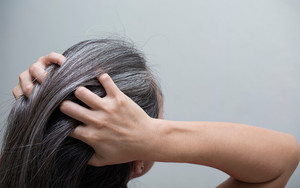