Human Rights: Newer Than You Think

We talk with history professor Samuel Moyn about his book The Last Utopia: Human Rights in History (Harvard University Press). 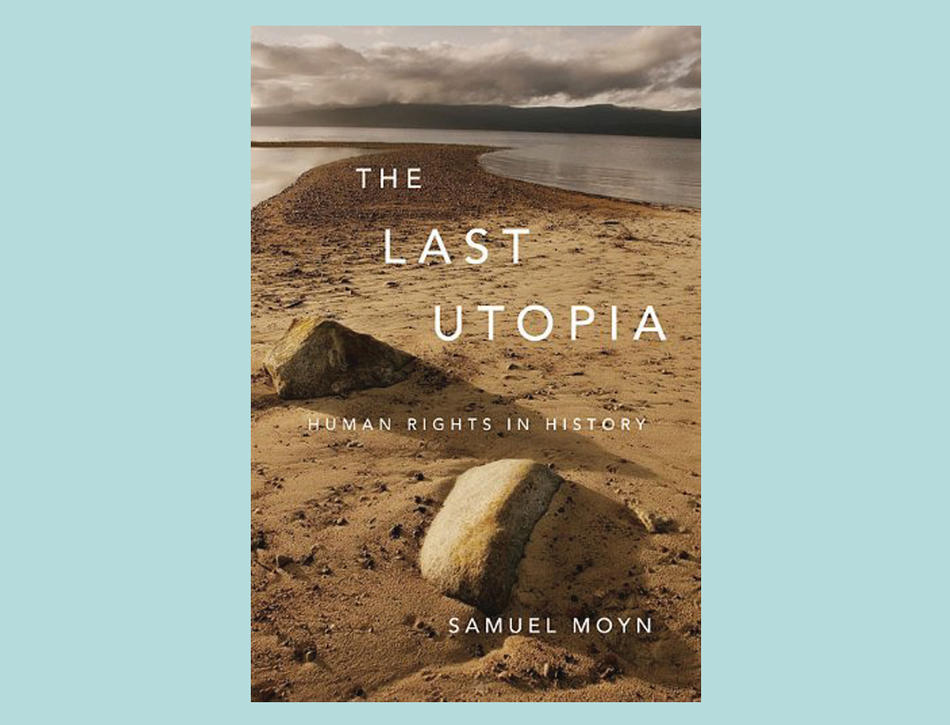 The Last Utopia is less a history of human rights as it is a history of human rights, which, surprisingly, you date to the 1970s. That was the decade of the Helsinki Accords and Jimmy Carter’s inaugural address, in which he declared America’s commitment to human rights. But surely the Old Testament, the Declaration of the Rights of Man, the antislavery movement, and the Universal Declaration of Human Rights dealt with the question?

It’s not that there weren’t early sources, but at the level of common speech in English, the idea of international human rights doesn’t become widespread until the 1970s. I resist the temptation of historians and the media to anchor it more securely than it is to those old sources and movements.

Was the civil rights movement in the U.S. not part of this continuum?

It is absolutely true that some people in the human rights movement of the 1970s had been part of the civil rights movement or the antiwar movement: a fight for rights at home and another fight against injustice abroad. But they are disconnected chronologically. One climaxes in the mid- to late ’60s and the other by the early ’70s. The international human-rights movement — at first organized around victims not of American racism or American war but of totalitarianism behind the iron curtain and authoritarianism in the Southern Cone — doesn’t achieve true prominence until 1977–78.

What about the Nuremburg Trials and crimes against humanity?

Interestingly, human rights is not a concept invoked at Nuremburg. The real breakthrough at Nuremburg is individual criminal responsibility. In the actual trials, the central charge was aggressive warfare, which the Americans in particular championed. Although the idea of crimes against humanity is introduced, it is not intended to cover the Holocaust, which Nuremburg ignores.

The Universal Declaration of Human Rights was adopted in 1948.

“Human rights” enters the language a little earlier with a couple of Franklin Roosevelt’s speeches. I think what FDR had in mind was not international human rights, but a kind of welfarism. In the Atlantic Charter, the Allies tell the world they are fighting for a new model of society that would turn its back on 19th century liberal economics and make room for freedom of speech and religion, and for social welfare. That is why the phrase doesn’t take: There are so many alternatives, like “welfare” or “social democracy.” The big question for the postwar world was: How do you construct a social welfare state? There is the communist option, and there is the debate about how to modify capitalism.

Self-determination and anticolonialism were part of this.

That’s right. Preceding the idea of human rights was the Wilsonian promise of self-determination in the Atlantic Charter. But the Allies’ promise to end empire gets dropped and human rights emerge as a consolation prize.

Human rights went up as self-determination went down? That sounds odd.

Some of the most dreadful abusers of human rights are former colonies.

This is the story of the new states versus the U.S. and the old Allies, which have real power in the Security Council. But the new states become hegemonic in the General Assembly. From that point on, they drive the project, and very progressively in certain ways: Without them, there would have been no human rights covenants. But there is a double standard: When they think about human rights they think of anticolonialism and Israel. They rarely think about themselves.

This year’s Nobel Peace Prize went to one-time Columbia instructor Liu Xiaobo and it has people thinking about human rights again. The ham-fisted reaction of the Chinese government reminds me of the old Soviet Union.

Human rights are an incredibly effective tool in cases of repressive or authoritarian regimes. That was their persuasive role late in the Cold War. In 1978, when Jimmy Carter traveled to China, his association of the U.S. with human rights norms helped spark the formation of the first Chinese human rights dissident group, which was inspired by earlier groups in the Eastern bloc. You could say that was the beginning of the tradition that led to the 2010 Nobel.

Who grants human rights? Are they God-given, or are they granted by the state? Is that something that one senses intuitively?

That is ultimately a religious or philosophical question. We can find commitments to justice and compassion in the Levitical commands or in Greek philosophy, and we have learned to cherish these values. But what is their grounding? On this, I’m not a professional, but the power of human rights since the 1970s has relied on our ability to co-exist in championing rights without requiring that everyone agree on their sources. As the philosopher Jacques Maritain said—with a smile—in 1946, “We agree about the rights but on condition that no one asks us why.”