In 1985, Youngman Kim, a film student at NYU, had a bright idea. Frustrated by the limited video selection in the basement of Tower Records, at that time the only video store in the neighborhood, Mr. Kim (he is always Mr. Kim) began acquiring videotapes from local and international sources, and within months opened the first Kim’s Video, at Avenue A and East 5th Street. Serving a market of students, underground filmmakers, and other local cineasts, the store exuded a grungy atmosphere of tattered movie posters and punk rock, and boasted a growing collection of independent and foreign movies that quickly made it an East Village landmark. In 1994, Mr. Kim opened Mondo Kim’s on St. Mark’s Place, a three-story temple of video and music that became the headquarters of a mini-empire that, by 2001, would stretch as far north as Morningside Heights.

“Columbia invited me to open Kim’s Video up there,” Mr. Kim recalled on a hot September day in his office in Mondo Kim’s. “The original location they proposed was too small. A few months later, they offered me another store, where the Deluxe Diner is now. Too small, again! In 2000, they showed me a space in a new building [the Broadway Residence Hall, at Broadway and 113th Street]. When I went up there I saw it was the right size, and accepted.” Mr. Kim, who is clean-cut and athletically built, projects the square-jawed authority of a seasoned flight captain. “I received a lot of respect and appreciation from faculty and students,” he said.

Mr. Kim, for his part, felt a personal connection with Columbia. Film division professor Dan Kleinman had been one of his teachers at NYU, and he was friendly with Erica Marks, who, at the time of the store’s opening, was director of development for Columbia’s School of the Arts. He offered discounts to faculty and, most generously, sponsored the annual Kim’s Video Award, a $5000 prize given during the Columbia University Film Festival, the annual showcase of thesis work from advanced MFA students (Mr. Kim selected the winning entries himself). Most notable for the community, Mr. Kim’s store carried thousands of movie titles, divided into every conceivable genre: Noir, Action, Avant Garde, Thriller, Comedy, Classic, Western, Musical, Horror, Asian Horror, GLBT. Blockbuster it wasn’t.

But business never really took off. Nor did the programs created by Mr. Kim and his staff gain much support. “We invited lots of authors, filmmakers, and producers,” he said. “But we didn’t get very strong feedback.” Mr. Kim lays part of the blame on the makeup of the neighborhood. “The area around Columbia is very commercial and conventional. And this is not going to satisfy young, creative, innovative students. They would rather come to Mondo Kim’s downtown.”

On September 15, 2008, Kim’s Video on Broadway closed its doors. The effort to bring the East Village aesthetic uptown came up against market realities. “I lost a lot of money four to five months every year, when the students are away. We could hardly make the rent.”

Still, Mr. Kim remained loyal to an institution whose commitment to film culture reflected his own. In early September, the University announced that Mr. Kim was donating the store’s immense video collection to the Columbia University Libraries. According to Nancy Friedland, who is media services and film studies librarian, the Butler Media Collection will receive some 30,000 DVDs and tapes, more than tripling its present cache of 13,000. The benefits of this gift will spread far beyond the film division.

“We’re seeing more and more classes with a film component,” Friedland said recently. “So whether it’s in Asian studies, international affairs, history, anthropology, the language departments — all are heavy users of feature film content. There is tremendous interest in this collection.”

As for Mr. Kim, he is again looking toward the future of film-based entertainment.

“People have less and less time to watch movies,” he said. “After work and exercise, people have about three hours before they go to bed, and a lot of that time is spent on e-mail. Within a few years, movies will be 50 to 60 minutes long. And consumers will be able to make their own short films on the computer.”

And so an era ends on Broadway. But perhaps the storefront’s future tenant, the New York–based cosmetics and novelty chain Ricky’s, will be of use to film students as well. Wigs and fake eyelashes, anyone?

Top Stories
A New Way of Looking at Cancer
Count:
486
How Your Birth Month Influences Your Health
Count:
312
How to Prepare for a "Megadisaster"
Count:
205
The Best Way to Stop a Negative-Thought Spiral
Count:
196
15 New Views of Vintage Columbia
Count:
192
All categories >
Read more from Paul Hond 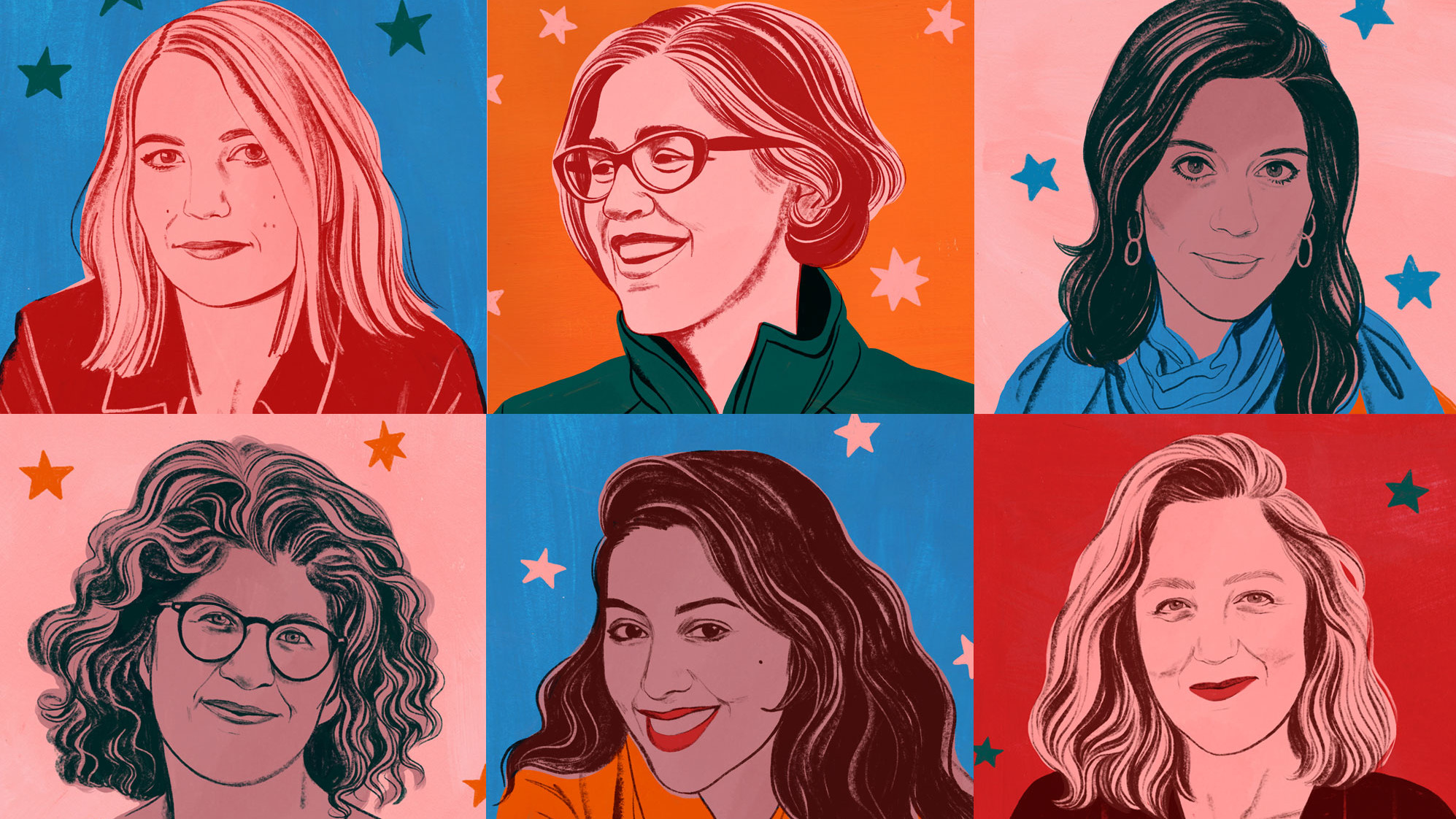 Pass the Remote: 6 Women Shaping the Future of TV

These alumnae directors, screenwriters, and producers have found enviable success in the streaming era 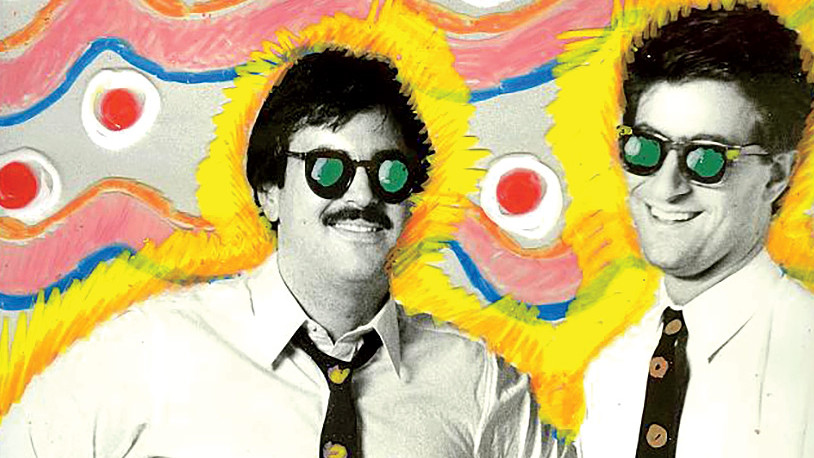 Radio Made the Video Stars 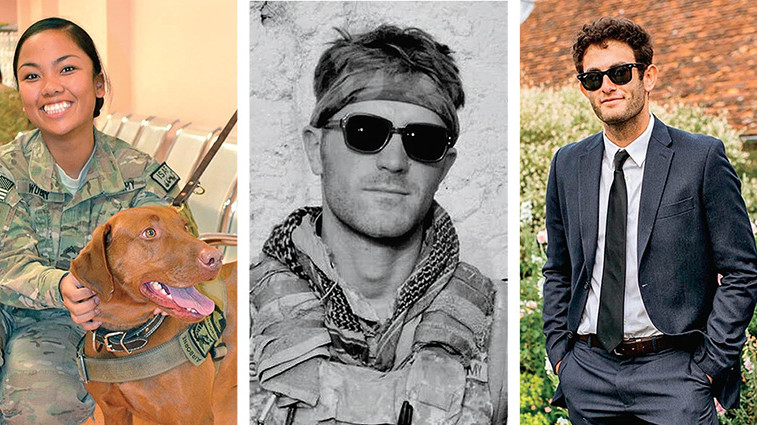