As far as Nicholas Murray Butler 1882CC, 1884GSAS was concerned, there was one man who could save America, and his name was Nicholas Murray Butler. President of Columbia University, world-renowned pedagogue, a man known more for his mastery than his modesty, Butler felt he was just the tonic for what ailed the country in the election year of 1920. After a world war and a flawed peace treaty; amid an epidemic of race riots, labor strikes, and anarchist bombings; after two constitutional amendments that gave women the right to the ballot but removed the right to the bottle, Butler decided America was yearning for the leadership and wisdom that only he could provide.

Throughout the campaign season, Butler, a stalwart of the New York Republican Party, traveled around the country speaking to chambers of commerce and political clubs from Philadelphia to Cincinnati to San Francisco. With an acquired patrician elocution that turned “America” into “A-mad-ica,” Butler laid out the stark choices that confronted a nation in the grips of what would become known as the Red Scare.

Warning of “elements in our population” who “frankly proclaim their preference for the political philosophy of Lenin and Trotsky to that of Washington, Hamilton, Webster, and Lincoln,” Butler wondered whether “the America of our fathers” would succumb to a “social democracy” that would “take over the management of each individual’s life and business.”

But while he believed himself the man best fitted for the task of reinstating patriotic mercantile values in a world slouching toward Bolshevism, he did not exactly plunge headlong into the scrum. Feeling that dignity required him to remain above the fray, Butler conducted what his biographer, Michael Rosenthal ’67GSAS, calls a “stealth campaign.”

"Butler was clearly running for president, but he didn’t want to draw attention to it,” says Rosenthal, a professor emeritus of English at Columbia and the author of Nicholas Miraculous: The Amazing Career of the Redoubtable Dr. Nicholas Murray Butler. “He didn’t want to lose — Butler never lost at anything — and yet he didn’t want to do what would have actually made it possible for him to win. He didn’t run in the primaries, he didn’t want to raise money, which he found demeaning, and he didn’t want to be attacked by other candidates.” So Butler remained in semi-shadow while his opponents went cap in hand for funds and attacked not Butler but each other.

Among the Republican aspirants vying to face Woodrow Wilson, the Democratic incumbent and former president of Princeton, were Illinois governor Frank Lowden, the frontrunner; Major General Leonard Wood, a Harvard-educated Army surgeon who commanded the Rough Riders in the Spanish-American War; Hiram Johnson, an isolationist California senator who, unlike Butler, had opposed America’s entry into World War I; and Ohio senator Warren G. Harding, notable for his candid lack of intellectual depth (“the archetype of the Homo boobus,” sneered the barbed-witted social critic H. L. Mencken).

In such a field, Butler liked his chances.

Butler was born in Elizabeth, New Jersey, in 1862 and raised in Paterson, the son of a middle-class textile manufacturer. At Columbia he earned a doctorate in philosophy, became a professor of philosophy and education, and succeeded Seth Low as University president in 1902. Driven by what Rosenthal describes as an “insatiable need for power and recognition,” Butler cultivated the rich and well-connected. A vigorous self-promoter, he pushed out an endless stream of speeches, books, and newspaper essays and positioned himself as a famed educator and round-table discourser who hobnobbed with British PMs and French philosophers. His campaign circulars touted a “man of sterling courage” who “has rubbed shoulders with presidents, governors, diplomats, statesmen and the big men of the nation.”

But as Rosenthal tells it, Butler faced two major stumbling blocks on the presidential path. The first had to do with image. Though his friend Theodore Roosevelt 1899HON, the former New York governor and US president, had dubbed him “Nicholas Miraculous” for his intellectual breadth, Americans, after eight years of Wilson, weren’t clamoring for another college president. It didn’t help that Walter Lippmann, the nation’s most respected political writer, had once termed Butler “a caricature of the typical professor.”

To counter this perception, Butler enlisted the services of a press agent, Edward Marshall, who set about creating an alternative persona to the book-stuffed Butler of the Acropolis on the Heights. Slogans like “Pick Nick for a Picnic in November” and “No Pussy Footer” attempted to conjure a Butler in shirtsleeves — not Teddy Roosevelt on horseback, exactly, but at least a virile businessman. Marshall’s campaign leaflets mocked President Wilson as “the schoolmaster type of college president” while casting Butler as “the executive head and chairman of the Board of Trustees of a tremendous educational and financial institution conducted along the lines of a business enterprise, comprising a group of corporations representing an investment of $7,000,000, employing approximately 2,500 persons with an annual payroll of $5,000,000.” Columbia was no “knowledge-of-dead-languages concern,” no “scholar factory,” the pitch went. It was a “citizen factory.”

Rosenthal finds this depiction “sad, funny, poignant, and preposterous,” he says. “To claim that Butler was the president of a university that did not produce scholars was ludicrous. But that was the trap Butler was in: he was never was able to expunge the fact that he was an academic. There was absurdity in his trying to deny what he was for the sake of becoming what he wanted to be.”

In early 1920, Butler launched a low-key media blitz. Scribner published a collection of his speeches, under the title Is America Worth Saving?, which espoused low taxes, small government, property rights, and personal liberty, and assailed organized labor. His presidential platform, published in newspapers, promised to improve health, housing, and education “without yielding to the temptation to build up a bureaucracy at Washington.” He would take the “tens of thousands of unnecessary government employees” and return them to “productive industry.”

“He was going to restore all the proper commercial values that drive America,” Rosenthal says. “The America that Butler wanted to save was the America of elite, high-end people.” Butler, who golfed with Andy Carnegie and belonged to twenty private clubs, was not persuasive in the role of Man of the People, and his campaign stops did not include factories or coal mines. “The notion that he might care about regular human beings was not something that he was able to project,” says Rosenthal.

Even Mencken, whose elitism may have eclipsed Butler’s, thought the Sage of Morningside was “right-thinking” to the point of being retrograde. “Butler is an absolute masterpiece of correct thought; in his whole life, so far as human records show, he has not cherished a single fancy that might not have been voiced by a Fifth Avenue rector or spread upon the editorial page of the New York Times,” Mencken wrote. “But he has no vision, alas, alas! All the revolutionary inventions for lifting up humanity leave him cold.”

One exception was Prohibition, which Butler opposed. While all for eradicating the “public nuisance” of the saloon, he insisted upon the legalization of the “beers and light wines that form part of the staple diet of civilized people everywhere.” But Mencken was right about the Times, which gave its full-throated support to Butler, avowing that no presidential hopeful surpassed him in the “clearness, definiteness and sound quality of [his] declaration of beliefs and principles.”

Grandiosity and a modicum of self-delusion would seem useful qualities in a presidential contender, but in the end, Butler’s “totally narcissistic personality,” as Rosenthal says, became a liability: for if there was one thing Butler could not, would not abide, it was losing. And it was this aversion — perhaps more than his ivory-tower baggage — that hindered his bid for the White House.

As Rosenthal suggests, Butler’s refusal to entertain failure was so strong that he made crucial self-defeating choices — not raising money, not assembling a team of savvy political operators — that were designed to leave him able, in the event he did lose, to claim that he had never fully committed to winning. By not going all out for victory, he had inoculated himself from the wound of defeat.

Butler was convinced of the astuteness of his decision not to dirty himself in a political dogfight and was easily swayed by the optimism of his coterie of devoted handlers, who fed him favorable reports from around the country that only enlarged his prodigious self-regard. He trusted that there would be enough unpledged delegates at the Republican National Convention, and enough bloodied candidates lying by the wayside, for him to swoop in unscratched and sweep the table.

On June 8, 1920, Butler arrived at the Chicago Coliseum for the convention. The Democrats had chosen Ohio governor James M. Cox to replace Wilson, whose health was failing. Now it was the Republicans’ turn to pick their nominee. Four nights later, with no candidate having secured the necessary 471 votes, a syndicate of cigar-chewing Republican senators huddled in a smoke-filled room and agreed to shift the majority of votes to the Ohioan, Harding.

“Butler was hoping till the end that things would go his way,” Rosenthal says. “He never withdrew from the race.” After the tenth and final ballot, Butler had just two delegates. Only the notion that he hadn’t joined the battle in earnest made this disaster bearable. “It was the greatest loss of his career,” says Rosenthal, “and Butler maintained the idea that he didn’t really lose for the rest of his life.”

After the election, Butler moved on. Having led Columbia from a small, local institution to large, world-class university, he became president of the Carnegie Endowment for International Peace in 1925 and president of the American Academy of Arts and Letters in 1928. In 1931, Butler won the Nobel Peace Prize for his work to strengthen the International Court at The Hague.

Late-in-life portraits of Butler show a silver-browed man in grandfatherly repose, the sort of venerable old philosopher who fondles a watch chain while delineating Aristotle’s Metaphysics. He retired from Columbia in 1945 and died two years later. His memorial, held at St. Paul’s Chapel, drew hundreds of mourners. Among them was the next Columbia president, Dwight D. Eisenhower, who would win the Republican nomination in 1952 and become, as Butler had not, president of the United States. 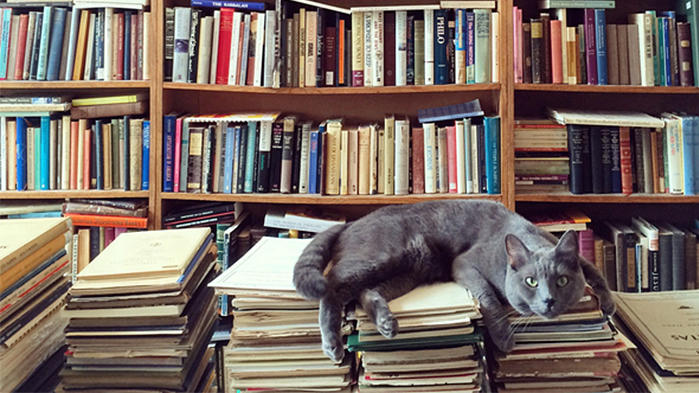 New Books for the New Year

It’s time to light a fire, grab a mug of cocoa, and cozy up with a good book. Get started with these seven new titles from fellow Columbians