Cuttlefish, like their larger, better-known cousins the octopus and squid, are among the world’s most intelligent invertebrates, with cognitive abilities that in some ways rival those of primates and the brainiest birds. These sprightly little mollusks, which can range in length from a few inches to two feet, are capable of remarkable feats of memory and learning, even passing an aquatic version of the famous marshmallow test by forgoing the instant gratification of a morsel of prawn in order to later devour a more fulfilling live shrimp.

But perhaps the cuttlefish’s most remarkable skill is its ability to quickly alter its skin’s color and texture so it can blend into its environment and hide from predators. Unlike other creatures, like the chameleon, that change color slowly, the cuttlefish does so within moments of entering a new environment, in response to the terrain it sees. This provides scientists a convenient opportunity to study how an animal’s brain receives visual stimuli and sends messages to other parts of its body. “The animal looks at its surroundings, creates an internal representation of that scene in its brain, and then approximately recreates what it has seen on its skin by expanding a variety of pigmented cells in different patterns,” says Tessa Montague, a Columbia postdoctoral researcher who studies the cuttlefish. “It essentially shows you what it’s thinking.”

Montague, who conducts research in the laboratory of Richard Axel ’67CC, a Nobel Prize–winning Columbia neuroscientist and codirector of the Zuckerman Institute, is developing new brain-imaging techniques that she hopes will enable her to observe precisely how cuttlefish encode visual images in their neurons and then transmit the information to their skin. She says that studying the animals could reveal fundamental principles of how neural networks function, including how emotions form, since cuttlefish also change their skin color in response to how they feel in certain highly charged situations, such as facing off against a rival.

“If we can understand the neural basis of visual perception and emotion in cuttlefish, that could provide insight into human cognition, in both its functioning and impaired form,” Montague says.

Watch a live video of the Columbia team's cuttlefish tank.

This article appears in the Spring/Summer 2022 print edition of Columbia Magazine with the title "Cuttlefish are masters of disguise — but they can’t hide their thoughts."

Lazy Bears and Confused Birds: What a Warming Planet Means for Wildlife

How climate change is taking its toll on animal behavior

The Magic of Building with Mushrooms 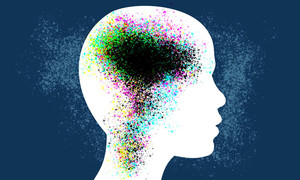 Columbia researchers on how to rewire our most embarrassing, depressing, and guilt-inducing recollections