Three Generations of an Israeli Family and a Palestinian Family. By Lis Harris (Beacon Press). 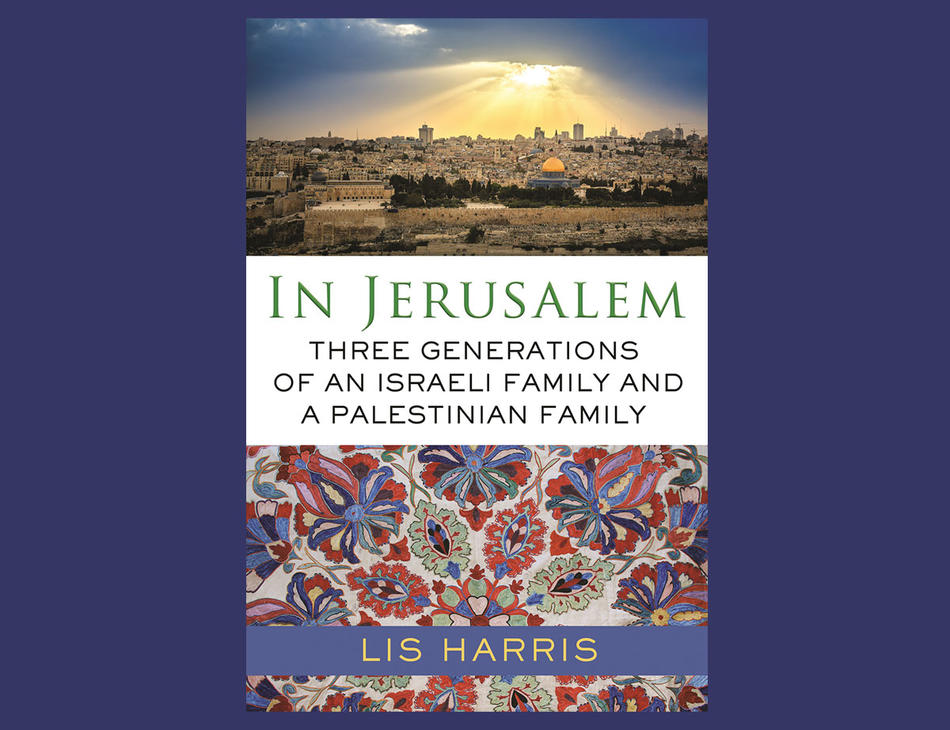 Columbia professor Lis Harris grew up in a secular Jewish family in the United States fully alert, she says, “to the wrongs done to the beleaguered Jews across the ocean,” but with little sense of the “wrongs done to the Palestinian people.” In her latest work, the former New Yorker staff writer and the next chair of the School of the Arts’ writing program challenges that common myopia — what she calls the “reflexively uncritical, loyalty-born view” of Israel — and asks us to look at the Israeli–Palestinian conflict through a new lens.

In Jerusalem grounds the history of the State of Israel, its wars and politics, in the personal stories of two families on either side of the conflict. In West Jerusalem, Harris spends time with Israeli musicologist Ruth HaCohen. Across the border wall in East Jerusalem, she gets to know Palestinian speech pathologist Niveen Abuleil. Harris, who spent more than ten years gathering research and interviews for the book, also introduces us to the women’s extended families.

Ruth and Niveen are accomplished women. Along with their family members, who include lawyers, doctors, and educators, they want peace and a fair solution to the conflict. The highlights of In Jerusalem are to be found in our encounters with these individuals and their collective memories, which Harris shares in careful, generous prose. The memory of the Palestinian village Lifta, which was destroyed in the 1948 war, serves as a touchstone for Niveen’s family’s sense of loss; the promise of a homeland free of oppression and based on righteous Jewish ethics pervades Ruth’s primarily leftist family’s dreams. We meet Israeli and Palestinian family members from three generations and find them all to be profoundly sympathetic, loving, fearful, traumatized, and hopeful.

Two aunts best embody polarizing perspectives on the conflict. Hannah Urbach, Ruth’s father’s sister, escaped Nazi Germany, and her family found asylum in Mandatory Palestine. Hannah’s father had been sent to Buchenwald, and she remembers the trauma of going to the Gestapo headquarters, “with its notorious cells and basement torture rooms,” to try to secure his release. Her memory of the Holocaust and her view of Israel as a refuge from violence is juxtaposed with the experience of Niveen’s aunt. At twenty-one, Rasmea Odeh was accused of terrorism, illegally tortured, and served ten years at the Ramla prison before being released in a prisoner-exchange program. Rasmea’s story is shocking, but the chapter devoted to it is one of the book’s best.

The implicit premise of In Jerusalem is that standard top-down histories fail in their distance from people’s everyday lives. Harris works from the ground up. She engages deeply with both families and does all she can to understand their views and represent them honestly. Recognizing the difficulty of that task, she will sometimes allow her subjects (most notably Ruth’s right-leaning and religiously conservative son, Yotam) to speak for themselves. Harris understands that the rhetoric behind hard-line views can be problematic. As she quotes from a letter written by Ruth and her husband, “We do not enjoy the comforts of emotional coherence and moral clarity.” Still, Harris is clear-sighted and firm in her own view that the Israeli government is more oppressor than victim. She does not condemn the Palestinian people fighting to live in their occupied home of East Jerusalem (but neither will she excuse the violence of Hamas).

In Jerusalem has been published at a critical time in Israeli politics. Harris was able to comment on President Trump’s rash recognition of Jerusalem as the capital of Israel but not on Prime Minister Benjamin Netanyahu’s faltering power and new allegations of corruption. Perhaps the subject will always be timely, though. The conflict seems intractable, and the suggestion that we might find peace and reconciliation if we just look beyond the stereotypes strains belief. Yet somehow, through the people she comes to know in Israel and Palestine, Lis Harris sees hope, and this brave book ultimately helps us see it too.

Top Stories
The Simple Questions That Can Prevent a Suicide
Book Review: Horse
Lets Talk About Sex on YouTube
New Smart Helmet Could Spot Concussions in Real Time
How the Mankiewicz Family Got Their Hollywood Ending
All categories >
Read more from Henry Gifford '19GSAS