A review of The Hyacinth Girl, by Lyndall Gordon ’73GSAS.

In October 2019, librarians at Princeton University broke the metal bands around fourteen boxes that had for more than sixty years guarded the secret of T. S. Eliot’s relationship with Emily Hale, a friend of his cousin’s whom he first met in Cambridge, Massachusetts, when they were teenagers. Over the course of more than a thousand ardent letters, researchers discovered, the poet turned this obscure drama teacher into a mostly unwilling — and always unacknowledged — Beatrice to his questing Dante. Eliot burned almost all of Hale’s letters to him, yet literary biographer Lyndall Gordon ’73GSAS draws from the one-sided archive an even-handed story with a single question at its heart: what is the relationship between a great writer’s private experiences and his public creations?

It is an especially resonant question to ask of Eliot, whose reputation rests on impersonality, the poet as Olympian observer of cultural fracture and human frailty. Gordon is unapologetically gleeful to find, right at the beginning of the correspondence in 1930, Eliot’s clear identification of Hale as The Waste Land’s “hyacinth girl” — previously, she observes, such conjectures provoked “annoyed reviews from men.” And she shows how Hale’s acknowledged presence in the poem can open up, rather than close off, avenues of interpretation.

For Eliot, Hale embodied the pull of the past: in her New England rectitude and directness, her straight back and clear voice, she reminded him of his mother.  Overcome with desire but paralyzed by self-doubt, he moved to England and, in 1915, married a very different muse, the tormented and tormenting Vivienne Haigh-Wood. It would be nine years before Eliot’s relationship with Hale resumed, when, at age forty-two, he wrote her what he called his “first love-letter.”

Newly baptized as an Anglo-Catholic, Eliot refused to contemplate divorce, even after separating from Haigh-Wood and then colluding in her committal to an asylum. When she died there in 1947, he still refused to speak of marriage to the woman to whom, for nearly two decades, he poured out devotion and whom he placed at the core of his finest work. “I am sure there is something most precious and invaluable about unsatisfied desires,” he told her. Despite flashes of eroticism, the idea of Hale remained more poetically important to Eliot than the reality. And so he chose his work over his life — and hers.

Inevitably, a gulf opened up between Hale and her “adoring Tom” after he became a Nobel Prize–winning literary celebrity more concerned with posterity than the present. In 1960, after marrying his young secretary, he composed a letter to be unsealed at the same time as the Hale correspondence. “Emily Hale would have killed the poet in me,” he declared. Eliot intended this statement to posthumously neutralize Hale’s importance. But Gordon makes a compelling case that she mattered: in Eliot’s life and poetry, certainly, but also in her own right.

Top Stories
What Declassified Government Documents Reveal About America’s Dark Secrets
Book Review: Horse
Can the World’s Religions Help Save Us from Ecological Peril?
Drawing Connections with Wendy MacNaughton
Is Objectivity in Journalism Even Possible?
All categories >
Read more from Joanna Scutts ’10GSAS 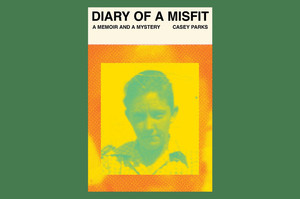 A Queer Mystery in the Bible Belt

In her memoir Diary of Misfit, Casey Parks ’18JRN investigates the story of a Louisiana man with a secret identity