Tales of an American Dreamer

We talk with Steven Millhauser '65CC, a Pulitzer Prize-winning novelist and short-story writer, about his book We Others: New and Selected Stories (Knopf). 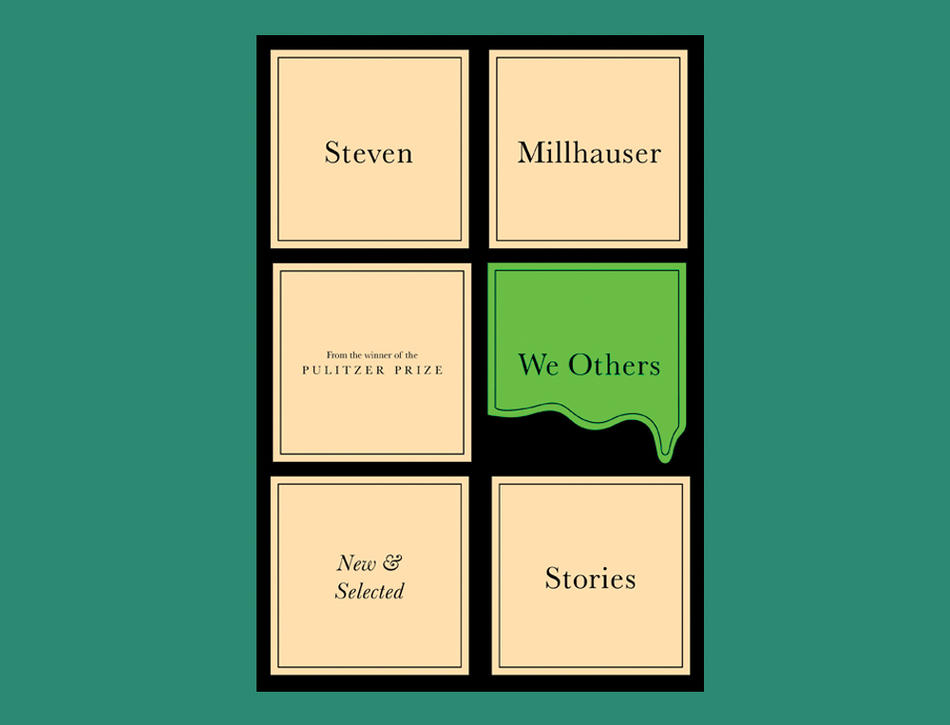 Your new collection is called We Others, which is apt because the shifting voices within communities seem so much a part of your work, and because in the phrase we others, the familiar we brushes up against the strange. How is community and its space important to your writing?

Community is important to my writing in a peculiar way. I often like to begin a story with a community, either an entire town or a representative group from within the town, and then disrupt it. Sometimes the disruption comes from the outside, sometimes from within the community. I enjoy the clash, the battle of opposed psychologies. My impulse toward this kind of disruption is encouraged by the use of we. The we generally represents the group that will suffer disruption. But apart from that, we is an exciting pronoun, because it hasn’t been explored the way I and he/she have been. The possibilities beg to be explored.

Would you revisit any of the fabulous spaces you’ve invented?

In short stories, I sometimes return to a town very similar to other towns — despite small differences, they’re really the same town. This is a deliberate plan. I do the familiar thing so that the unfamiliar can enter.

You have such vivid story titles in this collection, like “The Wizard of West Orange” and “A Protest Against the Sun.” How do you find a title for a story?

I have no idea. But I do know that a title feels absolutely crucial, and that I can’t begin a story until I have its title. Sometimes I think of the title as the first sentence of a story. After all, it’s the first set of words a reader sees; when you read a story, you’ve already been influenced by the title. Think of Thomas Mann’s Death in Venice. The first sentence opens in Munich, but you already know that Munich is a place the character will leave, for some deadly event in Venice. The title penetrates every sentence in a story, but its effect is particularly charged in the first sentence. But quite apart from this little drama at the beginning of every story, the title itself needs to be seductive in some way. It has to make you desire to continue.

What makes a set of stories a collection?

Here are two ways of thinking about this. One is that a story collection must display a clear unity. Examples are collections like Sherwood Anderson’s Winesburg, Ohio, in which all the stories are about the same place and often feature the same protagonist, or Ernest Hemingway’s first collection, In Our Time, in which half the stories are about Nick Adams and the other half, directly or indirectly, are about World War I. The other way of thinking about a collection is that it should include stories written within a span of years. It represents the work of the writer over those years, despite the apparent diversity of settings and characters. The unity, such as it is, comes from the fact that the stories have been produced by the same mind.

As an example of the second category, We Others offers something unusual: new work along with work that’s been previously published. Why did you choose to do this? How did you think about writing or selecting new work to accompany the earlier stories?

The idea for a collection of new and selected stories wasn’t mine. It was my editor’s. The idea was presented as a kind of honor ­— aging writer, time to prepare the coffin. I didn’t choose stories that deliberately connected with earlier stories in the collection. I’d argue that connections of this kind are, in fact, inevitable, since all the stories of a particular writer flow out of the same imagination. I’m always a little skeptical about collections that are praised for their “wide range”: that may be admirable, but it also may indicate a desperate and superficial desire to seem varied. A genuine writer’s sentences are stamped with a spiritual mark as surely as a sheet of fine paper is stamped with a watermark. In this sense, every sentence written by a true writer is the same sentence. The logical consequence is that every story by such a writer is the same story. Do I believe this? Yes and no.

Have your writing habits changed over the years?

They’re the same as always, except that the final version is now on a computer instead of a typewriter. I write by hand, using a yellow hexagonal pencil, in a spiral-bound notebook. When the handwritten revisions threaten to become illegible, I type up a clean version on a typewriter and then make penciled corrections on the typed pages, which I retype and correct, through many versions. Finally, I type the last version into a computer, instead of my old manual Underwood. It ought to stop there, but it doesn’t. I print out the pages, make corrections in pencil, enter the corrected version in the computer, print it out, make more corrections, and so on. It’s a form of madness, though it feels necessary every step of the way. At some point, the madness stops.