Book Review: “The King Is Always Above the People” 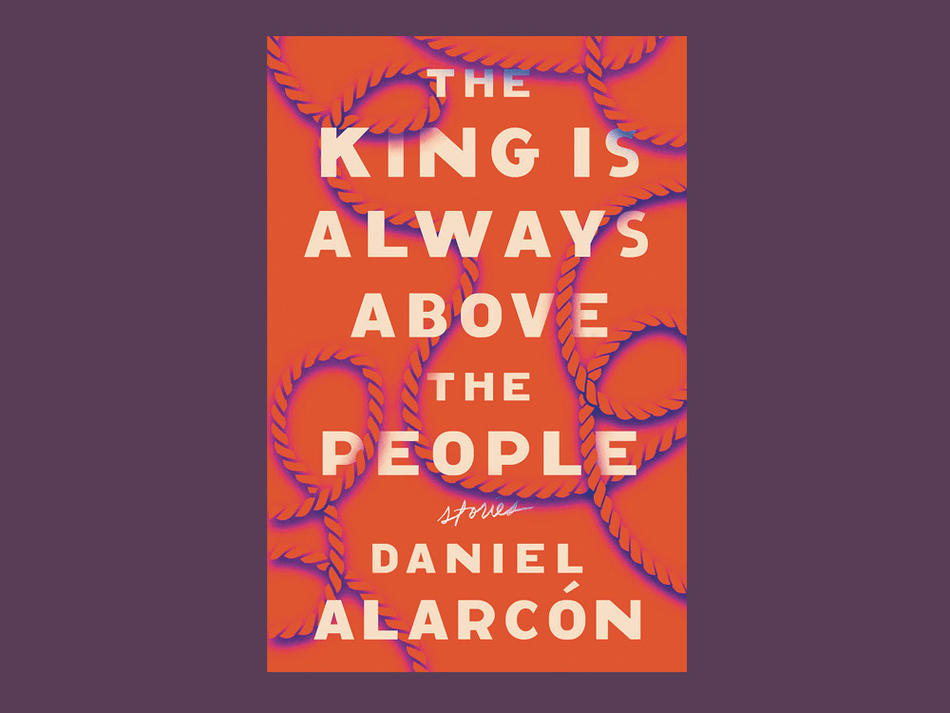 In “The Thousands,” the first story in the gorgeous new collection The King Is Always Above the People, by Daniel Alarcón ’99CC, a group of settlers sneak onto a patch of uninhabited land in the middle of the night. They have until morning to build shelter or the government will legally be able to evict them. The task is daunting, but the settlers are accustomed to hard work and are desperate: “We would raise our children here. Make a life here. Understand that not so long ago, this was nowhere.” It’s an apt beginning to a book about journeys and displacement, about the urgent dream of a fresh start.

“The Thousands” is narrated in the first-person plural — one generation writing to the next — which implies a collective motivation for resettling. But the stories that follow prove that there is no typical migration story. Nearly every character in Alarcón’s book — which was longlisted for the National Book Award — is traveling, or at least casting an eye elsewhere, seeking something better, though their restlessness takes very different forms. In “The Provincials,” a young actor embarks on a road trip to his father’s unnamed hometown, though he actually yearns to follow his brother, who has immigrated to California. In “The Auroras,” a recently divorced college professor takes a leave of absence and travels to an industrial port city, where he stumbles into a complicated relationship with a married woman. And in the title story, the narrator leaves his rural community for a life of solitude in a big city; a pregnant girlfriend lures him back, but even with a child on the way, he can’t imagine his future in their small town.

If anything unites Alarcón’s rich cast of characters, it is that they all seem to be searching not just for a new set of circumstances, but for new identities entirely. The narrator of “The Provincials” stops hoping to join his brother in California and starts pretending that he is his brother, telling distant relatives that he’s just home for a visit. The young man in the title story claims to be an orphan even though his family is alive and searching for him. The mild-mannered college professor in “The Auroras” envisions spending his sabbatical year as a manual laborer, working on the docks. But as he gets further enmeshed in the life of his new lover, he starts to assume new roles. When she tells her friends that he is a medical doctor, he starts giving exams and issuing diagnoses; when she urges him toward a violent act, he becomes the kind of man capable of committing it.

The most heart-wrenching inner battle belongs to the title character of “The Ballad of Rocky Rontal.” Rocky is “a poor boy growing up in a poor city in a poor region of a very rich country.” Gangs help him survive a childhood of abuse, but they also land him in jail for murder; then his younger sister is killed, presumably in retribution. Rocky spends thirty-two years being angry, fantasizing about revenge. He is released into a “world that’s disappointingly familiar.” But Rocky believes that he has the ability to change, to be different from the boy he was when he went to jail, until his will is tested in a potentially devastating way.

Alarcón, who is a professor of broadcast journalism at Columbia, is also the cofounder of Radio Ambulante, a Spanish-language podcast that uses long-form narrative storytelling to report on Latin America, often focusing on his native Peru. It’s likely a fair assumption that many of the stories in The King Is Always Above the People are also set in Latin America, but Alarcón is purposefully reticent about place, rarely giving identifying details; rather, characters travel between “the port city” and “the capital” and “a beach town” and so on. It gives the collection a dreamy, fable-like quality and also emphasizes the universality of Alarcón’s themes. As he proves with this superb collection, moving forward is often messy and sometimes even ill-intentioned; but generally it’s founded on one inherently human principle: hope.

Top Stories
Book Review: Horse
Can the World’s Religions Help Save Us from Ecological Peril?
What Declassified Government Documents Reveal About America’s Dark Secrets
Is Objectivity in Journalism Even Possible?
Learning to Live with the Voices in Your Head
All categories >
Read more from Rebecca Shapiro