Paul Elie ’91SOA, for many years a senior editor at Farrar, Straus and Giroux, is a senior fellow at Georgetown University’s Berkley Center for Religion, Peace, and World Affairs. We spoke with the writer and classical-music expert about his book Reinventing Bach. 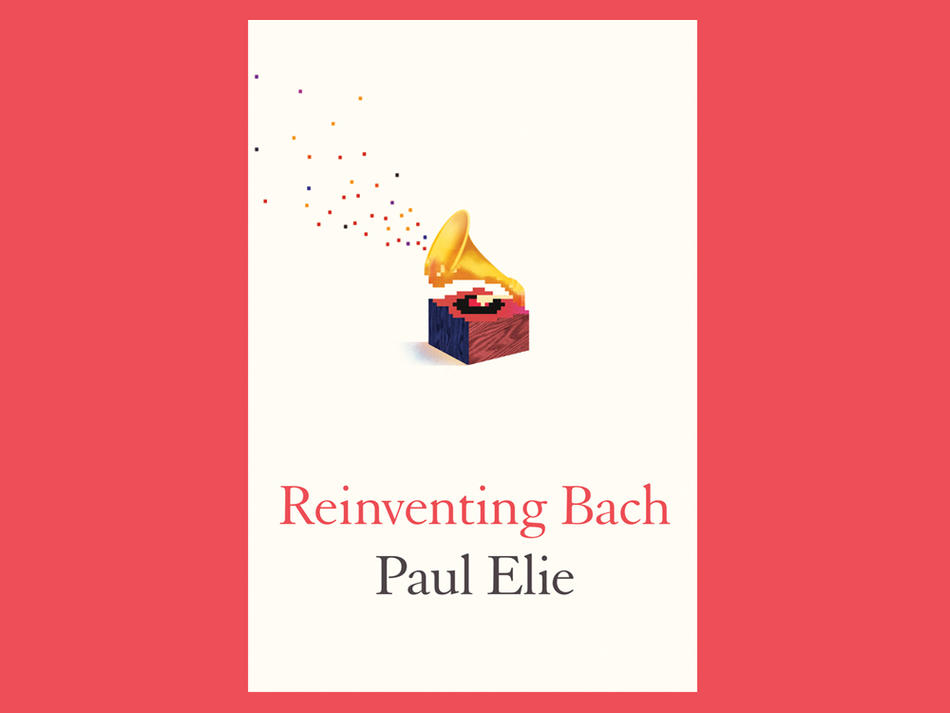 Your book interleaves a biography of Johann Sebastian Bach with profiles of a handful of musicians closely associated with Bach’s music and a history of sound recording. Could you have written a similar book about Beethoven or Mozart?

The book is in part about my experiences, and my experiences were with Bach. Moreover, the literature of Bach, not some other composer, led me to the theme of invention. Bach repurposed his work more than other composers did. The crossover from sacred to secular is more common in his work. There is more transcription of his work for other instruments and other contexts. On top of that, I feel that using other composers in other contexts usually has a popularizing, missionary purpose that changes the identity of the music. Repurposed Bach seems to remain Bach in a way that “A Fifth of Beethoven,” the 1970s disco number, does not remain Beethoven. That’s an aesthetic judgment, but it’s my judgment.

At around the same time, many college students had LPs of Switched-On Bach, by Wendy Carlos ’65GSAS, with music played on a Moog synthesizer.

That was a radical repurposing of Bach, and yet no less a Bach interpreter than Glenn Gould called it “the record of the decade.” Instead of shunning it as an inauthentic bit of musical carpet-bagging or a gimmick, he said that this electronic Bach really is Bach.

Inevitably most of us who are not practicing musicians know Bach through recordings, some of which are very great. But do we know Bach, or do we know Albert Schweitzer, Pablo Casals, Leopold Stokowski, Glenn Gould, Yo-Yo Ma, and Lorraine Hunt Lieberson?

The whole nature of musical influence has changed because of recordings. You’re influenced by particular artists to whose live performances you would not have had access, but also by the aural perfection that is suggested by their recordings. A century ago, most Americans would know Bach from the odd German guy in their town who gave music lessons and played at the local athenaeum. Or maybe you heard Koussevitzky lead a performance of Bach in Boston in the 1930s. That one-time experience would become a musical memory; you had a sense of the music at full power from that one day. It was just in your head, and you couldn’t play it a second time.

You’re a serious thinker about Catholicism; your first book is about a group of Catholic writers at mid-century. Were you attracted to Bach as a composer of religious music — though mostly Lutheran?

Ever since I was a graduate student at Columbia, I have been interested in religious artists and people who managed to have it both ways — who are authentically religious and are true artists, too. That’s the way I feel about Flannery O’Connor and Walker Percy and Thomas Merton and Dorothy Day, and that’s certainly true of Bach. It was out of that yearning for a combination of creativity and spirituality that I went to Bach. As aware as I was of Bach as a Lutheran and as a composer of sacred works, my visceral reaction to the music was primary. I heard it and thought, “Wow, this is it — this is what I like.” I still haven’t gotten over my sense of the rightness of the music and the way that it somehow makes its claim on each of us personally. Bach is one of the most renowned musicians of all time. You know that countless people have loved this music, and yet you feel, somehow, that it’s yours.

You describe intensely personal interpreters of Bach — Stokowski and Gould in particular — as well as the early performance movement, which sought an elusive, authentic Bach. Is Bach still being reinvented in 2012?

Definitely. Just this fall in New York you had Angela Hewitt doing Bach piano music at Le Poisson Rouge, Cameron Carpenter doing very bold Bach organ performances at Lincoln Center, and Chris Thile, a virtuoso mandolin player who got a MacArthur grant, playing one of the Brandenburg concertos arranged for his bluegrass ensemble. Michael Century, a professor at RPI, has just created a Goldberg Variations app that enables you to play and analyze many different recorded versions simultaneously.

When did you start listening to Bach?

When I was a graduate student I listened to WKCR all the time — mainly the jazz programming. Around December 22 every year, they stop playing jazz and start playing Bach for a week straight. The BachFest was the best master class you could ever have. The people presenting the music were remarkably knowledgeable and articulate — about the music, the performance issues and styles, the various great performers. The BachFest is a gift to the city, and it changed my life. When you go into shops around New York and hear the BachFest on the radio, you have the sense that the music of Bach is the people’s music. I feel it every year.

Top Stories
The Simple Questions That Can Prevent a Suicide
The Troubling Legal Implications of Overturning Roe
How the Mankiewicz Family Got Their Hollywood Ending
Lets Talk About Sex on YouTube
Book Review: Horse
All categories >
Read more from Michael B. Shavelson