These acclaimed series — all from alumni showrunners, directors, or screenwriters — are worth watching and rewatching. 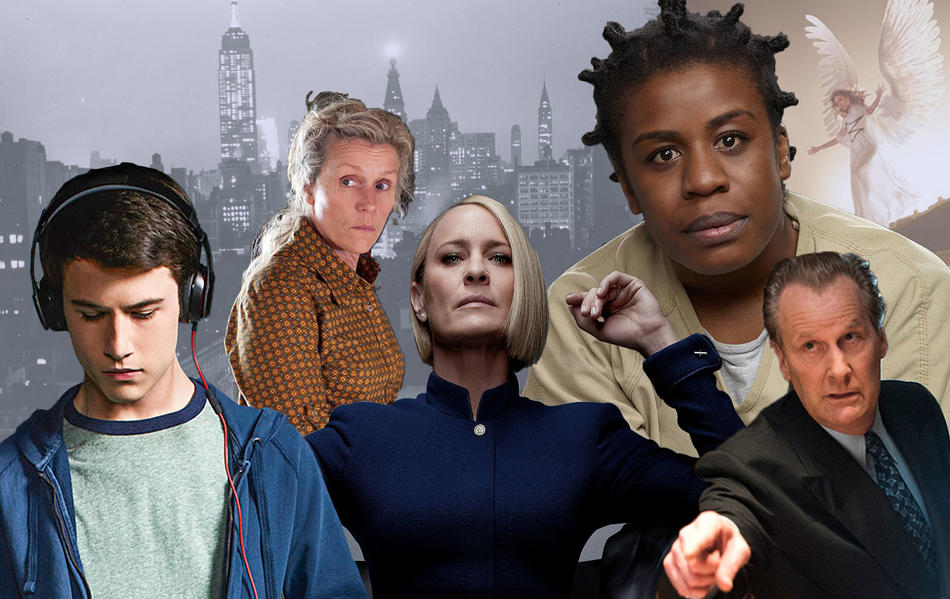 Developed and executive-produced by Brian Yorkey ’93CC, this drama looks at the causes and effects of a high-school suicide and takes a deep, dark dive into the issues of depression and bullying among twenty-first-century teens. Yorkey, a Broadway playwright and lyricist, also tackled mental-health themes in Next to Normal, the 2008 Pulitzer- and Tony-winning musical that he wrote with composer Tom Kitt ’96CC. Stream on Netflix.

This adaptation of Tony Kushner’s 1991–92 play about homosexuality, AIDS, and the Reagan era earned enormous praise at the time of its 2003 release. Kushner ’78CC, ’10HON, already a Pulitzer and Tony winner, received an Emmy for his screenplay. With stunning performances by an ensemble cast that included Al Pacino as the notorious attorney and political fixer Roy Cohn ’46CC, ’47LAW, the six-part show remains one of HBO’s greatest limited series. Stream on Amazon Prime Video or HBO.

Created by playwright and screenwriter Beau Willimon ’99CC, ’03SOA, House of Cards is the show that put Netflix on the map as a producer of high-quality original content — in 2013, the political thriller became the first Web-only series to receive major nominations at the Emmys and the Golden Globes. It also helped kick off the binge-watching era by releasing all the episodes of a season at one time instead of weekly. Stream on Netflix.

Actor and screenwriter Dan Futterman ’89CC co-created this dramatic adaptation of Lawrence Wright’s 2006 Pulitzer-winning book about the origins of the 9/11 attacks. Starring Jeff Daniels as FBI counterterrorism expert John O’Neill, the ten-part series looks closely at the impending threat of Osama bin Laden and al-Qaeda in the 1990s, as well as the US government’s failure to anticipate the terrorists’ cataclysmic plot. Stream on Hulu.

This investigative docuseries is a staple of the true-crime renaissance that emerged in the mid-2010s. Written, directed, and produced by Laura Ricciardi ’07SOA and Moira Demos ’96CC, ’08SOA, the show recounts the true story of Steven Avery, a Wisconsin man who spent eighteen years in prison after he was wrongfully accused of sexual assault and attempted murder, only to find himself back in jail for another murder in 2007. The first season became a cultural phenomenon for its exploration of the flaws in the criminal-justice system and of the complex process of convicting a killer. Stream on Netflix.

In this lyrical and informative eight-part PBS series, documentarian Ric Burns ’78CC, ’83GSAS chronicles the history of New York City in all its grit and glory — from Henry Hudson’s arrival in 1609 through periods of war, mass immigration, unprecedented urban development, crushing poverty, progressive civic reform, and devastating economic collapse, leading up to a chapter on the rise and fall of the Twin Towers. With commentary from Columbia professors including Kenneth T. Jackson and Margo Jefferson ’71JRN, the series is a moving exploration of the innovation, multiculturalism, and resilience that make New York New York. Stream on Amazon Prime Video.

Frances McDormand plays antihero Olive Kitteridge, a prickly retired teacher in a Maine seaside town, in this four-part miniseries based on the 2008 Pulitzer-winning book by Elizabeth Strout. A favorite at the 2015 Emmys, the series landed director Lisa Cholodenko ’97SOA, a filmmaker best known for her 2010 film The Kids Are All Right, an award for outstanding directing. Stream on HBO.

This massively popular dramedy from creator Jenji Kohan ’91CC, inspired by the 2010 memoir by Piper Kerman, takes a humanizing and multilayered look at life in a minimum-security federal prison for women. Known for its diverse and richly developed cast of characters, the show never shies away from weighty topics such as race, criminal justice, sexuality, addiction, abortion, domestic violence, and prisoners’ rights. Stream on Netflix.

Lauded by everyone from professional critics to Barack Obama ’83CC, this limited series is based on the disturbing true story of a series of rapes that took place in Washington and Colorado between 2008 and 2011. Co-executive producer Lisa Cholodenko ’97SOA directed the first three episodes, which begin the show’s central narrative about an eighteen-year-old victim who was falsely accused of — and criminally charged for — lying to police about her attack. Stream on Netflix.

Before she made Orange Is the New Black, Jenji Kohan ’91CC, who had worked for years as a producer and screenwriter on shows like Mad About You and Gilmore Girls, got her big break as the creator and showrunner of Weeds. The dark comedy, which stars Mary-Louise Parker as a widowed suburban mom who embarks on a lucrative career in the illegal marijuana trade, was once the highest-rated program on Showtime. Stream on Netflix.

20 Years Later, "Boys Don't Cry" Still Has Much to Teach Us

Kimberly Peirce ’96SOA, director of the landmark film about the life and death of a young trans man, reflects on the making of a modern classic

The Story Behind the Song: How Broadway Stars Tom Kitt and Ben Platt Created a Columbia Anthem for the Ages

“Oh, Columbia” is a gift for the Class of 2020 and a message of hope for the future 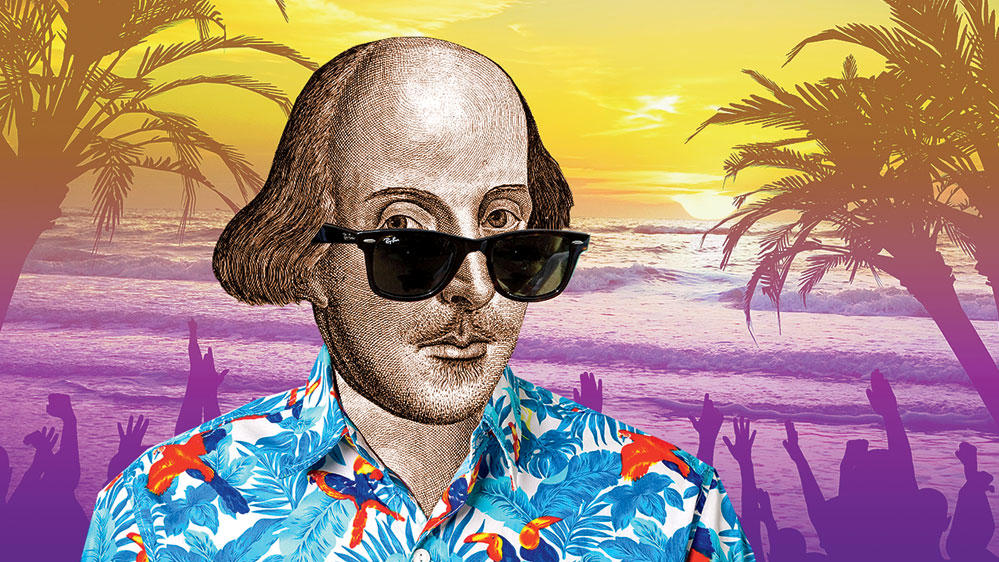 Shakespeare With a Twist