6 Books to Get You Through Winter 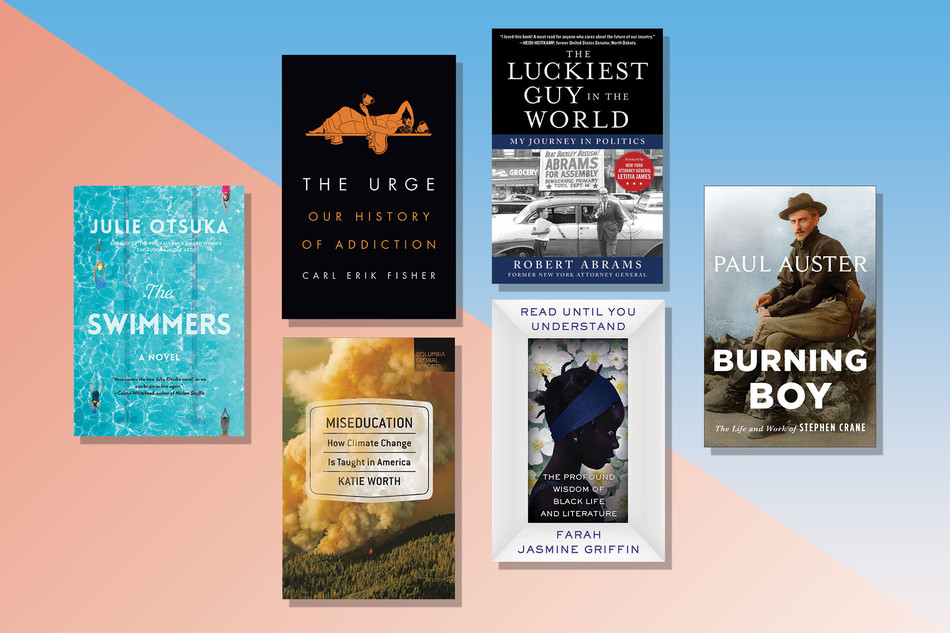 At a community swimming pool, one of the unofficial rules is to be nice to Alice, who swims to escape the reality of her advancing dementia. But when a crack in the concrete forces the pool to close, Alice deteriorates and is plunged into a confusing web of memories, centering around her childhood in a Japanese internment camp. The sparse, elegant novel — the third from National Book Award finalist Julie Otsuka — is collectively narrated by a Greek chorus of the pool’s regulars, people who are strangers in “real life,” but who become important to each other as they gather every day for the same simple purpose.

When Carl Erik Fisher was starting his medical residency in psychiatry, he found himself at Bellevue — not as a doctor but as a patient, suffering from a manic episode brought on by alcohol. After completing a rehab program for doctors, Fisher decided to devote his career to the study of addiction. Now a practicing addiction physician, bioethicist, and professor of clinical psychiatry at Columbia, Fisher is an adept and empathetic guide to the history of this confounding human condition.

By Katie Worth ’15JRN

In her alarming new book, investigative journalist Katie Worth writes that more than a third of young people think that climate change is not man-made — a staggering statistic, and one with dire implications for the future. Worth set out to understand how climate change is taught in different communities across America and found stark differences between red- and blue-state curricula, due in large part to extensive lobbying campaigns funded by the fossil-fuel industry. Worth’s book is useful in understanding not only the climate crisis but also the dangerous spread of misinformation in general.

Read Until You Understand

When Farah Jasmine Griffin — a professor of comparative literature and the chair of Columbia’s African-American studies department — was a child, her beloved father, Emerson, gave her great works of Black literature and told her to read until she understood. Tragically, her father died when Griffin was nine years old, and in his absence, she writes, “African American literature served as a constant spiritual and intellectual companion.” Her elegant new book is part memoir and part ode to these works, particularly the novels of Toni Morrison ’84HON, which helped shape the way she thinks about the world.

The Luckiest Guy in the World

Robert Abrams spent nearly fifteen years — from 1979 to 1993 — as New York State’s top prosecutor. Known for his progressive values, he was unafraid to battle major corporations as he fought for fair housing, access to abortion, environmental justice, and LGBTQ rights. During the Reagan administration, Abrams organized a coalition of state attorneys general to take collective action against the president’s laissez-faire anti-regulatory policies, an unprecedented move that arguably changed the role of the office forever. His compelling memoir chronicles an extraordinary career, from his childhood in the Bronx to his time at Columbia and NYU law school to his term as Bronx borough president to his history-making run as New York’s attorney general.

The late-nineteenth-century writer Stephen Crane lived a life almost too extraordinary to be real. As a young journalist for the New-York Tribune, he wrote an article that some say altered the course of a presidential election; he survived a shipwreck and reported from the battlefields of the Spanish-American War; after penning The Red Badge of Courage, which became an international sensation, he died tragically young, succumbing to tuberculosis at twenty-eight. It’s excellent fodder for Paul Auster, who turns his attention from fiction to biography to tell Crane’s engrossing life story.