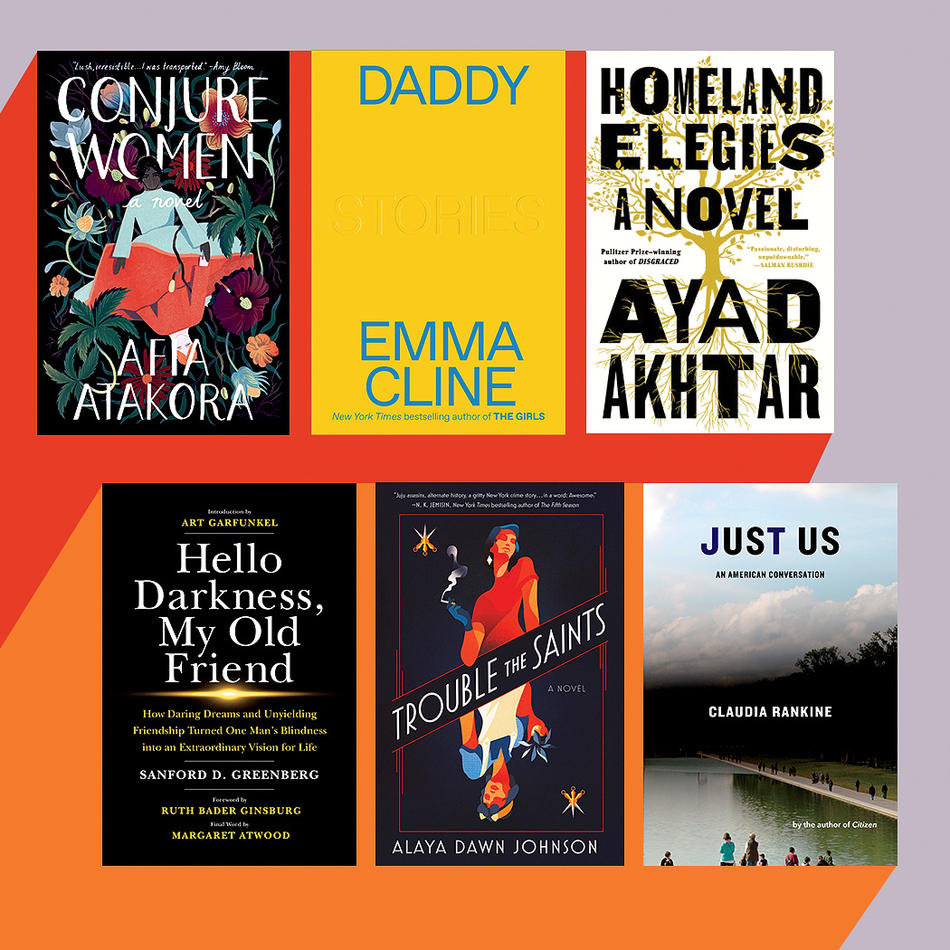 Phyllis LeBlanc, a Black woman living in Harlem on the cusp of World War II, has two distinctive qualities that earn her a job as an assassin for a notorious mob boss: she has superhuman knife skills, and she is sufficiently light-skinned to pass for white. But when LeBlanc reconnects with a lost love, an Indian-American man working as a police informant, she has to make difficult choices about the kind of life she wants to live. Alaya Dawn Johnson’s powerful novel is a period piece imbued with fantasy and magical realism. But her vivid portrayal of the ugliness and violence of racism is all too relevant to the real world of today.

As a Columbia junior, Sanford D. Greenberg — a scholarship student from a working-class Buffalo family — thought he’d already overcome his share of obstacles. But then a bout with glaucoma left him blind. Greenberg was ready to give up; but with grit, determination, and some help from his dear friend Art Garfunkel ’65CC, he went on to earn graduate degrees at Harvard and Oxford, serve as a White House Fellow under Lyndon Johnson, and build a successful career in business and philanthropy.  In his inspiring new memoir — with an introduction by Garfunkel and a foreword by Ruth Bader Ginsburg ’59LAW, ’94HON — Greenberg recounts stories from his full and fascinating life.

Emma Cline’s mega-best-selling debut, The Girls, was about young women in search of a father figure, which they found in a Manson Family–like cult. Now, in her new book of short stories, Cline turns her lens on fathers themselves. Many of the stories are narrated by fathers — a formerly abusive man hosting his grown children for an awkward holiday, a distracted and estranged dad picking up his entitled son after he is kicked out of boarding school, a young farm worker watching his relationship with his pregnant girlfriend fall apart. Cline again proves herself a keen observer of society and of families, and a master of gorgeous, evocative, surprising prose.

It’s the aftermath of the Civil War, and life hasn’t changed much for a group of newly freed slaves on an isolated plantation deep in the rural South — except that their cruel master, Charles, has disappeared, leaving behind his daughter, Varina, who cowers in fear of retaliation from the slaves. Miss May Belle, the local midwife and healer, has been grooming her daughter, Rue, to follow in her footsteps. But then Rue helps with the birth of a “cursed” child with haunted eyes, and soon thereafter a mysterious disease comes to the town. Like two of her three protagonists — May Belle, Rue, and Varina — debut novelist Afia Atakora is a kind of conjure woman herself, crafting characters so vibrant and fully formed that it’s hard to believe they aren’t real.

In his second novel, the Pulitzer Prize–winning playwright of Disgraced and Junk returns to many of the themes that he has explored in the theater — cultural and national identity, religion and discrimination, and greed. But this very personal work hews much closer to Ayad Akhtar’s own life, exploring the relationship between a venerated Pakistani-American playwright and his often reckless and increasingly disillusioned immigrant father as they try to navigate Trump’s America.

America is in the middle of a much-needed reckoning on race, and Claudia Rankine’s breathtaking, genre-bending book couldn’t be more timely. Combining essays, poetry, and images, Just Us is a deeply personal account of the micro- (and macro-) aggressions that Rankine faces as a Black woman every day and a rumination on both white privilege and the disturbing rise of white supremacy. As the subtitle (“An American Conversation”) suggests, this is more than just a book about racism; it’s an invitation to participate in an uncomfortable but vital conversation about a critical moment in history