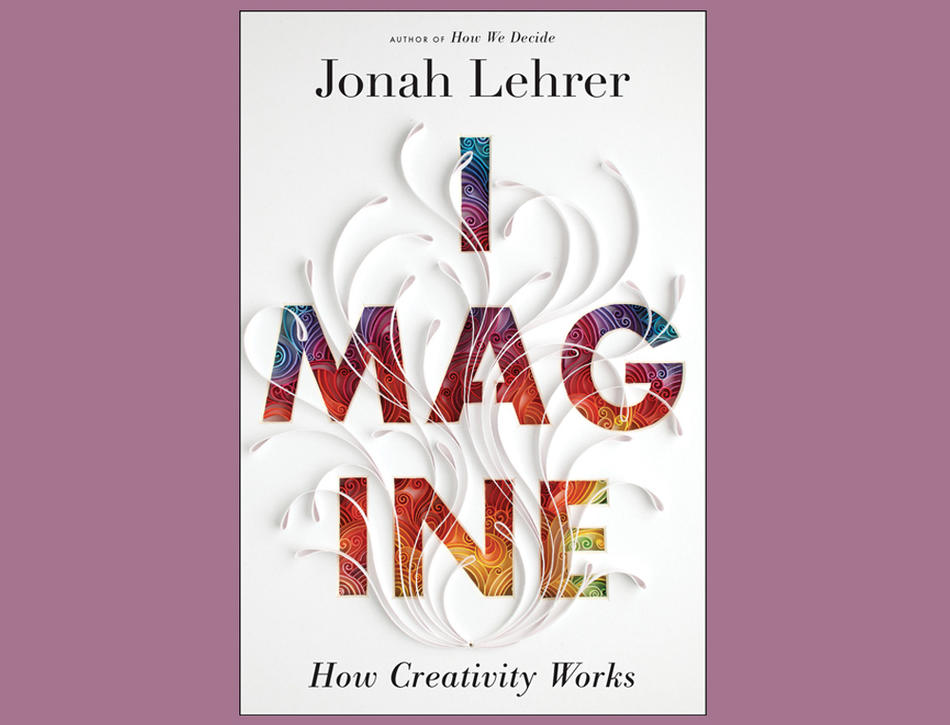 “The Proust madeleine phenomenon,” wrote the great journalist and gastronome A. J. Liebling ’25JRN, “is now as firmly established in folklore as Newton’s apple or Watt’s steam kettle. The man ate a tea biscuit, the taste evoked memories, he wrote a book.” Had Proust a heartier appetite, and fueled his talent with a full menu of oysters, steamers, scallops, lobster, and duck, Liebling ventured, “he might have written a masterpiece.”

The workings of genius fascinate us, not least because we secretly believe that if only we could arrange our lives just so, we would yet prove geniuses ourselves. If we woke up early, exercised, ate the right breakfast, found a quiet room and an attractive notebook, we might all emerge Shakespeares, Mozarts, and Picassos.

Are we right? Jonah Lehrer ’03CC, a science journalist and, as of June, a New Yorker staff writer, seems to want us to keep hope alive. In Imagine: How Creativity Works, Lehrer sends dispatches from labs where neuroscientists are charting our creative brains and tours companies where managers are manipulating work conditions to boost innovation. Splicing together research studies with anecdotes about artists and inventors, he makes a nebulous case for the notion that there is plenty we can do to make ourselves more creative.

Lehrer begins the hunt for the neurological mechanism of insight with Mark Beeman, a cognitive neuroscientist at Northwestern University. By studying patients with right-brain damage, Beeman concluded that the right brain, once considered the junior partner of the analytical left brain, is responsible for the vague but crucial job of finding “subtle connections between seemingly unrelated things.” But how do the two hemispheres interact during moments of insight? Beeman, with his colleague John Kounios, used fMRI and EEG readings to map the brains of people as they solved language puzzles. Beeman and Kounios found that their subjects worked as hard as they could, then got stumped, then complained about getting stumped. Finally, in a flash (and sometimes aided by a hint), the left brain deactivated and the right brain lit up with high-frequency gamma waves in a small fold of tissue called the anterior superior temporal gyrus. Insight had struck.

How can we coax our brains to make this leap from frustration to epiphany? According to the research of a British psychologist named Joydeep Bhattacharya, Lehrer tells us, neural alpha waves are an essential precondition. Alpha waves are associated with relaxation, so it should be no surprise that taking a warm shower or going on a long walk can stimulate creativity. Daydreaming, too, can help us stitch together our more rational thoughts, according to the work of another scientist, Marcus Raichle, who conceived his research after noticing that the brain was strikingly active while subjects’ minds were drifting off. During these periods of reduced outward stimulation, it seems, the mind turns inward and begins sorting and reordering its previous thoughts. The challenge for those hoping to channel their daydreams into creativity is to maintain just enough attention to harness these new connections.

Lehrer explores other scientific discoveries, too, but he is always eager to alternate between science and the world of commerce to show creative people at work and the conditions that contributed to their success. He tours the campus of 3M, founded in 1902 as the Minnesota Mining and Manufacturing Company but today famous for having invented Scotch tape and the Post-it note. He looks in on Pixar Animation Studios, which in the past seventeen years has turned out hit after hit. Here and elsewhere, Lehrer observes employees who are encouraged to vary their routines, take breaks, cross traditional departmental boundaries, collaborate, converse.

It is in his effort to turn science journalism into service journalism that Imagine goes astray. From the start, Lehrer is at pains to assert that the book’s conclusions are counterintuitive. “For most of human history, people have believed that the imagination is inherently inscrutable, an impenetrable biological gift,” Lehrer writes. By letting us peer inside the brain and teaching us how to tap into our inherent creative tendencies, Lehrer tries to show us how to rig an unriggable system. But his cheats are the ones everyone already knows: Take a walk! Take a break! Take a trip!

“There’s something deeply surprising about these data,” Lehrer writes, but not only does Imagine contain few surprises, in attempting to transform small scientific developments into a self-help program, it stretches the science beyond all coherence and utility. Happiness promotes one aspect of creativity, sadness another. Imagination, creativity, genius, and commercial success are hardly distinguished. With all these examples of self-betterment interspersed with stories of genius, how can readers help but take away the promise that they are only a few warm showers away from becoming Shakespeare?

And Lehrer does not shy away from explaining even Shakespeare’s talent, walking us through the conditions that enabled his creativity: a dense urban center, a thriving theater culture, a rising literacy rate, the printing press. Shakespeare borrowed plotlines from other writers and spun them into gold, says Lehrer.

It was the welter of Elizabethan England that inspired him
to become a playwright and then allowed him to transform
himself from a poor imitation of Marlowe into the greatest
writer of all time. Shakespeare is a reminder, in other words,
that culture largely determines creative output.

But who disputes that people’s lives and efforts are influenced by social conditions? How much of Shakespeare’s greatness does that explain? In the end, Lehrer identifies only the characteristics that Shakespeare shared with his contemporaries, leaving us to wonder what distinguished him. Lehrer peels back each layer and gives up when he reaches the one that interests us: the kernel, the spark.

“The source of every new idea is the same,” writes Lehrer. “There is a network of neurons in the brain, and the network shifts. All of a sudden, electricity flows in an unfamiliar pattern, a shiver of current across a circuit board of cells.” But this is not the source of a new idea; it is the parallel story of the mechanics. By intercutting lessons about gamma waves with anecdotes about poets, Lehrer attributes too much explanatory power to these mechanisms. At the end of the book, the imagination seems just as mysterious as at the beginning.

Top Stories
The Simple Questions That Can Prevent a Suicide
The Troubling Legal Implications of Overturning Roe
How the Mankiewicz Family Got Their Hollywood Ending
American Seoul: Eric Kim’s Fresh New Take on Korean Cuisine
Lets Talk About Sex on YouTube
All categories >
Read more from Joshua Friedman '08JRN