Book Review: "No Book but the World" 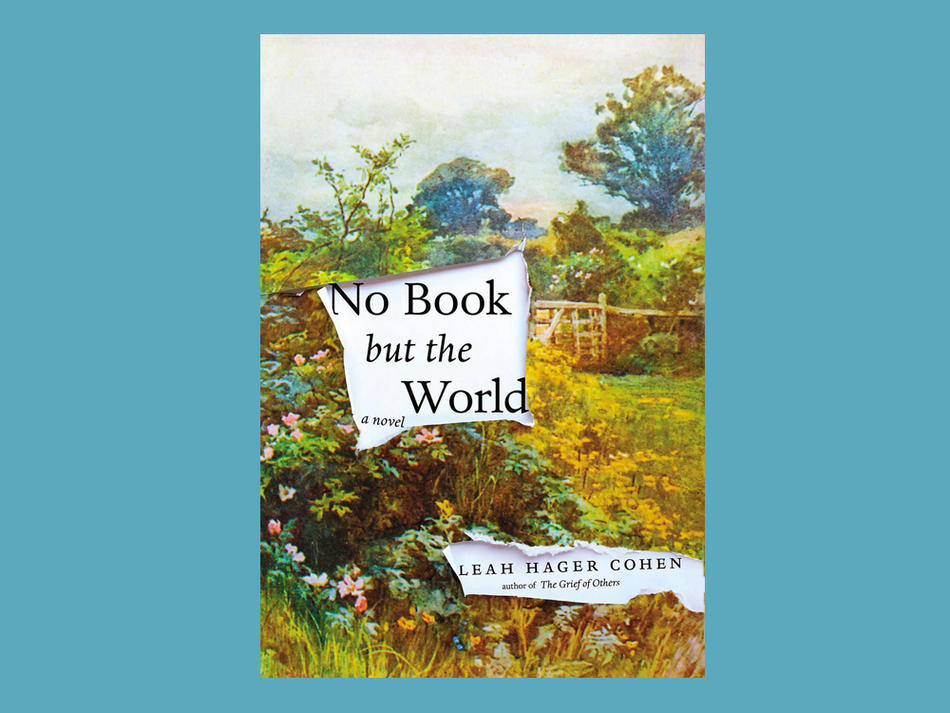 How do we judge those who are closest to us? Is empathy something we can offer and withhold at will? Is there a moral line beyond which it cannot reach? One of the most satisfying aspects of reading Leah Hager Cohen’s new novel, No Book but the World, is watching her struggle with these complex questions.

The catalyst for these questions is a terrible crime: the murder of a young boy. Standing accused is Fred, the brother of our protagonist, Ava.

Fred is not like most other men. He is both lesser — unable to control his emotions or relate to the world around him — and greater — a beautiful savant who quotes lines from his favorite book, The Little Prince. We never learn his diagnosis, because there never was one; his father saw Fred’s differences and difficulties simply as part of who Fred was, and refused evaluation or therapies. From the first page, we can feel Ava’s mix of helplessness and tenderness toward her brother: “Oh Fred. Oh Freddy.” It feels inevitable that she would one day become his caretaker.

Human guidance has always been discouraged in Ava and Fred’s family. Their father, Neel, was a kind of education prophet, a man who spoke at conferences, was quoted in textbooks, and founded his own “free school,” called Batter Hollow, deep in the woods. Batter Hollow’s educational philosophy was based on the ideas of Jean-Jacques Rousseau, or, as Ava knew him as a child, “Jay-Jay.” By the time Ava and Fred were tromping around and being free-schooled, they were the only pupils left in the isolated compound of rundown outbuildings.

In Ava and Fred’s family, as at Batter Hollow, nature was the chief teacher. In one memorable scene, the young Ava races into Neel’s study hysterical and howling with pain after scratching herself on a nettle, astonished as much by the pain as by the audacity of nature — so far, her main companion aside from Fred — to harm her. Ever distant, Neel attends to her as a scientist monitoring an experiment rather than a father comforting his daughter; after she quiets down, Neel requests that Ava show him the nettle, and they both observe its properties, harvest it, and turn it into a soup they then consume, transforming the experience into a metaphor he recounts in essays and speeches. Ava absorbs Neel’s lessons, albeit with mixed emotions, but Fred lives in his own world.

The novel is told in alternating perspectives, though the first shift comes as a surprise, and a somewhat unwelcome one. By the book’s halfway point, we are entrenched in the story as told by Ava, and comfortable in her skin and brain (or at least comfortable with her own discomfort). In the shorter sections that follow, we see the world through the eyes of Ava’s husband; then through the eyes of his sister, Kitty; then — masterfully — through Fred’s own eyes, before we return to Ava for the final clutch of pages. After the shock wears off, it becomes possible to appreciate how the different sections work to illuminate one another and the growing mystery of the young boy’s death.

Cohen ’91JRN, who grew up on the grounds of a school for the hearing impaired and wrote about the experience in her first book, Train Go Sorry, is sensitive to the power of sound and silence. The novel is startlingly quiet. There is the insulating quiet of the forest surrounding the children in Batter Hollow. There is the invasive quiet of the bed and breakfast where Ava stays while in Perdu, where her every breath and step are on display. There is the unnerving contemplative silence of Neel, clinically detached from his children and unable to respond to their joys or pain. Even in Ava’s work as a traveling “Singalong Lady” for toddlers, the percussive clangs made by her maracas and triangles are muted, a secondary soundtrack to her thoughts as she scans the children for similarities to her brother.

Empathy makes us human; it is what enables Ava to love Fred no matter what. So when Cohen finally lets us into Fred’s head, we encounter the greatest challenge yet to our capacity for empathy: Fred is unbearably, rawly human.

This is a difficult book. It contains love and beauty, and also darkness and hate. But just as Neel and Ava boiled nettles into soup, Cohen guides us to a deeper understanding of Fred’s experience, and our own.