A Memoir of Motherhood, Disability, and Discovery. By Rachel Adams (Yale University Press) 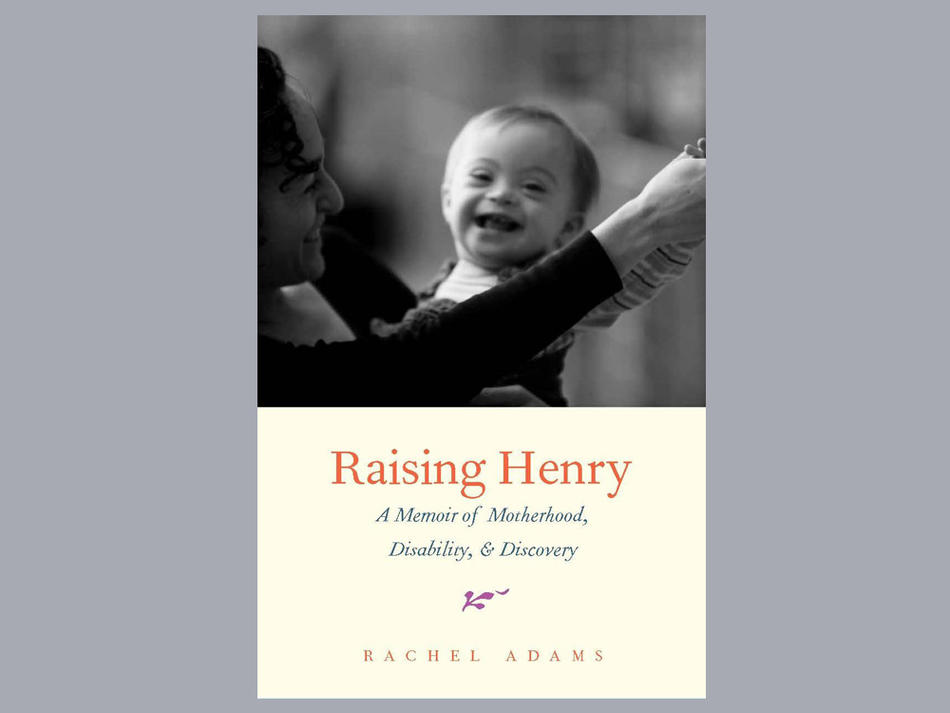 The end of the first chapter of Rachel Adams’s Raising Henry: A Memoir of Motherhood, Disability, and Discovery finds Adams on the maternity ward of a hospital on Christmas night. Her husband, Jon, has just left her with a bag of cake before heading home to care for their first son, Noah. Up to this point, a detached calm has pervaded the writing, even the gory delivery details. But here, alone in her room, Adams falls apart. “I’d like to say I cried because I was worried about the baby upstairs in the NICU. But I didn’t feel much of anything for him. I was mourning the loss of the son I thought I was going to have and the family I imagined we would be.”

Adams, a Columbia professor of English and comparative literature, had her near-perfect family until that evening in the hospital room. She had met her husband at UC Santa Barbara and fallen in love while they were teaching assistants for a large lecture class on Shakespeare. She went on to publish a book that helped her earn tenure at Columbia, and along with Jon, now working as a lawyer, welcomed Noah into their faculty-housing apartment on the Upper West Side. But then she gave birth to a silent baby boy, and, minutes later, was told he had Down syndrome.

This is not the saccharine strain of “mom-oir” that we’ve come to expect. Instead of baby-bottle mishaps and sleepless nights played for laughs, we find the narrator and her husband awkwardly struggling to wrench a feeding tube down their newborn’s throat with a disapproving nanny as audience. In place of the judgmental neighbor clucking about her brand of juice box, Adams is faced with colleagues at cocktail parties asking, “Didn’t you get tested?” The grim assumption that none of her progressive peers dare to speak aloud is that Adams would have chosen to terminate her pregnancy had she known what her son would be like — an already painful and personal consideration made more so since they were often looking directly at Henry as they asked the question.

Some of the best memoirs are written to make sense of things, to put a catastrophe into order. By remaining logical and controlled, Adams allows space for readers without her experience to connect with her ideas. At times this distance can be frustrating — the chapters often feel like linked essays without the full texture of an immersive memoir. The isolated, idea-driven chapters seem to mimic the way a new mother’s brain is sometimes forced to work — depth in small doses, when time allows.

But this is no ordinary new mother. Adams’s first book, Sideshow U.S.A.: Freaks and the American Cultural Imagination, made her uniquely tuned to disability, and society’s view of difference: “Freaks were also deeply disturbing because they reminded the spectator of all the ways she wasn’t quite normal.” Viewing her son’s situation through this lens, Adams quickly comes to the fierce conclusion that her son is not a tragedy, and she won’t suffer anyone who looks at him as such.

After researching Down syndrome, Adams was left “wondering where we would find Henry in the midst of this avalanche of symptoms and characteristics. How would we make room for our baby to develop an identity of his own, and would we be able to recognize it apart from his diagnosis?” When she was a child, Adams had watched her mother die of lung cancer, and she was determined that her home would not be defined by illness. Henry was not sick; Henry was simply Henry. Watching Adams herd early-intervention therapists, catalog paperwork, juggle doctor visits, and fight to gain entry to preschool is exhausting. But there is beauty and joy here, too, of a special sort.

Early on, some of the treacly books and websites that Adams had read suggested that Henry might teach his parents “the lessons of patience, humility, and tolerance ... that our son was an angel, or that God had chosen us to be his parents.” That Adams transcends these pedestrian story lines herself is a welcome surprise. The narrator’s worldview never really shifts — she remains an anxiety-prone “Eeyore.” But in the beginning of this story, she wishes Henry were anyone but the baby he is. By the end, she doesn’t want him to be anyone else.

Top Stories
What Declassified Government Documents Reveal About America’s Dark Secrets
Book Review: Horse
Can the World’s Religions Help Save Us from Ecological Peril?
Drawing Connections with Wendy MacNaughton
Is Objectivity in Journalism Even Possible?
All categories >
Read more from Kelly McMasters '05SOA