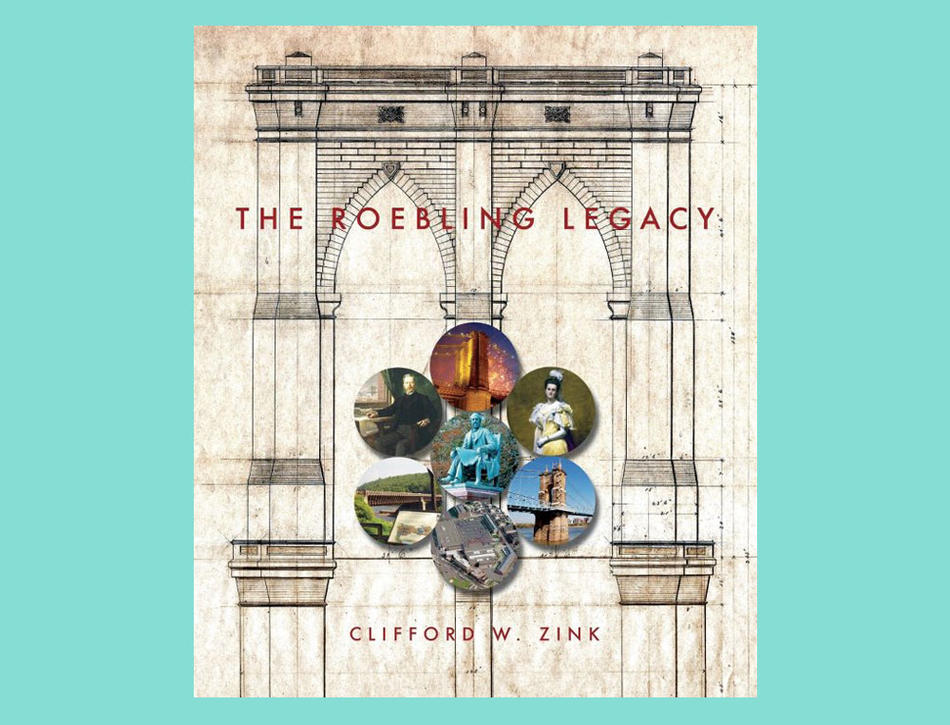 “Between New York and Brooklyn there is nothing in common, either in object, interest, or feeling,” proclaimed General Jeremiah Johnson, a Brooklyn city father, in 1834, “unless it be the waters that flow between them.” But as Brooklyn’s western shore filled with factories and its docks with ferries, at least one man came to believe that those waters must be bridged.

That man was John Augustus Roebling, a Prussian-born engineer and wire-rope manufacturer in Trenton, New Jersey. Roebling had patented a method of spinning wire strands into mighty cables in midair, using a traveling wheel to pull the strands across the abyss. In 1857, Roebling began a decade-long campaign for an East River bridge. “Of the same width as Broadway,” he wrote, “the Bridge will form a great avenue between the two cities.”

In The Roebling Legacy, Clifford W. Zink ’85GSAPP chronicles the family’s achievements and setbacks: how Roebling died suddenly before construction even began; how his son Washington reluctantly took up his father’s post, only to be taken ill himself and forced to oversee the project from his study in Brooklyn Heights. A photograph captures the fragile, hopeful moment in 1877 when the bridge directors gathered to mark the first passage of the traveling wheel.

When the Brooklyn Bridge finally opened, on May 24, 1883, it was praised as a triumph of human ingenuity. “It so happens that the work which is likely to be our most durable monument ... is a work of bare utility,” wrote the architecture critic Montgomery Schuyler. “Not a shrine, not a fortress, not a palace, but a bridge.”