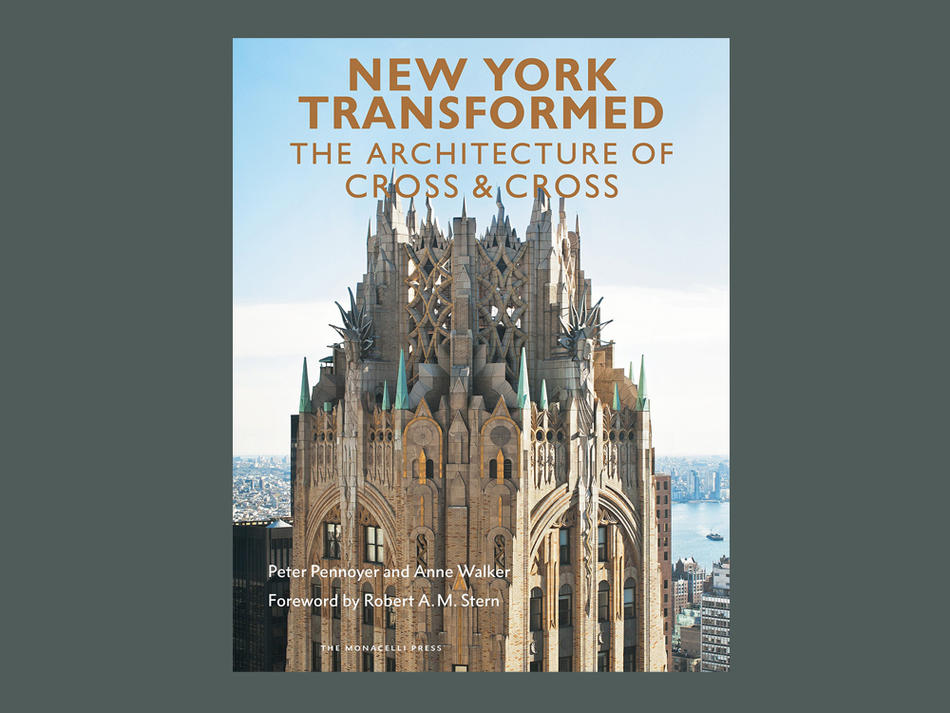 When the patrician brothers John W. and Eliot Cross established their architectural firm in 1907, Manhattan was, if not a blank slate, then a slate with a lot of blanks. The opening of the IRT subway and the creation of Park Avenue, along with the limitless wealth pouring into the city, meant that entirely new neighborhoods were waiting to be designed and built. As Peter Pennoyer ’80CC, ’84GSAPP and Anne Walker ’00GSAPP write in the fourth of their series of excellent architecture monographs (with first-rate present-day photographs by Jonathan Wallen), “Cross & Cross was incredibly well positioned to take advantage of the various opportunities the era afforded it.”

John, who handled the creative side, studied at Yale, Columbia (which had little to offer in architecture at the time), and the École des Beaux-Arts in Paris; Eliot, the more business-minded of the two, studied at Harvard. Their earliest commissions were for Colonial Revival townhouses and clubs; soon they expanded to residential hotels, apartment buildings, and country homes. (Cross & Cross designed the expanded Church of Notre Dame, just east of Columbia on Morningside Drive.) Eliot’s knack for property development broadened the partnership’s reach to such projects as Sutton Place, which they supervised but did not design. In the late 1920s, the firm’s emphasis shifted to commercial buildings, and it is these banks, stores, and office towers — Lee Higginson Bank, Tiffany’s, City Bank–Farmers Trust Company — that are Cross & Cross’s most distinctive contribution to New York’s cityscape.

Cross & Cross had no signature style, but was “talented at designing anything from an elegant Georgian townhouse to a stripped modern skyscraper.” The art-deco RCA Victor Building at 570 Lexington Avenue (not the one at Rockefeller Center) captured “the exhilaration and excitement of radio communication in the modern age.” Below, the RCA Victor Building’s pink marble and aluminum lobby.

Top Stories
The Simple Questions That Can Prevent a Suicide
Book Review: Horse
Lets Talk About Sex on YouTube
New Smart Helmet Could Spot Concussions in Real Time
The Troubling Legal Implications of Overturning Roe
All categories >
Read more from Michael B. Shavelson