Book Review: "The Year of the Gadfly" 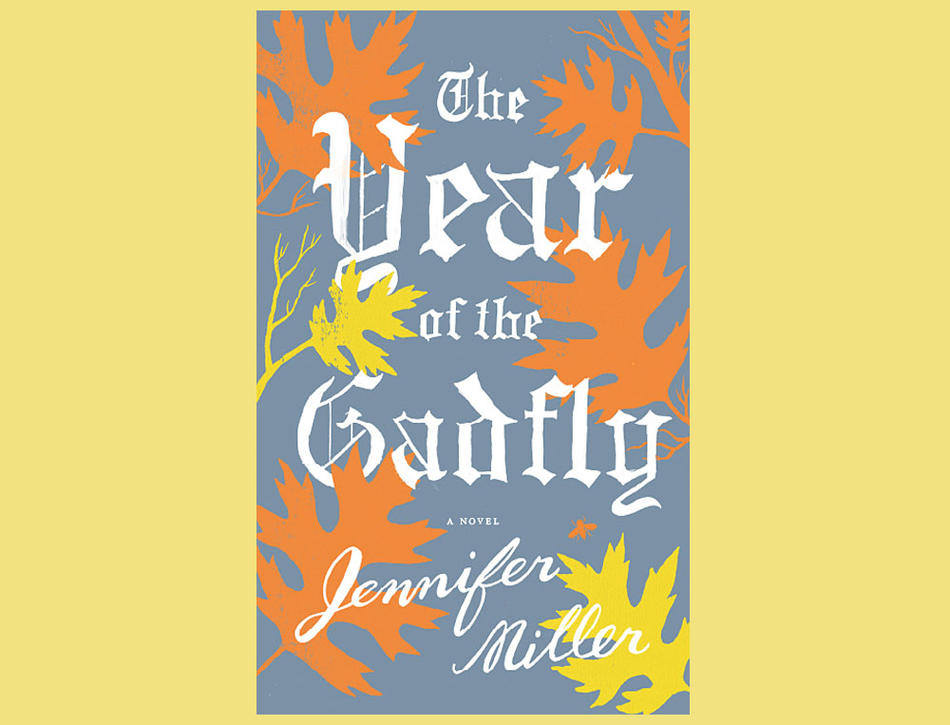 Jennifer Miller’s first book won some heavy-duty praise. Inheriting the Holy Land, a nonfiction account of an idealistic program that brings Israeli and Palestinian kids to Maine and helps them to hash out their differences, was blurbed by such luminaries as Madeleine Albright and Elie Wiesel, and deemed “a superb book on a crucial issue of our time” by School Library Journal. Miller ’08JRN, ’11SOA, said the Washington Post, was a “voice worth listening to.”

Seven years later, Miller’s voice is changing. Her second book is a novel called The Year of the Gadfly, and the gadfly in question, fourteen-year-old Iris Dupont, is nosy, shrewd, pesky, gimlet-eyed, and hard-bitten, for an adolescent. She is, in other words, an aspiring journalist, though she’s still growing into her toughness, which she also uses as a defense to counter her social unease. She’s soft as sponge cake inside.

A spunky new student matriculating at the fabled Mariana Academy, Iris is a know-it-all who covers her vulnerability with sass, a wiseacre whose obnoxiousness is so beyond the pale that it’s endearing. As one of her teachers says, “Of all my students she was the most eager, the most enthusiastic, and, unfortunately, the most exasperating.”

All of which makes us quickly grow fond of Iris, which is fortunate, because the plot she gets entangled in feels too knotty by half. It involves a series of switchbacks, double-crosses, and convoluted blackmail schemes, all hinging on the implausible death of a student many years earlier.

Still, the book has considerable charms. Miller has the conventions of prep-school lit securely in hand: the clique of cruel popular girls, and the awkward nerds who, when attempting to play baseball, get distracted by grasshoppers in the outfield. Mariana is the sort of place whose classrooms are full of students with copies of Ayn Rand stuffed in their back pockets, “guzzling information as if their brains were gas tanks.” A group of troublemakers, hiding behind pig masks, think they can restore an ancient code of honor by doing dishonorable things. Sleepover parties are ironic to a fault (“The idea is to illuminate the hypocrisy of clichéd teenage social interaction by actively confronting those clichés and thereby subverting them”). Self-pity is endemic. De rigueur complaints are perfectly over the top (another exclusive school is not only “worse than the state pen” but “like the sixth circle of hell”). Conspiracy theories abound, as do amateur detectives, on the lookout for clues! clues! clues! while waiting for something real to happen.

To the familiar prep-school staples our precocious protagonist adds some original wrinkles. Her version of an imaginary friend is the ghost of Edward R. Murrow, whom she consults for spiritual and journalistic advice, always addressing him by his last name in semi-affectionate jocularity. Wrapped in an overcoat and wreathed in cigarette smoke, the great man unburdens himself of such banalities as “We can deny our heritage and our history, but we cannot escape responsibility for the result” until Iris finally wearies of him, realizing he’s just as pretentious and flawed as the rest of us. Good riddance to the Camel haze!

The teenage angst in The Year of the Gadfly is miles more indulgent than the garden variety found in such recent boarding-school classics as Donna Tartt’s The Secret History and Curtis Sittenfeld’s Prep. Nary an eye in Gadfly is dry; nary a nostril is not raw from crying. Throats are constricted as though “bitten by something venomous,” lifelong friends are split apart “the way lightning splits a tree,” and getting through the day is “like slogging through four-foot snowdrifts.” In the span of one hyperbolic three-page section, not one but two characters pound their fists into lockers and countertops. Another is rumored to have tried to wipe the freckles off her body with Clorox. Miller is more inclined to name the problem (“angst is like the chicken pox—anyone under the age of twenty-five is susceptible) than to actually show it unfold.

On the other hand, the author is capable not only of putting together a winning main character but also of crafting one lovely sentence after another: “Her hair resembled a knotted ball of chestnut yarn.” “They were prone to spontaneous laughter as if their minds were linked by some mental open-source network.” “She just looked at me with those lusterless eyes, the color of a mildewed pond.” “The diner — the only one in town — glowed like a fluorescent fish tank.” “To my fourteen-year-old eyes, her large pink areolas were like ice-cream cones licked flat.” The descriptions of kissing alone justify the price of admission.

After such a mixed bag of a book, should Miller attempt another novel or go back to the sort of nonfiction that won her such accolades her first time out of the gate? I hope she chooses nonfiction. As Miller knows better than anyone, there is no shortage of real angst in the world for her to write about, without trying to spark fire from the damp twigs of high-school melodrama.