Columbia scientists say they’ve found a genetic link to rolandic epilepsy, a childhood seizure disorder that causes the face, mouth, and throat to go numb, sometimes for an hour or more.

The scientists, led by Columbia pediatric neurologist Deb Pal, analyzed DNA samples from 194 children with rolandic epilepsy, from their family members, and from a control group. The researchers concluded that mutations of the gene ELP4 are strongly associated with rolandic epilepsy, a common disorder whose genetic basis, until now, was a mystery. Scientists already knew that ELP4 creates proteins that are necessary for building neuronal networks in early childhood. They also suspected that if this gene was expressed improperly, the brain’s electrical wiring could turn out faulty. But the Columbia study is the first to link ELP4 to a specific disease; the paper appeared in the February issue of the European Journal of Human Genetics.

According to Pal, this discovery is just the first step in understanding rolandic epilepsy, which probably results from the malfunctioning of dozens of genes. As more genes are identified as part of the pathology, Pal says, better diagnostic tools and treatments may be developed. He points out that, today, antiepileptic drugs are blunt instruments; scientists know little about what causes epilepsy, so they treat it with chemicals that dampen electrical activity throughout the entire brain, often with unintended consequences. Drugs for rolandic epilepsy can have serious side effects, including hyperactivity and sleeplessness.

“If we knew the actual causes of this disorder at the genetic level, then we could develop treatments that target the specific genetic pathways at work,” says Pal. “This finding hopefully will help lead us to the right intervention."

Rolandic epilepsy affects about 15 percent of children who have epilepsy and typically disappears in late adolescence. Pal suspects that it isn’t the only disorder that stems from a mutation of the ELP4 gene. In fact, his research team identified ELP4 by working backward from a type of abnormal electrical activity, called centrotemporal spikes (CTS), that they had observed in the brains of children with rolandic epilepsy as well as in the brains of their relatives with other types of epilepsy or with developmental problems, such as attention-deficit/hyperactivity disorder and speech dyspraxia. Pal hypothesizes that ELP4 plays a key role in causing CTS and that other genes then determine whether a full-blown neurological disorder results, and if so, which one.

“On top of CTS, there have to be other factors that tip you over the edge from brain-wave abnormality to seizures,” says Pal. “There are a lot more genes we still need to find.” 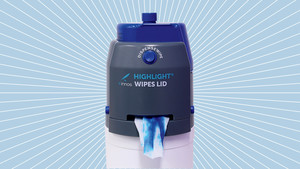