A decade after graduating from college, lawyer and former reporter Stephanie Staal ’93BC, ’98JRN set out to revisit her former feminist self by returning to the movement’s foundational texts — and to Barnard. We talk with her about her book Reading Women: How the Great Books of Feminism Changed My Life. 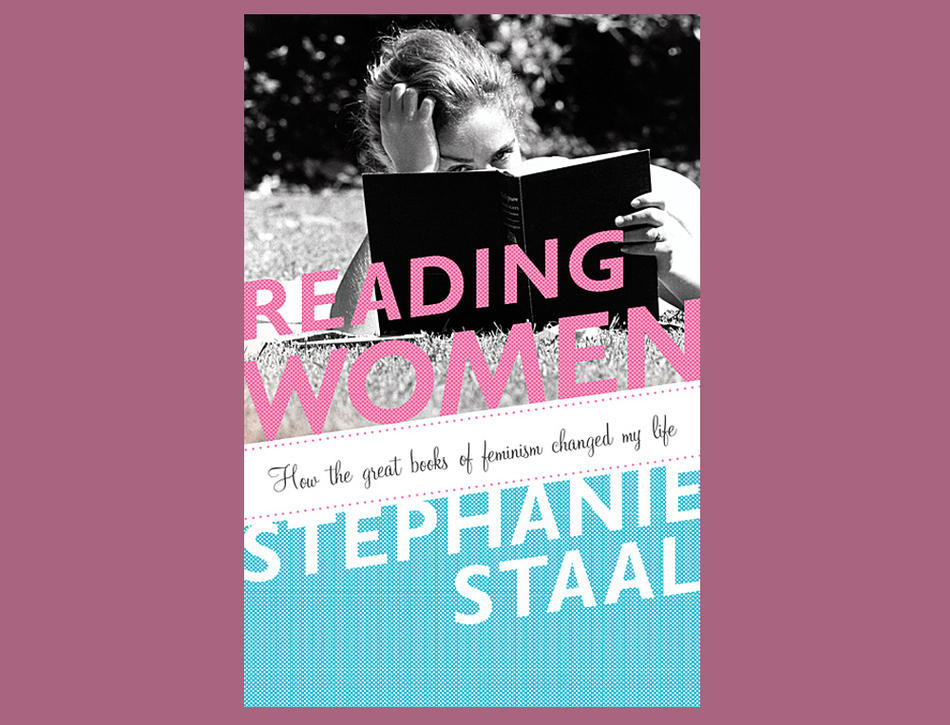 In Reading Women you say that when you reentered the classroom at age 33, you felt “like a starving woman who had stumbled onto a feast.” Why did you return to Barnard?

After years of life in New York City, working as a writer and being stuffed into a tiny one-bedroom apartment, I found myself married with a baby, living in a big Victorian in conservative Annapolis, Maryland. I would pace around the house, overtired, and feeling like there was no way out. One day in a bookstore I came across Betty Friedan’s The Feminine Mystique, which I had written papers on as a student. Rereading it was an intellectual “Aha!” moment. I had a new connection to this book. This experience opened me up to the idea of returning to school.

What was Feminist Texts like when you first took the class as an undergraduate?

When I was in college, there was a sense of change in the air, with Clinton’s election, the Clarence Thomas hearings, and the publication of Backlash, Susan Faludi’s book. There was a real fire in the women’s studies classes, and it was exciting. Back then, these classes attracted women already committed to the cause and everyone was in lockstep, with not much tolerance for varying opinions.

When I returned, that kind of energized climate was no longer there, and at times I felt a little frustrated. On the other hand, I found it refreshing that many took the class simply because they were curious, not women’s studies majors. Most of the students were overwhelmed with the idea of the work and family balance. They felt as if they didn’t know how to negotiate that territory. Most assumed it wasn’t possible to do both, and this was a big change from when I was an undergrad.

You reread a canon ranging from Mary Wollstonecraft to Simone de Beauvoir to Katie Roiphe. In your book you say you felt the writers were “passing their strength on to you.” How so?

As an undergraduate, I had looked at these books as historical documents. The second time, I had a different connection to them in my new roles of wife and mother. Going back was an attempt to find community — not necessarily with the students, but with the writers and characters of these books.

You were invigorated, but also unsettled. Kate Chopin’s The Awakening depicts a stifling marriage, and you felt that way about yours at the time. You also point out that the husband in Charlotte Perkins Gilman’s “The Yellow Wallpaper,” from 1899, had the same name as your husband, and you felt that was prophetic.

Reading these two books in particular was interesting because my husband and I were both unhappy. I come from a family of divorce — this was the topic of my first book — so I’ve always had a conflicted relationship with marriage. The books provided great perspective. I started to see what I had in my husband: We were friends, we could talk, we shared a lot. I realized he was dealing with cultural stereotypes, too. He also worked from home for the flexibility to have time with our daughter, and people questioned him for not taking the traditional path. After I started classes, we moved back to New York City. That felt like coming home, coming back to ourselves, which certainly helped.

Some books fell flat for you the second time around, while others sparked new responses.

You may reread a book that once had a great impact on you and not agree as much as you once did, but through this rereading you are ultimately learning about yourself. I identified with a lot of the women from the pre-1950s books because they talked about domestic life in a different way. It truly is remarkable what they had achieved, given how constrained they were. This made me reevaluate my own obstacles. I felt as if I really needed to pull myself together.

You talk about holding the same book you held as an undergraduate and feeling unmoored in time and place. What is it about books that allows this magic to happen?

Reading Women is about the act of rereading, the transformative power of books. I like to think of each book as a room. In this room are all the decorations of a certain era from when you first read that book. You can go to this room and meet different versions of yourself and have a conversation. Rereading offered a way to reconnect with the person I once was — not to wholeheartedly embrace her, but to realize how much I’ve grown.

Top Stories
You’re Not Imagining It: Seasonal Allergies Are Getting Worse
Lets Talk About Sex on YouTube
Second Acts: It’s Never Too Late to Go Back to School
10 Travel Books to Feed Your Wanderlust
Book Review: "Horse"
All categories >
Read more from Kelly McMasters '05SOA