An interview with Craig Nova ’69SOA, author of The Informer. 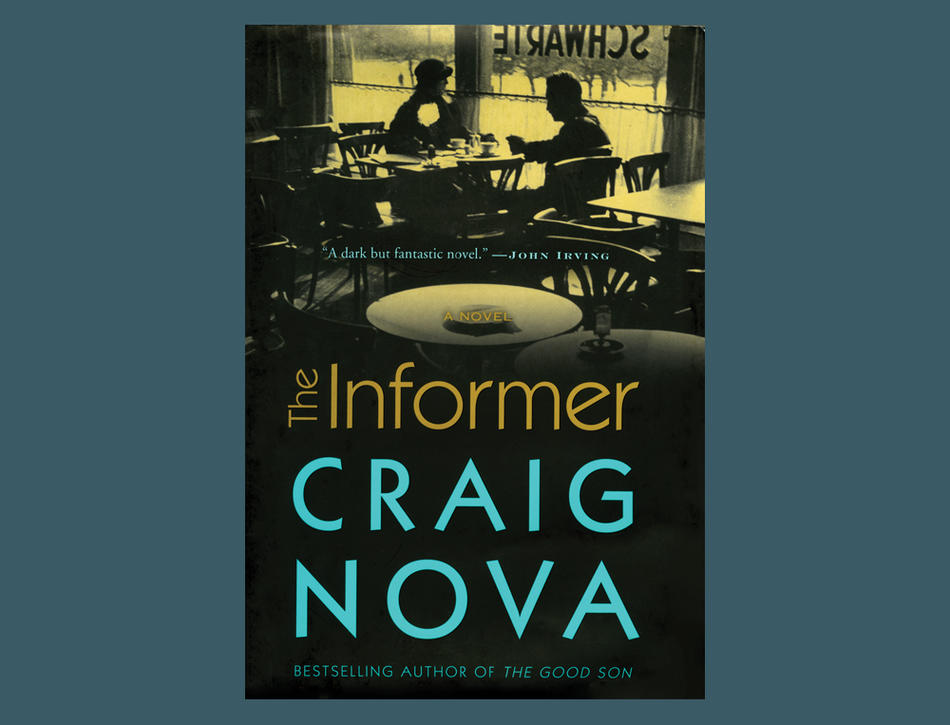 In prewar Berlin, a young prostitute named Gaelle trades in sex and information with her clients, most of whom are associated with one or another of the city’s warring political factions. When women start turning up dead in a city park, a female cop, Armina, suspects political motives. What was the germ of this novel?

Every three or four years, I read the collected essays and letters of George Orwell; it’s like having a beer with an old friend. Anyway, in the midst of the Clinton impeachment proceedings, I said to myself, “My God, what would happen if Monica Lewinsky turned up dead? Just think how hard it would be to tell what really happened, because every point of view would have a theory about it.” People make up their minds, and then they find facts to justify what they already believe, rather than looking at the facts and then coming up with an explanation. Orwell was the first to point this out, certainly with the Communist Party. So then I thought, “What era was at once the most ominous and most political?” And of course that leads you right to Weimar.

Berlin must have been an incredible place at that time.

It was a fantastic city in the late 1920s. Of course, people who had any brilliance were on their way out. But Einstein was still there, as was the Bauhaus school, and many scientists, painters, and designers. And then I found a book, a very strange book indeed, written by a son of a Chinese diplomat stationed in Berlin during the ’20s. It’s a history of the Berlin police department, and the author, Hsi-Huey Liang, describes exactly what was going on. Many of the precincts were divided politically between left and right. Also, at this time, the Weimar Constitution, which was a kind of progressive document, enabled people to come into jobs from which they had previously been excluded. I imagined a female officer coming into this environment in a politically divided precinct, and how difficult it would be for her to get to the bottom of some particularly nasty crimes that had political overtones.

And sexual overtones, too.

Absolutely, and that’s another thing about the age: In the Weimar era there was this kind of fascination with sexual crimes against women; there were paintings, there were reenactments of violent crimes in the cabarets. There’s even a word for it, Lustmord, or lust murder.

What was at the heart of this fascination with sexual violence?

I speculate in one line that it provides a clarity that was otherwise lacking, because everything was up in the air. There were conspiracy theories, mistrust, claims that the politicians had stabbed the German army in the back and that’s why they lost the war. Also, a lot of people in Berlin were living in a way that they never dreamed possible — there was an active gay-rights movement, for instance. But it made people uncomfortable, and the violence against gay people was pretty intense. You can see that today: People are living with sexual freedom that they never had before, and we have this cultural anxiety about it.

There was also a lot of cultural anxiety when you arrived at Columbia in the late 1960s. Who guided you while you were there?

One of my teachers, Lore Segal, introduced me to her husband, who was an editor at Harper & Row, and he bought my first book. Jean Stafford also took me under her wing. I used to spend summers in a little house that was behind her house in East Hampton. It was A. J. Liebling’s old house. She used to take me upstairs and show me where she kept the filing cabinets, which contained the originals of all that Liebling contributed to The New Yorker. There must have been six or seven cabinets just filled with stuff. Of all the men in her life, I think she was really infatuated with Lowell, but I think the only one she loved was Liebling.

The editor and publisher Robert Giroux ’36CC said of Stafford in Columbia Magazine, “She got better and better, and had she lived, we’d still be talking about her today.”

She was great, just a delight to be around. Every once in a while someone would say, “Oh, she drank too much” — of course she drank too much, but it wasn’t all the time, only periodically, and thinking of her that way is an unbelievable distortion of who and what she was.

In researching The Informer, did you visit Berlin?

Yes, but of course there’s not much of the original city left; it got bombed into almost nothing during the war. But some buildings are still there. One day I was sitting on the steps of the Museum of Antiquities. The sun was shining, it was springtime, and there was this nice green garden. And then I went to a bookstore and flipped through a pictorial history of Berlin. I found the same building, the same steps, but with a Nazi demonstration right there. That made all the shadows change. Suddenly the city was ominous in a way that I hadn’t seen before.