Review: "How We Decide" 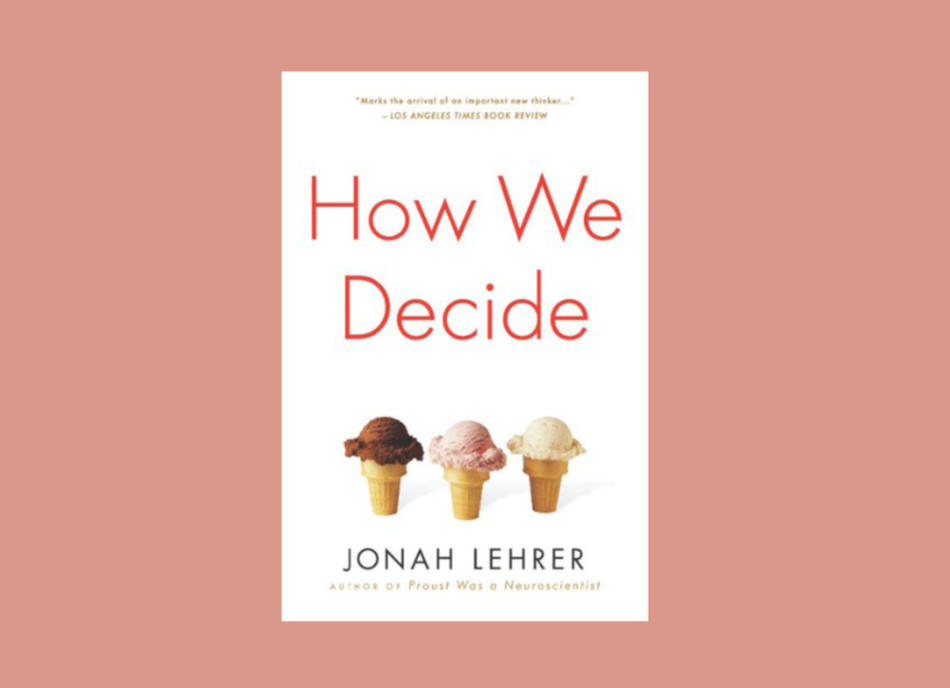 Early on in his new book How We Decide, science writer Jonah Lehrer '03CC describes the fascinating downfall of a woman named Ann Klinestiver. Raised as a devout Christian, the 52-year-old high- school English teacher was the very model of small-town propriety in her West Virginia community and an object of empathetic admiration as she battled the tremors of Parkinson's disease. And then, as Lehrer recounts, she began to act very strangely. She started hanging out at casinos and dog-racing tracks, compulsively playing the slot machines. After a year of gambling binges, she'd blown through more than $250,000 of retirement savings, lost her husband, and even resorted to stealing small change from her grandchildren. As in most neuroscience whodunits, her neurons made her do it - specifically, her dopamine-producing neurons.

It turns out that Klinestiver's abrupt change in behavior, and her disastrous run of poor judgment, were side effects of the medication she had been taking in ever-greater doses to treat her Parkinson's disease. As Lehrer nimbly explains, Parkinson's disease arises because of the mysterious degradation of a specific group of neurons nestled deep in the midbrain that produce the neurotransmitter dopamine. As these cells gradually disappear, and the amount of natural dopamine diminishes, the symptoms of Parkinson's become more pronounced. Hence, a standard treatment for patients like Klinestiver is to replenish, often dramatically, levels of dopamine in the brain.

Now it also turns out that dopamine is the crucial ingredient in our neural apparatus for automatic (or, to use substitutive terms, instinctual or intuitional) decision making. Dopaminergic neurons keep track of what emotionally satisfies our desires and urges; dopamine is the juice that reinforces rewarding behavior when we make a satisfying decision, especially when we gratify primal physiological urges like hunger, thirst, and sex. In fact, it is so crucial to learning in primates like us that, as Lehrer puts it, "the process of decision-making begins with fluctuations of dopamine." These neurons unconsciously guide much of our emotional behavior. But, as Lehrer explains in one of the best sections of his book, it gets even more interesting than that.

Once we discover something that pleases us, dopamine neurons begin to fire in anticipation of satisfactions; they predict reward before a decision is made, and they freak out when the prediction turns out to be wrong. In the neural shorthand of the dopamine system, success and habit breed boredom and low-grade contentment; errors and false predictions breed alarm and learning, and, most important in the context of slot machines, unexpected and pleasant surprises (ka-ching!) provoke the strongest dopamine-driven satisfactions. We literally get a neural kick when we learn something new, and unexpected pleasures are, thanks to dopamine, the most pleasant of all. Thus, a brain doused with dopamine can create powerful addictions that alter behavior. In addition to gambling, Parkinson's patients treated with dopamine also have reported stunningly atypical sexual addiction and promiscuity.

In his skillful explication of the dopamine system, Lehrer correctly builds the structure of his book around one of the most important developments in neuroscience of the past two decades; human emotions, he writes, "are rooted in the prediction of highly flexible brain cells, which are constantly adjusting their connections to reflect reality." Dopamine explains learning, habit, impulse, subconscious information appraisal, intuition, and a number of other decision-making processes based on emotion, all of which How We Decide successfully reprises. Indeed, Lehrer displays a prodigious knowledge of the current literature on decision science, and dips adroitly into these recent findings with concision and wit.

But this is also a book largely built out of two kinds of anecdote. Some, like the Klinestiver story, emerge directly out of neuroscience, reflect Lehrer's own reporting, and succeed marvelously at conveying the science. But these are rivaled, and often overshadowed, by a separate class of anecdote that seems, though beautifully rendered, exaggerated and somewhat removed from everyday experience. "From the perspective of the brain," Lehrer writes, "there's a thin line between a good decision and a bad decision . . . This book is about that line." That line, alas, is often drawn with melodramatic flair - and a very heavy marker. About halfway through the book, you begin to wonder if a more appropriate title might have been Extreme Neuroscience.

To illustrate decision-making processes like focus or intuition, Lehrer tells stories about a Super Bowl quarterback making a crucial pass in the waning minutes of the game and an airline pilot landing a crippled plane. The story of a Montana forest fire that swallows up more than a dozen young firefighters is a parable of panic and habit, and the tale of serial killer John Wayne Gacy is used to explain moral decisions. Each of these anecdotes is deftly told (perhaps too deftly; we'll get to that in a moment), but they also strive so hard for drama and attention that they seem to be bulked-up examples of decision making - anecdotes on steroids, if you will. They represent extreme, split-second examples of expert decision making that often don't resonate with the more mundane, protracted, agonizing back-and-forth uncertainty many of us wrestle with on a daily basis, without a single Super Bowl ring to show for our efforts.

In recasting the timeless battle between the emotional and cognitive voices of the human mind, Lehrer is captive, as we all are, to the original Platonic metaphor for rational thought: reason is the charioteer, struggling to control and steer the horses of emotion, which is wild, impulsive, and has a mind of its own. Metaphors for emotional impulse run the zoological gamut, from the horse to the grasshopper (Aesop), or the elephant (recently suggested by psychologist Jonathan Haidt), as everyone works out neural mechanics of communication and control between the rider (the prefrontal, rational part of our brain) and the beast (our dopamine-trained, emotional decision makers). In truth, these two ostensibly separate neural duchies are so snarled and entangled with interconnected wiring that they look like the back of your home entertainment system. They talk back to each other, they contradict each other, they take turns vetoing each other. The big message from recent neuroscience, reiterated in the book, is about the decision-making power and acumen of the emotional brain. "The reason these emotions are so intelligent," Lehrer writes, hearkening back to the dopamine system, "is that they've managed to turn mistakes into learning events."

Several caveats: Despite Lehrer's agile handling of a lot of complicated material, I never was quite sure about the line that separated his reporting from other people's work. Lehrer's account of the disastrous 1949 firefighting episode in Montana, for example, with which he began his July 2008 story about insight in the New Yorker, apparently represents no original reporting, but instead is an elaborate four-page retelling of Norman Maclean's Young Men and Fire (1992). Lehrer mentions the Maclean book in the main text, yet oddly doesn't attribute his very detailed account to it. This and other derivative anecdotes are written with such immediacy and visceral detail that it is the kind of prose we normally associate with eyewitness reporting or fastidious, scrupulously sourced reconstruction. At minimum, it would have been gracious to acknowledge Maclean explicitly in the text as the main source of Lehrer's extended, vivid account.

One final but important quibble: How We Decide makes the story of decision science sound more settled than it sometimes is. The findings of a recent experiment on patience and self-control, for example, read like neural law; in reality, the results have been sharply contested in the literature. Readers of How We Decide will come away with a swift, smart, and genial survey of the recent research on how we make decisions - including, especially, the decisions we inevitably screw up. They shouldn't, however, come away with the sense that the hash of decision-making science is settled. To the contrary, it's just beginning to get fractiously interesting.