Review: "The Splendid and the Vile" 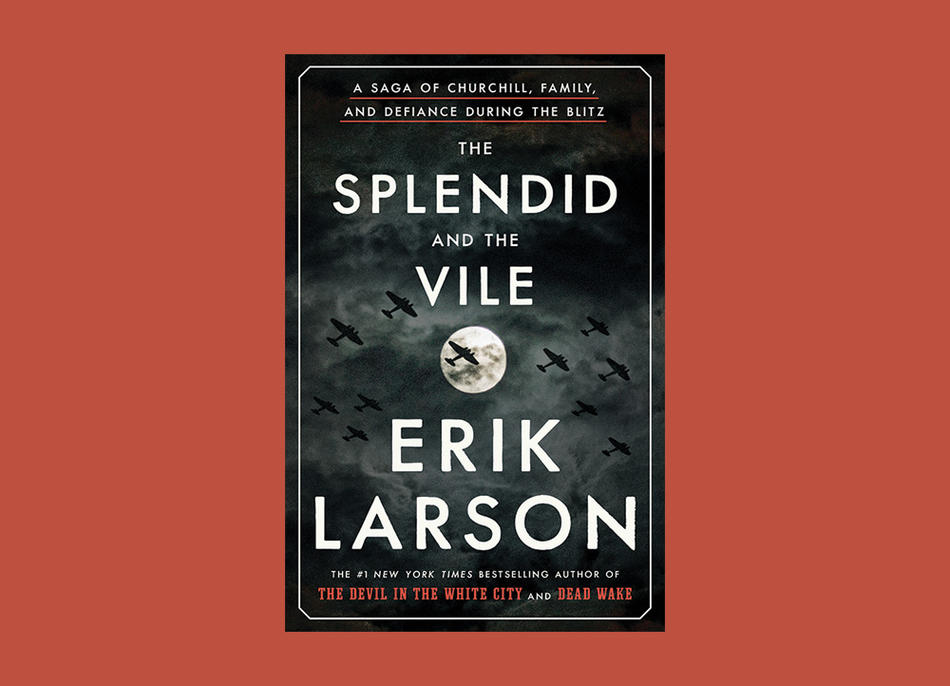 Erik Larson ’78JRN is known for looking at history through a novelistic lens — for recreating the intimate details behind pivotal moments. His 2015 bestseller Dead Wake detailed “the myriad forces, large and achingly small” that resulted in the sinking of the Lusitania. The Devil in the White City recounted the true tale of a serial killer at the 1893 World’s Fair.

In his latest book, The Splendid and the Vile, Larson turns his attention to Winston Churchill ’46HON, examining his daily life during his first year as prime minister, when Hitler was leading a devastating blitzkrieg against the United Kingdom.

Inviting the reader into top-secret meetings within the cabinet war rooms, Larson shows us how the British Bulldog deftly emboldened a small nation to embrace its “finest hour,” while simultaneously betraying enough vulnerability to forge a crucial alliance with Franklin D. Roosevelt. We see the statesman climbing onto the roof of 10 Downing Street to watch the bombs fall and understand the Führer’s frustration with the symbolic and actual power of Churchill’s stubborn resistance.

This is the Churchill most familiar to us: a master orator, bellicose, belligerent, and bullying. A man with a tight grip on his cigar and his sense of destiny. But Larson’s whole oeuvre is built on subverting the familiar, and though Churchill’s life has already been dutifully recorded in multiple biographies and autobiographies, Larson can still surprise us with his tender insights.

He details Churchill’s marriage, capturing the quotidian squabbles with his wife, Clementine. One day “Churchill was unusually crabby,” writes Larson. “The proximate cause had nothing to do with the war or Roosevelt but, rather, with his discovery that Clementine had used his treasured honey, sent to him from Queensland, Australia, for the frivolous objective of sweetening rhubarb.”

We witness Churchill’s delight in his youngest daughter, Mary; his disappointment with his son, Randolph, an inveterate gambler; his passion for entertaining; and his sense of playfulness. We also understand that Churchill, for all his bluster, was an empathetic soul who cried easily and was fully cognizant of the burden of his position. Larson writes of the time Churchill visited the city of Bristol after a bombing: “Churchill waved at the crowd from the windows, and kept waving until the train was out of sight. Then, reaching for a newspaper, he sat back and raised the paper to mask his tears. ‘They have such confidence,’ he said. ‘It is a grave responsibility.’”

Relying on sources that include the diaries of Churchill’s personal secretary and those of his daughter Mary, along with a trove of letters and newly declassified government documents, Larson invites us to take another look at the statesman we thought we knew. He remains, as always, unerringly faithful to history, and still he manages to puncture the hagiography to create a fresh portrait of this courageous and complicated leader.

Top Stories
Book Review: Horse
Can the World’s Religions Help Save Us from Ecological Peril?
What Declassified Government Documents Reveal About America’s Dark Secrets
Is Objectivity in Journalism Even Possible?
Learning to Live with the Voices in Your Head
All categories >
Read more from Jeffrey Saks