4 Great Books to Read This Fall

All by Columbia alumni authors. 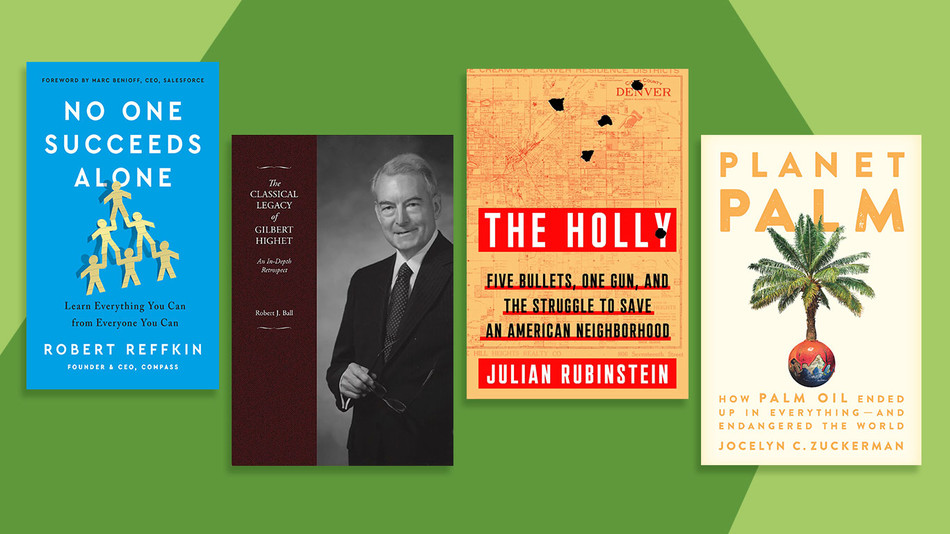 In late September of 2013, shots rang out in the Holly, a historically black neighborhood on the northeast side of Denver. Just one person was injured, but the incident seemed to paralyze the entire community, because the shooter, a man named Terrence Roberts, was a beloved anti-gang activist known for trying to keep the peace. In this impressive piece of investigative journalism, Julian Rubinstein not only tries to piece together the events that drove Roberts to violence but goes much deeper, crafting a riveting portrait of the neighborhood from the civil-rights movement to Black Lives Matter.

Palm oil is hardly a new ingredient, but over the last half century it has become ubiquitous, an ingredient in nearly half the products in American grocery stores. That trend is troubling, since according to Jocelyn C. Zuckerman, a James Beard Award–winning journalist, the cultivation and production of palm oil has both a sinister past and a dire future. In this fascinating and alarming exposé, Zuckerman travels the world to report on both the human and environmental dangers of the palm-oil industry. Nothing else, she concludes, has so sharply affected the “combined twenty-first century crises of obesity, malnutrition, and climate change.”

The Classical Legacy of Gilbert Highet

Gilbert Highet, a native Scot who served as a Columbia professor of Greek and Latin from 1938 to 1971 (with the exception of a few years spent in the British Army) was celebrated for both his erudition and his accessibility. A prolific writer, he aimed to popularize the classics beyond the ivory tower, and at Columbia he was known not just for his scholarship but for his charisma in the classroom. As classicist Robert J. Ball once wrote, “When Gilbert Highet entered the classroom, one felt as though the curtain were going up on a Broadway play, with a living legend in the lead.” Now Ball revisits Highet’s storied career and the impact it continues to have, forty years after his death.

No One Succeeds Alone

Robert Reffkin is the kind of person who seems to have more than twenty-four hours in his day. He graduated from Columbia in three years, served as one of the youngest ever White House Fellows during the Obama administration, and went on to found Compass, a multibillion-dollar real-estate company. In his spare time, Reffkin has also run a marathon in every state to raise money for charity, including his own nonprofit organization, America Needs You, which supports college-bound children living below the poverty line. In his first book, Reffkin outlines the secrets to his success, which include the support of his mother, who raised him alone, and a series of mentors who recognized his potential.