Review: Everyone Knows Your Mother Is a Witch 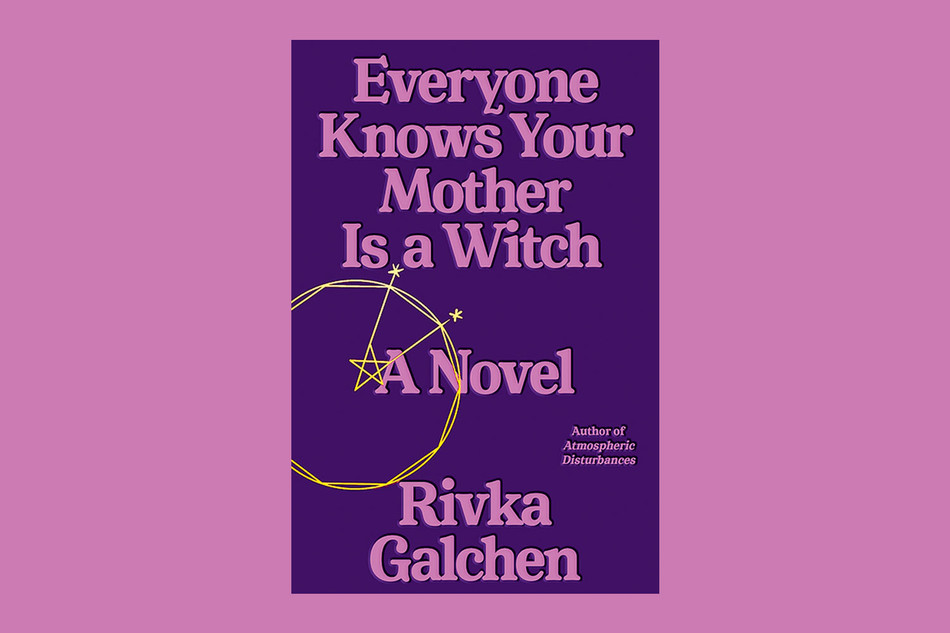 When social-media services like Facebook and Twitter began to appear over a decade ago, they promised to connect humanity as never before. Well, as the saying goes, be careful what you wish for. For all the blessings that virtual communities can bring, they’re even better at amplifying the vices that have always flourished in real communities: rumor and slander, self-righteous groups closing ranks against unpopular victims.

In her new book Everyone Knows Your Mother Is a Witch, novelist Rivka Galchen ’06SOA, an assistant professor of creative writing at Columbia’s School of the Arts, tells the true story of a witch hunt from the 1610s. She doesn’t have to make an explicit link to the twenty-first century to drive home the relevance of the story any more than Arthur Miller had to mention McCarthyism in The Crucible. The human dynamics at work in the case of Katharina Kepler, a German woman accused of witchcraft, are immediately familiar. What Katharina’s son says about her accusers is just what anyone who has been mobbed online must feel: “It’s like going up against a thunderstorm. I have work to do, I have other obligations, whereas they — this is their work. They’re the guild of rumormongers.”

What makes some people victims and others persecutors? That’s one of the questions Galchen explores in this idiosyncratic, sharply imagined novel, which brings the historical Katharina to fictional life. Part of her problem is that she fits the popular image of a witch too well: she is a widow in her seventies, gray-haired and “very thin,” who serves the town of Leonberg as a healer and herbalist.

More fundamentally, Galchen suggests, Katharina disturbs the social order because she is an independent, opinionated woman. “Widows generally keep to themselves and don’t go here and there all over town like a whirligig. Frau Kepler has been more like a man in her out-and-aboutness,” one of her accusers complains. Even when she knows it would be smarter to be accommodating, she can’t help speaking her mind, “like a child who doesn’t understand the intersection of tactics and truth.”

So when Katharina is brought before the ducal governor on a charge of using her “very considerable dark powers” to make her neighbor Ursula Reinbold “moan, weep, cringe, writhe, be barren, and cackle,” she indignantly files a countersuit, accusing Ursula of slander. This turns out to be the wrong move, alienating the governor and uniting the town in support of Ursula, who has mercenary motives — if Katharina is put to death, she will be able to claim compensation from the estate.

Most of the novel takes the form of Katharina’s memoirs as dictated to a literate friend, in which she communicates her unique perspective on the world — a mixture of orneriness, grief, deep affection, and philosophical curiosity. But Galchen also invents numerous depositions by other Leonbergers in which they lay out their grievances against Katharina, showing how ordinary people convince themselves that doing evil is justified and even praiseworthy. “We respect the court. We know that God dwells in each human being,” the prosecutor declares — as opposed to “them,” the small band of Katharina’s supporters, who defy God by defending a witch.

As for how the Leonbergers know that Katharina really is a witch, “The matter of how we came to know is simple — we already knew,” one witness declares. There is no arguing with this kind of circular logic, since once a witch is labeled as such, history gets rewritten accordingly. Did a blackbird appear to spy on Wallpurga Haller, bringing bad luck? Of course, she now understands — it was “Frau Kepler, in the form of a blackbird. At first I thought it was only a blackbird.”

Katharina Kepler is one of the best-known victims of the age of witch trials, on account of the fame of her son Johannes Kepler, the great astronomer who established the laws of planetary motion. Johannes plays an important role in Everyone Knows Your Mother Is a Witch: some of Katharina’s accusers are motivated by jealousy of his spectacular rise from ordinary village boy to imperial mathematician.

Katharina herself is put off when she visits her son and finds that he has adopted a newfangled affectation — eating with a fork. But she is also proud of him, insisting that “Hans was more of a Guldenmann, more from my side of the family.” In the early seventeenth century, however, gender makes all the difference, and Galchen leaves the reader feeling that perhaps the very qualities that made Johannes a genius — his curiosity, originality, and stubbornness — are the ones that led Katharina to be seen as a witch.

Top Stories
Book Review: Horse
Can the World’s Religions Help Save Us from Ecological Peril?
What Declassified Government Documents Reveal About America’s Dark Secrets
Is Objectivity in Journalism Even Possible?
Learning to Live with the Voices in Your Head
All categories >
Read more from Adam Kirsch