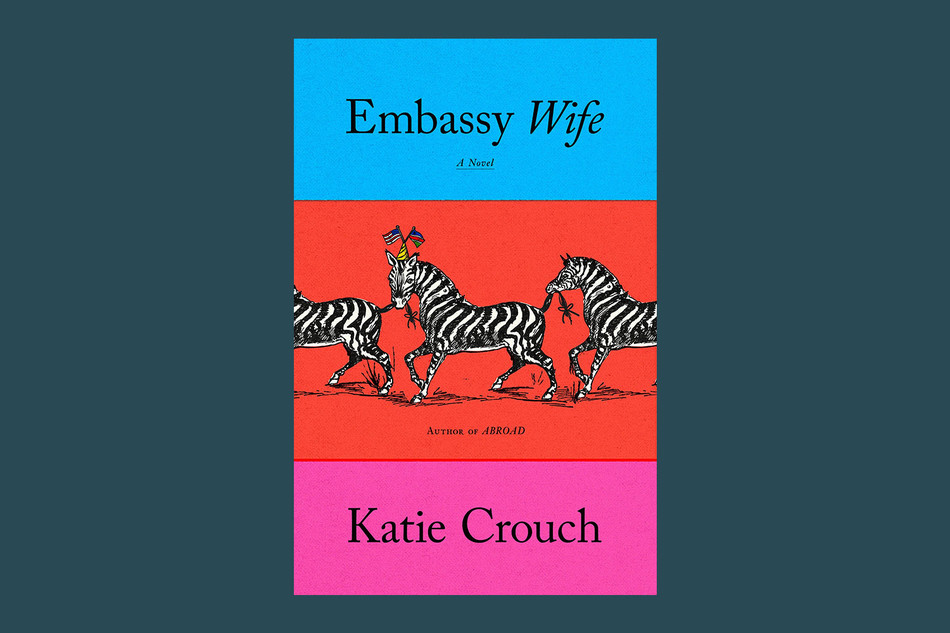 Katie Crouch ’05SOA is no stranger to society life. A native of Charleston, she’s known for her vivid depictions of the sometimes strange and subtle social mores of the Deep South. But in her latest novel, she turns her attention to a very different scene: the drop-off line at the Windhoek International School in Windhoek, Namibia. Here there are clouds of red dust instead of Spanish moss and safaris in place of cotillion balls. But as Crouch proves in this sharp, hilarious satire, the rules of society in Windhoek are just as important as in Charleston — and even more complex.

At the center of Crouch’s cast of characters is the irrepressible Persephone Wilder, perpetually clad in glowing white “like a dove that had accidentally swallowed a uranium pellet.” The wife of an embassy lawyer, Persephone is queen bee of the expats. She stays busy throwing perfect pool parties (even in a drought), monitoring the town gossip, and waiting for “Incomings,” a.k.a. new members of her club of “Trailing Spouses” — the wives (and occasional husband!) of State Department employees and the like obliged to follow their partners to their far-flung posts.

So Persephone is ready for Amanda, wife of a Fulbright Scholar seemingly there to relive the long-ago year he spent in Namibia as a Peace Corps volunteer. In America, Amanda had been the family breadwinner, but in Namibia, she can’t even find a volunteer position (Namibians, observes another embassy wife with no sense of irony, “want to do things their way”). Undeterred, Amanda and Persephone decide to start their own NGO, aimed at protecting endangered rhinos — starting with one particular animal that lives on the game farm of the wealthy and exquisite Mila Shilongo, Persephone’s rival and the rare African mother at the international school.

As the women get wrapped up in their rhino-liberation scheme, their family lives are unraveling. Both their husbands, as well as Mila’s, seem to be harboring secrets of varying degrees of importance. And Amanda’s and Mila’s daughters have struck up an unlikely alliance, which amps up in surprising ways as the school nears its most important social event of the year.

Crouch’s prose is breezy, but this novel is more than just a pitch for the Real Housewives of Namibia. Wrapped in this fun package is a thoughtful meditation on what it means to be a white foreigner in a country still very much shaped by the devastating legacies of colonialism and apartheid. Even in modern times, it is clear that there are still two Africas and two sets of rules. “Remember where you are,” says Mila. “There are many different levels of truth, here in Namibia.”