Columbia graduates are key players in the Biden administration. 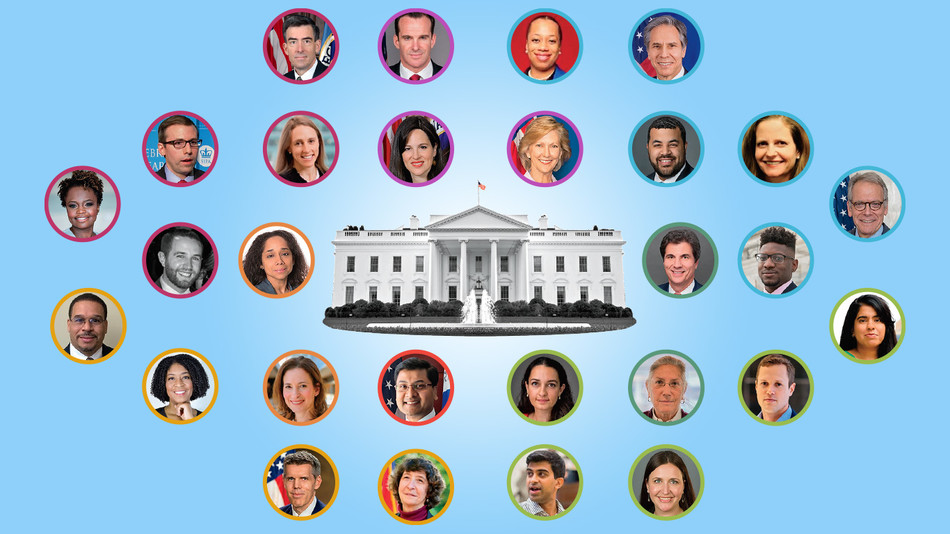 Colin H. Kahl '00GSAS, under secretary of defense for policy, Department of Defense

Caroline Kennedy '88LAW, ambassador extraordinary and plenipotentiary to the Commonwealth of Australia

Won Palisoul '16SPS, special assistant to the under secretary of defense for personnel and readiness, Department of Defense

Puneet Talwar '90SIPA, ambassador extraordinary and plenipotentiary to the Kingdom of Morocco

Oren Whyche-Shaw '77BUS, US Director of the African Development Bank

Executive Office of the President

Have we missed any appointees? Let us know at feedback@columbia.edu.

This article was originally published in May 2021. It was last updated in March 2022.

Top Stories
You’re Not Imagining It: Seasonal Allergies Are Getting Worse
Lets Talk About Sex on YouTube
10 Travel Books to Feed Your Wanderlust
10 Great Books Written at the Hungarian Pastry Shop
Book Review: "Horse"
All categories >