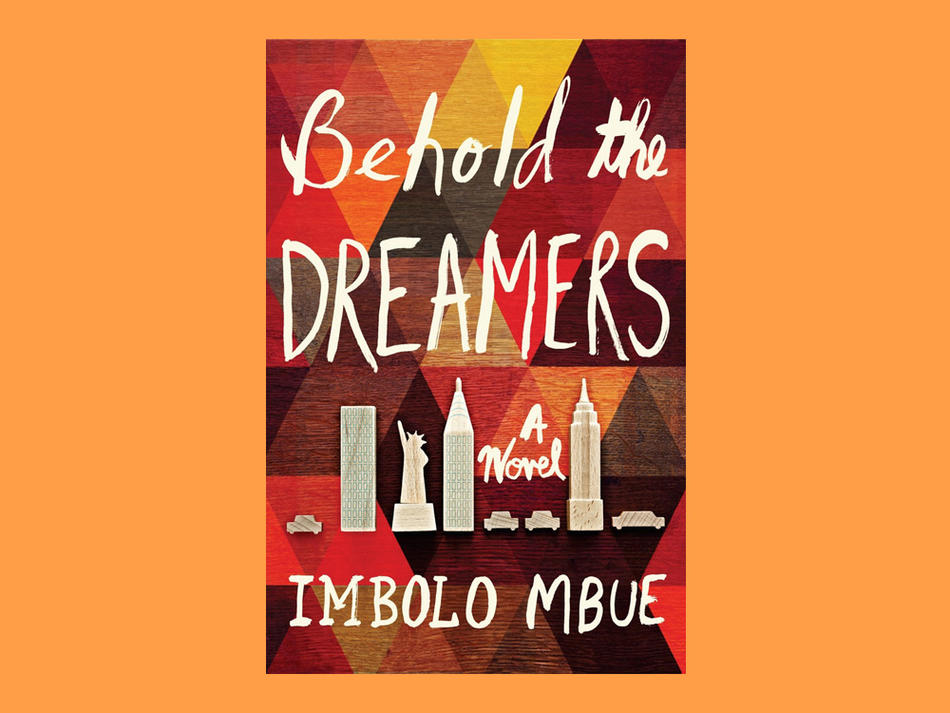 Esquire magazine recently asked four American men with different incomes ($1 million per year, $250,000 per year, $53,000 per year, and $7 per hour) how much money they would need to have the life they wanted. The results were fascinating: each of the two men in the lower income brackets, without knowing what the others made, said that he would need exactly the income of the man above him. The implication was that their pursuit of the American dream had left them wanting — not for everything, but for just enough to reach the next step.

This survey is an apt parable for Behold the Dreamers, the stunning debut novel from Imbolo Mbue ’07TC, which tells, with enormous empathy, the story of two families in New York City at the dawn of the 2008 recession. Jende Jonga is an immigrant from the poverty-stricken West African nation of Cameroon. A lucky connection gets him a job as the personal chauffeur to Clark Edwards, an executive at the soon-to-be-doomed Lehman Brothers. The families become further entwined when Clark’s wife, Cindy, hires Jende’s wife, Neni, as a housekeeper and part-time nanny to their nine-year-old son, the ambitiously named Mighty.

In many ways, the immigrant narrative is familiar. The Jongas came to America with nothing and work tirelessly. Jende regularly puts in fourteen-hour days, and Neni juggles two jobs and classes at a community college. Their ambitions are modest, but clear: “‘We try really hard, we can save five thousand dollars a year. Ten years, we could have enough money for a down payment for a two-bedroom in Mount Vernon or Yonkers.’”

But the Jonga family’s story is also very much a modern one: they are here illegally, and deportation is a constant threat. Jende tries to navigate the immigration system with the help of his cousin Winston, whose presence in the book underscores how utterly arbitrary the process can be. Jende and Winston grew up in identical circumstances in Cameroon, but Winston won the green-card lottery. He came to America legally, joined the Army, went to college and law school on the GI Bill, and got a job at a corporate law firm. With one stroke of luck, Winston became as much a peer of Clark Edwards as he was of Jende. Similarly, a baby born in New York to Jende and Neni will have rights denied her older brother, who was born in Cameroon. Is she more deserving? Is Winston?

Mbue — a Cameroonian immigrant whose manuscript caused a sensation at the 2014 Frankfurt Book Fair, catching the attention of Random House editor and Columbia School of the Arts professor David Ebershoff — also beautifully interrogates the idea of America as the promised land. At a certain point, Jende and Neni have to decide if they are willing to fight to stay in America. On the one hand, America represents possibility, whereas in Cameroon “visions of a better life were the birthright of a blessed few.” But daily life in America is a struggle, and Jende is homesick for his beloved seaside town, Limbe. In one particularly poignant exchange, Clark tells Jende about his own childhood, in a tony Chicago suburb: “I can’t tell you Evanston’s anything as wonderful as your Limbe.”

It would have been easy for Mbue to draw Clark as what Tom Wolfe would call a “Master of the Universe,” and his family as vapid and uncaring. But she is kind to the Edwards family — in her telling, they are flawed but also sympathetic and, as Lehman Brothers falls, even vulnerable. Watching them, Jende begins to understand that the American dream is a complex ideal, even without the obstacles of immigration. Cindy Edwards didn’t come from money: she married into it, and all the social pressures that came with it. Her two sons seem to reject the great privilege that was their birthright: Mighty relishes the rare evening when he can escape Park Avenue and spend time at Jende and Neni’s one-bedroom Harlem apartment; his older brother, Vince, drops out of Columbia Law School to backpack around India.

And even Clark Edwards, with his corner office, summer home, and personal chauffeur, was not simply given these things. Born into the upper middle class, he had to earn his position in the American elite. On the evening of Lehman Brothers’ collapse, Clark tells Jende, “When I went to Stanford I was going to study physics, become a professor like my dad. Then I saw what was possible on a professor’s salary and what was possible on an investment banker’s salary and I chose this path.” It’s an insensitive thing to say to Jende, who will never have those luxurious options. But it also shows how much the two men have in common. Like the men interviewed in Esquire, both are desperately reaching for what’s next.