Book Review: "The Devil in Silver" 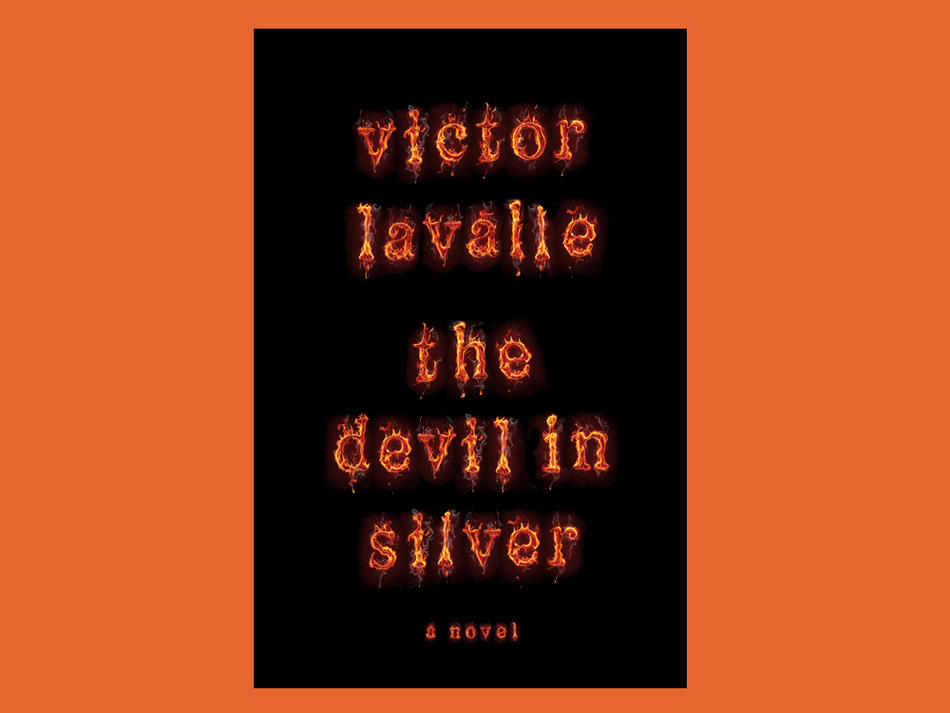 Pepper isn’t crazy. Or at least no more than the rest of us. But he does have a temper, a lack of impulse control, and about five inches and a hundred pounds on your average guy. “He wasn’t Greek mythology–sized; wasn’t tossing boulders at passing ships ... He stood at six foot three and weighed two hundred seventy-one pounds, and if that doesn’t sound big to you, then you must be a professional wrestler.” In The Devil in Silver, the ominous, sharply observant new novel from writing professor Victor LaValle ’98SOA, those things and a hefty dose of bad luck are all it takes for indefinite confinement in the psychiatric wing of Queens’s New Hyde Hospital.

It’s painful to work through the first quarter of the book, as Pepper makes a series of slight wrong turns that lead him, at alarming speed, to a dead end. His journey starts with a chivalrous act gone awry — one punch to the face of the violent ex of a woman Pepper is trying to impress. The police are called, and Pepper punches one of them, too. But while he should just be arrested, the cops are feeling lazy at the end of their shift and invoke a little-known loophole to get him off their hands paperwork-free — they cry crazy and dump him at New Hyde for a mandatory three-day observation period: “After an hour Pepper was, officially at least, a mental patient.”

Since Pepper isn’t actually mentally ill, the observation period should be a breeze. But before he can even make a phone call home, a modern-day Nurse Ratched appears with a dose of antipsychotics so potent that they render him immobile. With these pills, it suddenly becomes clear that something tragic is happening at New Hyde. The nurses are buried in red tape; the one doctor is absent; and the patients, many of whom have been captive there for years, shuffle around in a medicated haze, unable even to walk the hallways without clutching a special railing. Pepper comes out of his stupor long enough to lash out a few times, only to see his dosage increased. Then, in a terrifying moment, he finally wakes up. The seventy-two-hour period has long passed; Pepper has been at New Hyde for more than four weeks and in his semi-consciousness, has signed away his right to leave.

Pepper is a sympathetic narrator, which makes his unfortunate situation all the more frustrating and LaValle’s social commentary all the more effective. As he falls deeper and deeper into life at New Hyde, it’s impossible not to wonder what would have happened if he had had family to advocate for him, or a lawyer to interpret the fine print, or a better education that might have helped him to navigate the system. Similarly, though most of his fellow patients are justifiably confined, they are not properly treated and are incapable of self-advocacy, which keeps them there longer, further draining the hospital’s already insufficient resources.

LaValle is also the author of a short-story collection and two previous novels, and while the four books differ in scope and circumstance, he writes compassionately in all of them about the underclass, the kind of people that society tends to forget. His protagonists are plagued by schizophrenia, obesity, addiction, and passivity, yet all are big-hearted and warmly drawn.

As Pepper becomes further entrenched in life at New Hyde, other such faces begin to emerge around him. He learns to lean on Dorrie, a self-appointed den mother, and grows accustomed to Coffee, his paranoid Ugandan roommate, who is usually found commandeering the pay phones. Pepper may have more mental faculty than the others, but he is just as lonely and disenfranchised, and the makeshift community that he builds is one bright spot in an otherwise bleak world. But while these developments feel genuine, another major turn in the plot feels forced and causes the novel to lose focus. It soon becomes clear to Pepper that there is evil dwelling in New Hyde — the titular devil, a demonic creature confined to one wing of the hospital who pays residents midnight visits. Everyone at New Hyde seems more focused on exorcising the demon than on their own recovery or release, and soon Pepper, too, becomes obsessed with the creature, seeking answers where none are to be found. And as he does, his sanity finally begins to waver.

The monster, a physical manifestation of the fear prevalent on every page, is unnecessary and distracts from the book’s real darkness. How can this system continue day after day, Pepper finally begs the elusive doctor, with no checks, no consequences, no questioning? How has it gone unnoticed that the system isn’t helping anyone? “The system,” the doctor replies, “is working exactly right for those it was intended for.”