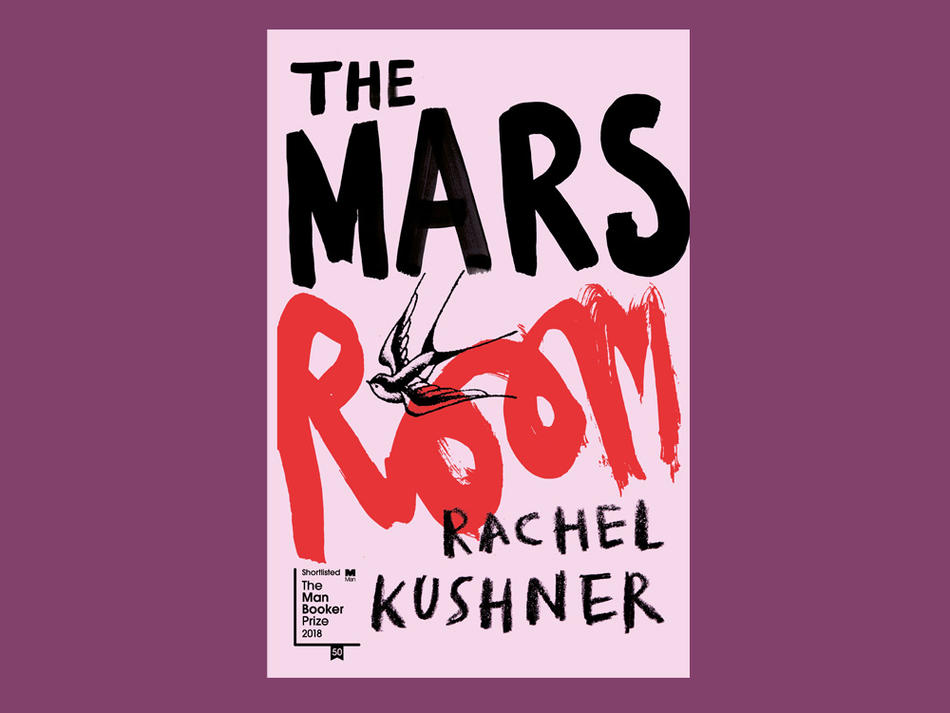 In a recent interview with the New Yorker, Rachel Kushner ’01SOA said that most incarcerated men and women she has known “go to prison not on account of their irreducible uniqueness as people but because they are part of a marginalized sector of the population who never had a chance, who were slated for it early on.” Her third novel, The Mars Room, offers a crushing account of one such ordinary life on the margins.

At twenty-nine, Romy Hall is serving two consecutive life sentences at Stanville Women’s Correctional Facility in California. Romy — who spent her neglected San Francisco adolescence drinking, stealing, and getting high — grew up to make her living as a stripper at a seedy club that gives the book its title. When a Mars Room regular starts stalking her, Romy kills him in what the courts deem a murder rather than self-defense. Her arrest leaves her five-year-old son in the precarious custody of her mother, whom Romy detests. Throughout the telling of this bleak backstory, Kushner resists painting her protagonist as singular or special. The book neither flinches nor sensationalizes, guiding us from Romy’s past to the darkest corners of the prison-industrial complex with a sure and powerful hand.

Like Kushner’s previous novels, Telex from Cuba and The Flamethrowers, The Mars Room takes on multiple voices and perspectives. This variety lends the book, for all its focus on captivity, a tremendous freedom and range of movement. We inhabit the rural landscape surrounding Stanville through Gordon Hauser, Romy’s civilian GED instructor; the streets of Los Angeles through corrupt cop Doc Richards, now serving time; and solitary confinement through Sammy Fernandez, a repeat offender and Romy’s eventual “cellie.” Interspersed with these narratives are excerpts from found documents, appearing without preface or commentary. Lists of visitor regulations — “No high fives ... Keep crying to a minimum” — appear, as do passages from Ted “Unabomber” Kaczynski’s diaries, which Gordon reads while adjusting to the isolated valley. These interludes add texture to the novel, while hinting at questions that vex critics of the criminal-justice system: Where is the line between policing crime and condemning poverty? What sort of life on the outside is even available to the formerly incarcerated? How do we reconcile the many chances that protect some with the swift penalties for others?

Despite this wide scope, the novel belongs to Romy. Her frank, unsentimental voice renders prison in gut-wrenching specifics: “The clock on the wall had a red wedge ... for the women who could not tell time,” she says. “Everything in prison is addressed to the woman for whom the red wedge is painted on the clock face, the imbecile.” Yet Romy’s intelligence and humanity — along with those of her fellow inmates — are undeniable. Even as she grows nostalgic, as any caged human might, her memories, laced with irony and self-awareness, never oversimplify the past.

Romy’s voice would have carried me easily through a long, uneventful diary of life behind bars. But troubling news about her son soon churns the plot, driving her to urgent action and an ending both jaw-dropping and inevitable. Kushner has written a potent tragedy, not by crafting a heroine who could have gone on to do great things, but by gently insisting on the worth of an unremarkable life. At times Romy appears not only ordinary but even invisible: her victim knows her only by her stage name; Gordon finds no trace of her on Google. But The Mars Room places her front and center, someone Kushner’s lucky readers can’t help but see clearly and won’t soon forget.

Top Stories
Book Review: Horse
Can the World’s Religions Help Save Us from Ecological Peril?
What Declassified Government Documents Reveal About America’s Dark Secrets
Is Objectivity in Journalism Even Possible?
Learning to Live with the Voices in Your Head
All categories >
Read more from Mia Alvar '07SOA