Book Review: "Give Me Everything You Have: On Being Stalked" 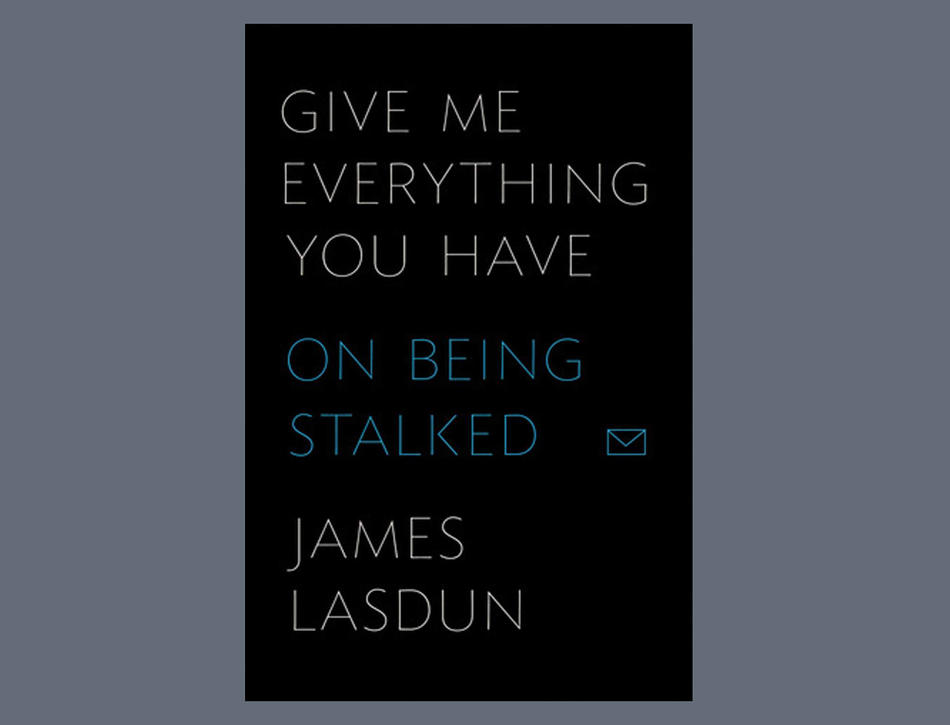 Over the past twenty-five years, James Lasdun has been admired as a writer’s writer, but despite accolades like a Booker Prize nod, hasn’t found the wider audience he deserves. Perhaps this is because he is difficult to peg, moving from the novel to short fiction to nonfiction to screenplays to poetry, defying categorization at a time when success seems to demand it. Another possibility: his subtle and devastating narratives lack the easy consolations that would propel him into beloved-author mode.

Impasses and moral mazes are more his thing. Lasdun’s narrators, for all their accomplishments and self-awareness, tend to be undone by the awful daring of a moment’s surrender, whether that moment is one of innocence, arrogance, intimacy, misreading, or even goodwill.

As Lasdun now recounts in his memoir Give Me Everything You Have, one such moment of generosity led to a very modern form of home invasion. In late 2005, Lasdun, a British expat, was living in the Catskills with his wife and two children, teaching writing. (Today, Lasdun teaches in Columbia’s School of the Arts.) He offered a promising writer he had taught two years before, an Iranian-born woman in her mid-thirties, bits and bobs of publishing advice. He relaxed into what he came to see as a new friendship.

Yet within months, Nasreen, as he calls her, was sending him an avalanche of threatening e-mails and smearing him across the Web (on Goodreads, the Guardian, Amazon, and so on) and to his employers. As her attentions grew stranger and more oppressive, Lasdun began to retreat. Convinced that she had been scorned, Nasreen branded him a sexual and, rather more unusually, literary predator. Among his multiplying misdeeds: he had arranged for her to be raped before he met her; he had appropriated her unpublished novel (a practice she termed “daytrading”), her e-mails, and even her life in his fiction and poetry.

Styling herself a “relentless verbal terrorist,” Nasreen also blasted Lasdun’s literary agent and a freelance editor, other members of Lasdun’s supposed cabal of privileged Jews. Some of her screeds were vicious but incoherent; others were ultra-clear and insinuating. Still others were oddly pathetic: “I keep changing my e-mail address because I think you are blocking and silencing me and punishing me for my pain.” But the communiqué that spawned Lasdun’s title quells any pity. Having warned that “your family’s going to get it if you do not right your wrongs,” Nasreen dared Lasdun to call the police: “you get me in trouble and you’re fucked. give me everything you have and go kill yourself.”

Wise to his own missteps, Lasdun alchemizes his experience into art that evokes the dangers of isolation and ambition, mind games and magical thinking. It’s a pleasure to follow his night thoughts on the power of a mentor’s benediction, the male gaze, and man’s bent for violence, and he loses none of his wit while facing the extreme: “This cyber-narcissism, not a vice I’d been prone to before, was another gift from Nasreen: I became — it sounds like a malady from some Victorian hygiene pamphlet — a compulsive self-googler.”

Despite the wisdom gained, Give Me Everything You Have is pervaded with loss. For one, there’s Nasreen’s. Her flair for language vanishes in a morass of hatefulness, and she is reduced to capering about on the Web, a domain where invective and innuendo are rarely checked.

Lasdun, too, is diminished. Obsessed with unclouding his name, he realizes that language is no longer his ally. His pleas for protection — to his employers, lawyers, the police, and the FBI — come off as calculated, even absurd: “The harder I tried to be neutral and objective, the crazier I sounded.”

He also fears he is becoming a bore — weighing his own motives, mourning his vanishing reputation — while turning increasingly combustible. Two swift, charged encounters with strangers — one on a train, the other in a coffee shop — manifest Lasdun’s sensitivity to shifts in atmosphere, and his gift for painting moments of conflict and self-laceration. In the second, when he asks someone who’s leaving a table to clear up his trash, the man rebukes him with “Sieg Heil.” “What?” says Lasdun. “Do you want me to throw a cup of boiling coffee in your face? ... You must be out of your fucking mind, saying something like that to a Jew in New York.”

Lasdun finds refuge in family and in books. By recognizing parallels to his situation in works as varied as Sir Gawain and the Green Knight, with its exploration of honor, trust, and “moral combat,” and Tintin, as well as the work of his hero D. H. Lawrence, Lasdun achieves a measure of objectivity, even empathy, with his pursuer. One surprise inclusion: Sylvia Plath, “especially ‘Lady Lazarus,’ that little tour de force of chortling malediction. It’s a poem in the form of a piece of hate mail, after all (or so it seems to me now), complete with Nazified recipient.”

In the final section of the memoir, which describes a visit to Jerusalem, Lasdun does his all to address the “uncannily adaptive” sickness of anti-Semitism and its “peculiar conflation of the roles of victim and oppressor.” It’s a dazzling coda, intimate and expansive. Here, and in Lasdun’s recent fiction and poetry, any thought of Nasreen quickly disappears amid the throng of characters ranging through Lasdun’s universe.