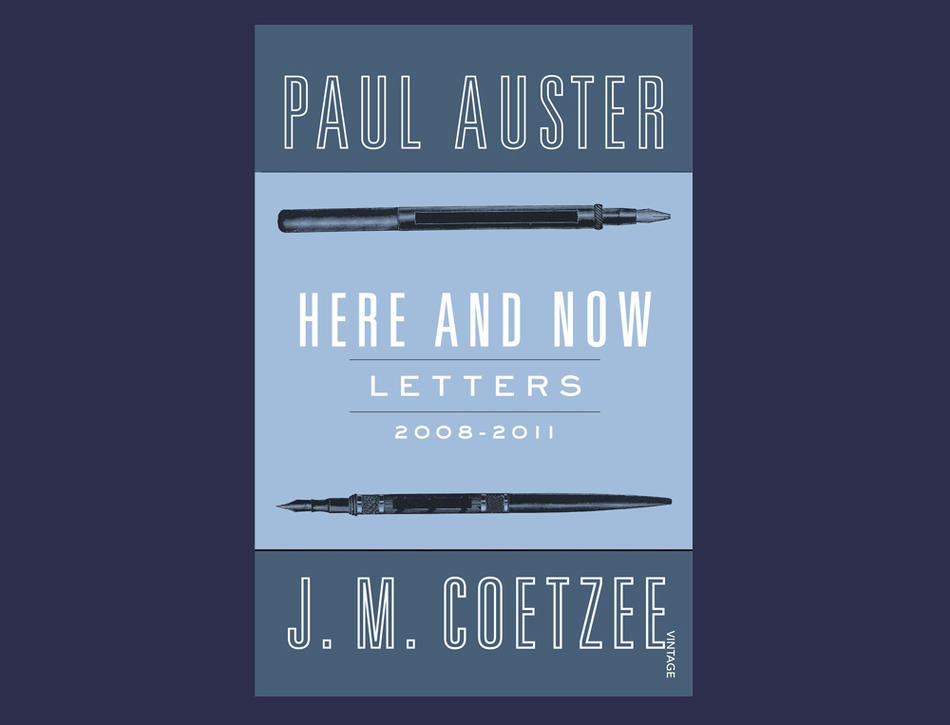 “I have been thinking about friendships,” J. M. Coetzee wrote to Paul Auster ’69CC, ’70GSAS in 2008: “how they arise, why they last.” The story of theirs takes place mostly on the page. They met at a literary event and, to bridge the hemisphere that separated them (Auster lives in Brooklyn, Coetzee in Australia), Coetzee wrote suggesting that they exchange letters and, “God willing, strike sparks off each other.” In an age dominated by short communication like e-mail, text messages, and social media, one can’t help wondering whether the resulting book, Here and Now, was their goal all along. But any reservations about the self-consciousness of the project (“for some reason,” gripes Auster, “Paris hotel rooms are not equipped with typewriters”) quickly fade as we discover that the letters are simply terrific — elegant and thoughtful musings about topics at the forefront of most of our minds. Both sports fans, Auster and Coetzee debate the nature of competition; both fathers, they explore what that role has meant in their lives; both divorced and remarried to scholarly women, they share a perspective on romantic relationships. They touch on politics, film, art, philosophy, and, of course, literature, and fans of both writers will recognize characteristic traits in their notes (for example, Auster’s obsession with puzzles comes out in an anecdote about three chance run-ins with Charlton Heston). It’s a charming correspondence, regardless of how and why it was conceived.