Book Review “How to Get into the Twin Palms” 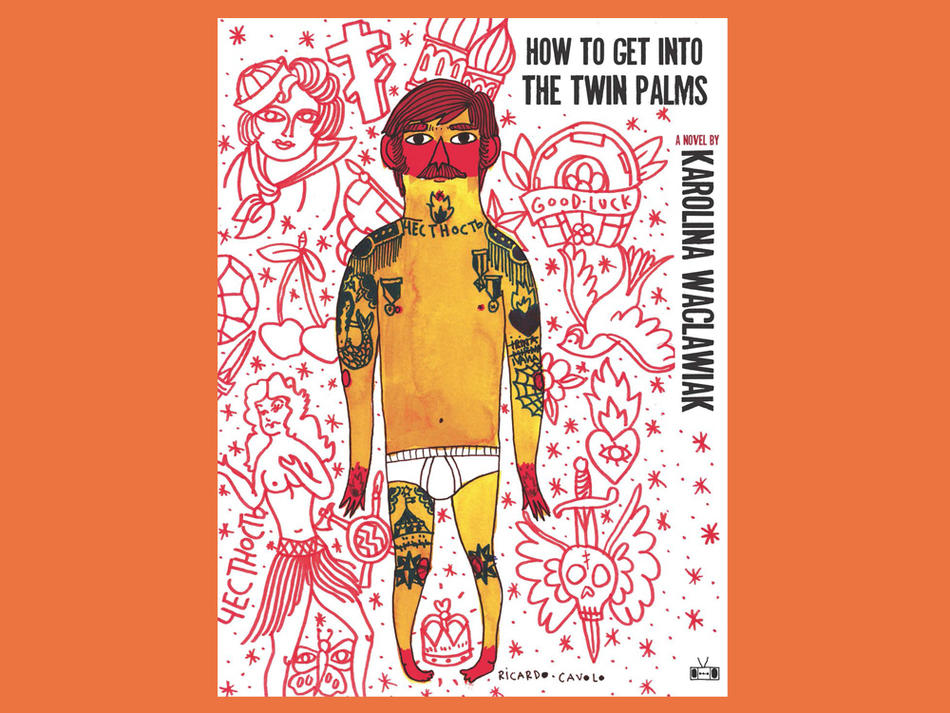 Can anyone possibly be lonelier or more homeless than the narrator of How to Get into the Twin Palms, the brilliantly disquieting debut novel from Karolina Waclawiak ’10SOA? Technically, she has shelter — a stucco Los Angeles apartment with a rotting mackerel (a misguided gift from a neighbor) in the refrigerator, a bare mattress (dirty from an unfulfilling affair with a married man), and a collection of items left behind by previous tenants (bobby pins, hairballs, packets of ramen-noodle soup). But she couldn’t be less settled. She feels no connection to Poland, where she was born, or Texas, where she was raised, or most of Los Angeles, where she has been driving around aimlessly since losing her job. Only one place fascinates her: Fairfax, the Russian neighborhood where she has inexplicably landed. From her balcony, she watches the garish Twin Palms nightclub, where gangsters shuffle in nightly with fur-swaddled mistresses, and obsessively latches onto the idea of getting in. No Pole or American would make it through the door, and so, in a defiant shedding of her conflicted identity, she dyes her hair, buys a pushup bra, changes her name, and becomes Russian: “I am starting to make sense to them. I am taking off all my American skin.” The plan doesn’t go smoothly, but the newly minted Anya gives a desperate and often deeply comic voice to the members of the so-called “1.5 generation,” who immigrated to the US as children, and her weird, bleak world is impossible to forget.