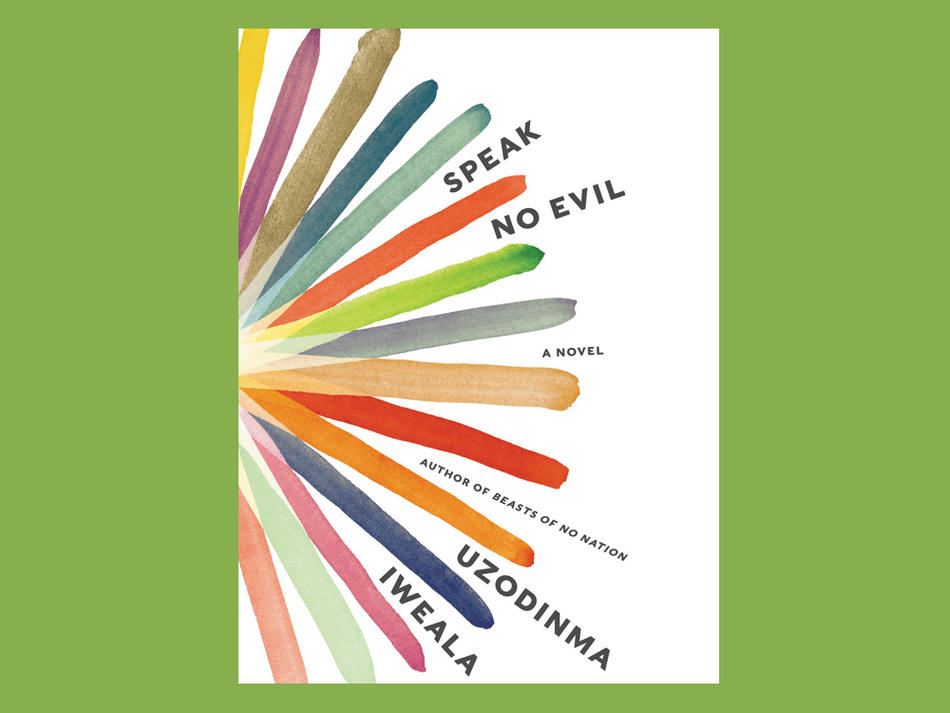 Thirteen years ago, Uzodinma Iweala ’11PS burst onto the literary scene with Beasts of No Nation, a daring, gut-twisting novel about a child soldier in an unnamed African country. Written in pidgin English, the book felt so authentic that many wondered if Iweala was writing from his own experience. In fact, Iweala is the son of a prominent Nigerian doctor and was raised in a tony suburb of Washington, DC. The novel emerged not from some unspeakable childhood trauma but from Iweala’s senior thesis at Harvard.

Iweala’s new novel, Speak No Evil, seems to hew closer to the contours of his own life. It follows a high-achieving Nigerian-American teenager at a Washington prep school through the difficult process of coming out to conservative immigrant parents. Though the novel lacks the freewheeling confidence and bold experimentation of Iweala’s debut, Speak No Evil showcases the author’s adeptness at weaving vivid, emotional stories about coming of age in a world often unsafe for young Black men.

When we first meet Niru, the book’s narrator, he is living “an uncomplicated life with my Harvard early admission and two proud parents.” But when his friend Meredith comes on to him, Niru shuts down — in some ways, this is the culmination of a lifetime of unwanted touch: “The white kids used to touch me all the time when I was younger, like they owned me.” Meredith’s touch is different: Niru wants to want it. But finally he admits that, despite every effort, he doesn’t: “Meredith, I think — I’m gay.”

Meredith is sympathetic to a fault. Trying to give him a helpful push, she downloads the dating app Grindr onto Niru’s phone. When Niru’s father finds it — and the notifications populating the home screen from men who want to date his son — the confrontation is swift and violent. “You want to go and do gay marriage, is that what you want?” his father yells, as he twists Niru’s ear and slams his head into the kitchen table.

The reaction is shocking, but also complicated. Niru’s father has been responsible for teaching his son how to be safe in a country that fears him. He’s long told Niru that “the safest place for a man to be, especially in America, is inside his own house.” It’s no longer clear to Niru if that’s true. But Niru doesn’t feel at home anywhere else, either — in Meredith’s liberal, accepting house, he chokes down turkey sandwiches and longs for his mother’s spicy chicken-pepper soup. Later, in bed with a man for the first time, Niru’s knees buckle and he bolts, running back to his family’s kitchen table.

Perhaps the most illuminating passages come when Niru’s father squirrels him away to Nigeria for a horrifying dose of “spiritual counseling and deliverance.” It’s not Niru’s first trip to the motherland, but now he must reckon with the forces that have shaped his father — a “true village boy,” who returns home burdened with the pressure of proving that his life in America has been a success (a gay son, clearly, is not part of the plan). Niru’s vaunted brother, a medical student, amusingly diagnoses the phenomenon as Nigeriatoma: “an acute swelling of ego and pride that affects diaspora Nigerian men.”

The book ends with a twist, narrated not by Niru but by Meredith, a strange choice — in her voice, naturally, the story becomes about her. “I am always someone’s accessory, someone’s afterthought, the supporting actress in another person’s drama,” she says. In this case, that’s exactly what she is. The drama is Niru’s, and the last chapter a sobering reminder that for someone like him, tragedy might be lurking anywhere.

Speak No Evil has been anticipated for over a decade — in between novels, Iweala worked for an NGO in Nigeria and earned a medical degree at Columbia. But though the demons in his new novel are subtler than the gun-wielding warmongers of Beasts of No Nation, they are there nonetheless, and equally harrowing.

Top Stories
Book Review: Horse
Can the World’s Religions Help Save Us from Ecological Peril?
What Declassified Government Documents Reveal About America’s Dark Secrets
Is Objectivity in Journalism Even Possible?
Learning to Live with the Voices in Your Head
All categories >
Read more from Rebecca Shapiro