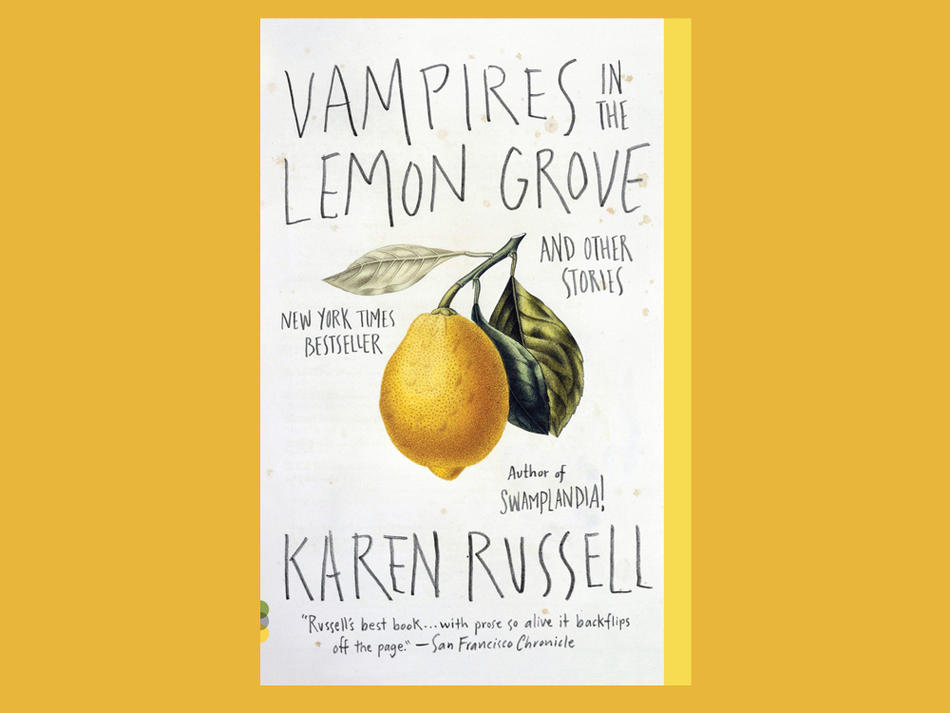 Karen Russell’s accolades go beyond the wildest imaginings of most thirty-one-year-old writers: nods from the National Book Foundation and the Pulitzer Prize board, to name just a couple. But wild imagination is Russell’s specialty. Her first two books, St. Lucy’s Home for Girls Raised by Wolves and Swamplandia!, were praised for their remarkable blurring of fantasy and reality. Now, with Vampires in the Lemon Grove, a collection of dark, often wickedly funny stories, Russell ’06SOA again proves herself a master of the bizarre. Here, a group of beautiful young women are sold into slavery in a Japanese silk factory and find themselves morphing slowly into actual silkworms. Cantankerous horses in a stable turn out to be the reincarnated spirits of Presidents Rutherford B. Hayes, James Garfield, and Warren G. Harding. A sweet old man sitting on the edge of a lemon grove is actually a vampire trying to keep his thirst for blood at bay. And in a particularly haunting tale, a lone scarecrow out of place in a New Jersey suburb looks a lot like a missing boy. Narrated by one of the boy’s tormentors, it is the most real and the most sinister of the bunch. Russell has strayed in this collection from the Southern gothic of her first two books, and readers may find it jolting to travel quickly between the very different worlds of her stories, but Russell maintains her lovely, moody prose and her inventiveness, both at perhaps their strongest here.