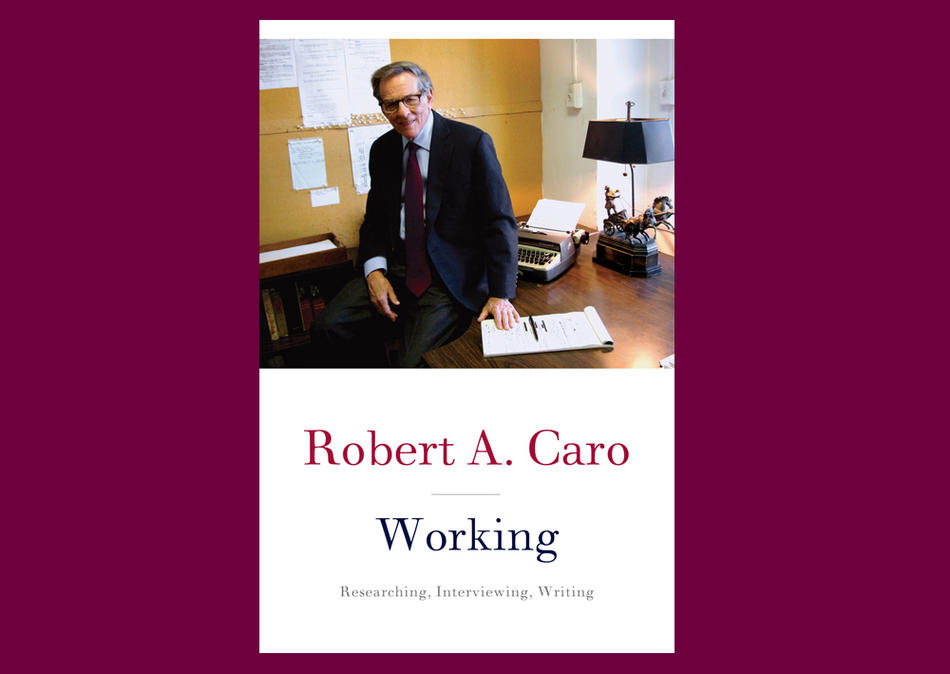 In 1965, Robert Caro ’68JRN, a bright-eyed Newsday reporter with an itch to uncover political corruption, was assigned to look into a controversial plan to build a six-mile-long bridge between Rye, New York, in Westchester County, and Long Island’s Oyster Bay. Most state-government officials, including Governor Nelson Rockefeller, thought the bridge was a terrible idea; it would make traffic jams worse, not better, and pollute the Long Island Sound. Caro told his editors that the project was dead on arrival. But he hadn’t figured on Robert Moses.

Moses 1914GSAS, ’52HON, the New York City parks commissioner and head of the Triborough Bridge and Tunnel Authority, was the mastermind behind the bridge, as well as numerous other bridges, expressways, parks, public beaches, and housing developments built since the 1920s. A couple of weeks after state officials had told Caro they would never back the project, Moses visited Albany, and suddenly the officials had a change of tune. How could this happen? The reporter started to question how power in government really works.

“Here was a man, Robert Moses, who had never been elected to anything, and he had enough power to turn around a whole state government in one day,” Caro writes in his new memoir, Working. The revelation, and Caro’s desire to explain the “raw, naked realities of power,” inspired The Power Broker, a 1,336-page book on Moses and his profound, often ruthless shaping of modern New York.

Caro, who is known for integrating painstaking historical research with novelistic prose, has spent more than five decades writing about power, including the ways that unchecked political egos can affect all our lives. He finished The Power Broker in 1974 (a Carnegie Fellowship at Columbia helped him kickstart the book) and won his first Pulitzer. Since 1976 he has been working on The Years of Lyndon Johnson, a five-volume biography of a political genius who — for better or worse — wielded extraordinary influence in public office.

Caro has yet to finish the fifth installment, but at age eighty-three, he has decided to share his experiences as a journalist and historian in Working. Those who have read Caro’s work and are in awe of his mastery of detail and narrative will get the most out of this memoir. In it Caro takes us behind the curtain to reveal the sheer, hard slog of his craft. He talks about writing exclusively by hand and typewriter; nosing through boxes at government archives, trying to “turn every page” even when there are millions; and moving to Lyndon Johnson’s hometown in rural Texas to truly — thoroughly — understand his subject’s formative years. He writes about the 522 interviews that went into The Power Broker and the thousands for the Johnson biography, completed with help from his wife and research assistant, Ina Caro ’62GS.

Caro shares stories about his unique reporting techniques, and how he gets people to recall decades-old details from their pasts. He recounts his visit to the Johnson boyhood home with LBJ’s younger brother, Sam, and how he convinced him to reenact family fights at the dinner table. He also explains why it takes him so long to finish books: he can’t stop asking himself if there is more to the story, and “if you ask the right questions, there always is.”

At 207 pages, Working is a mere footnote in Caro’s canon. He says he hopes to someday write a longer memoir, although he admits that he can “do the math” with regard to his time left. Until then, this pause for self-reflection should please his fans, or at least help them understand why they need to be patient as they wait for him to decide that the final story of the Johnson years is ready to be told.