Four Years for What?

Andrew Delbanco, the Mendelson Family Chair of American Studies at Columbia, discusses his book College: What It Was, Is, and Should Be (Princeton University Press). 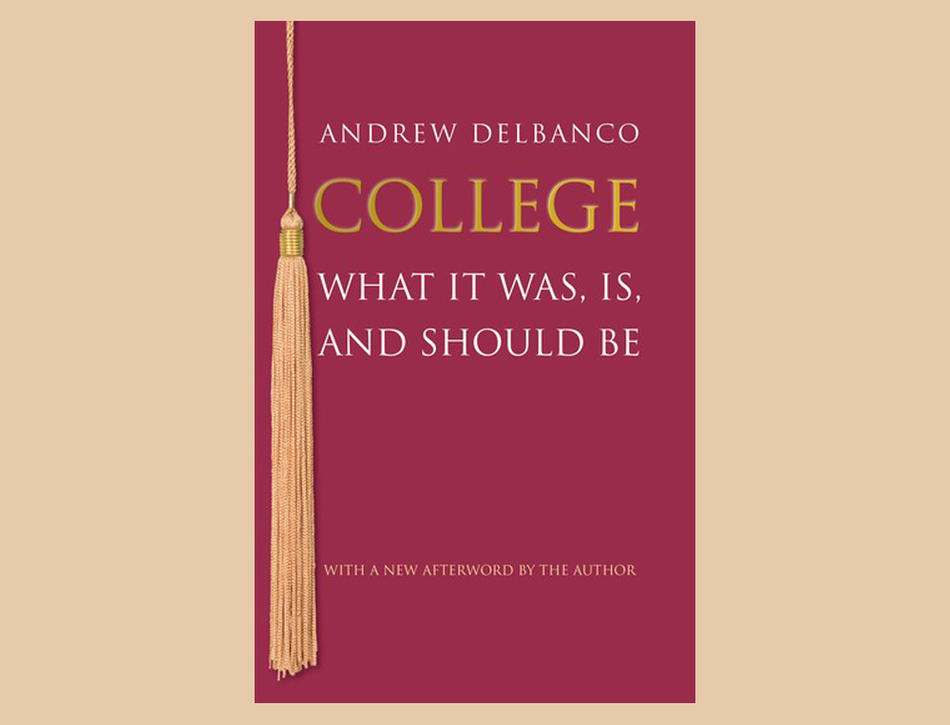 Why do students go to four-year colleges in 2012? Are the reasons the same as they were, say, forty years ago?

I think today’s students are searching for a way to construct a meaningful life just as young people always have. Part of the responsibility to show them the possibilities rests with their college teachers — not to coerce them into a certain view, but to put in front of them opportunities for opening their minds.

Some colleges offer more of a smorgasbord, others more of a set menu.

With our Core Curriculum, Columbia College falls on the prescriptive end of the spectrum. Those who don’t understand the Core say it’s an ideologically narrow education. But the truth is that all the texts that students encounter in the Core are arguing with each other. The Core is an opportunity for students themselves to debate the big questions.

One of the big themes in your book is the religious origins of most of the older American colleges.

On the façade of Earl Hall are the following words: “Erected for the Students That Religion and Learning May Go Hand in Hand and Character Grow with Knowledge.” This was an axiom in the era when virtually all colleges had a denominational connection. It’s a history that is still evident at places like Baylor or Notre Dame, but harder to see at an institution like ours. Columbia never was a sectarian college, nor should it be. But that doesn’t mean we should give up the idea that college is about the growth of character.

“Character” can be a loaded word, especially in admissions.

Yes, for a long time it was a word invoked by the gatekeepers to describe something that minority candidates, especially Jews, were thought not to possess. And yet the idea that admissions decisions should be based on something more than grades and test scores also has an honorable history.

The culture of college admissions is a modern reiteration of how the early gathered churches were formed — churches from which our oldest colleges emerged. At least in theory, these were communities into which you were invited upon demonstrating that you had something to offer to the other members. From our point of view, they were not diverse communities — after all, everyone looked more or less alike and had a similar genealogy — yet admission was understood to signify, as the Puritans put it, an “aptness to edify another.”

Today this is still the question that my colleagues in admissions ask of every candidate who wants to come to Columbia College: What would you bring to the class? How would you enrich the community?

Because students have as much to learn from each other as from their teachers.

That’s one reason why the small discussion class is such a critical component of education at Columbia. Students from different backgrounds come into a room with established opinions, but once they start to listen to one another, to reflect on their own ideas in the light of others, they learn the difference between an opinion and an argument. Surely we want to be a society that respects that difference. The college classroom is a place where one learns the procedures of deliberative democracy.

You worry about the well-being of humanities studies.

As numerical measures are applied more and more as tests of the quality of a college — what’s the graduation rate, what’s the job-attainment rate, what’s the performance on standardized tests — the subjects closest to my heart are coming under even more pressure. The percentage of students majoring in the humanities at virtually all elite colleges is already declining. Yet a book like Moby-Dick has the power to transform a life — as it did mine.

Over the years, you have suggested several reasons why people go to college — pragmatic reasons, philosophical reasons. In your book you describe the experience of running into an older alumnus who said you had missed the point.

He said Columbia College had taught him “how to enjoy life” — and I was knocked over. Columbia had opened his mind and his senses to the world, which was very moving. We need to make sure that kind of education persists.

But how do you measure that power? How do you know about the joy of music or the arts if you have not experienced it? If the College gives up telling students at least to some degree what they ought to try out, students will tend to stick with what they are already familiar with. There are students who have never seen a play by Shakespeare. If the College doesn’t provide that opportunity for them, who or what will?