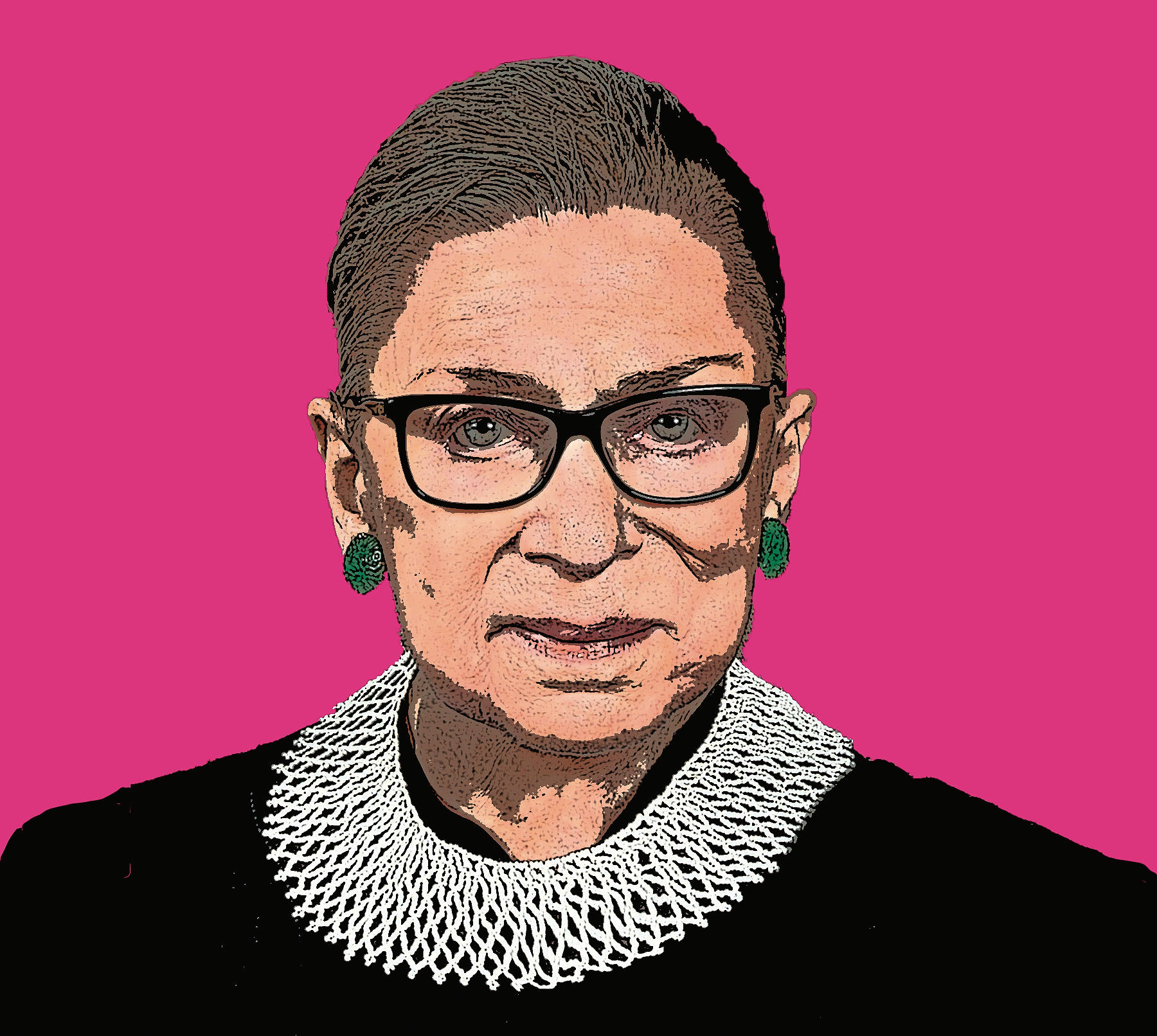 Justice Ginsburg, the first female full professor at Columbia’s School of Law and the second woman to be appointed to the US Supreme Court, was the keynote speaker. Known for her women’s-rights advocacy, uncompromising dissents, and lace jabots, Ginsburg talked with CNN anchor Poppy Harlow ’05CC about life on and off the bench, handing down some choice opinions.

“I was the law school’s representative on the University Senate. [There] was a commission on the status of women, and the first thing we wanted was the pay figures. The University was very reluctant to come forward. But we wanted it just to ensure that the women were getting the same pay for the same work.”

“When I talk about my mother, I sometimes ask the question, ‘What is the difference between a bookkeeper in the Garment District and a Supreme Court justice?’ [The answer:] One generation.”

On arguing her first case before the Supreme Court

“I was terribly nervous; I didn’t dare eat anything for lunch. But then I looked up at that bench: the nine most important judges in the United States. I had a captive audience. They had no place to go. They had to listen to me. Then, suddenly, instead of feeling nervous and inadequate, a great feeling of power came over me.”

“My first day in law school, there was someone in the class who volunteered to answer the professor’s question. He was brilliant. I came home at the end of the day and said to my husband, ‘If they’re all that smart, I’ll never make it in this place.’ Then I decided that this person would be my model, that I would speak in class as often as he did. This brilliant person was Tony Lewis, who among other things reported on the Supreme Court for the New York Times.”

On the courteous court

“Although the press tends to play up the 5–4 divisions, we are unanimous much more often than we divide 5–4. There is a collegial spirit that prevails; the Supreme Court is more collegial than any other place I’ve ever worked.”