Building a campus takes time: it’s been sixteen years since President Lee C. Bollinger first announced plans for Manhattanville, and construction will continue on the seventeen-acre site for several decades. But with three buildings now open, the Manhattanville campus is starting to take shape, and there’s already plenty to explore.

Serving as the gateway to the campus, at the intersection of Broadway and 125th Street, this multipurpose venue is a place for members of the Columbia community to come together for meetings and conferences. Even if you’re not attending an event in the 430-seat auditorium, you’re welcome to lounge in the lobby or the coffee shop and take advantage of the free Wi-Fi.

The Lenfest Center for the Arts

Columbia’s new cultural hub houses two state-of-the-art performance spaces, a 150-seat screening room, and the Miriam and Ira D. Wallach Art Gallery. In May, why not attend the 2019 New Plays Festival in Lenfest’s third-floor theater, hosted by playwright and Columbia professor David Henry Hwang? Or get tickets to a show at the Katharina Otto-Bernstein Screening Room — Australian film director Lynette Wallworth and multimedia-installation artist Ann Hamilton will both be presenting their work there this season.

At nine stories and 450,000 square feet, this is now officially Columbia’s biggest building. It is also home to the Zuckerman Mind Brain Behavior Institute, which has brought hundreds of world-renowned neuroscientists to Manhattanville. Bring the kids to a Saturday Science event (the next one is April 13), where Zuckerman Institute researchers organize hands-on activities to make brain science fun. Or sign up for one of the institute’s public seminars. Learn about upcoming events.

The Greene Science Center also hosts a Community Wellness Center that offers free blood-pressure and cholesterol checks and other health resources. For a different kind of physical activity, buy a day pass to the Steep Rock West climbing gym on the building’s first floor. East Harlem favorite Dear Mama Coffee also has an outpost in the building and plans to offer live music and other events.

We asked Michelle Young ’12GSAPP, an adjunct professor of architecture at Columbia and the founder of Untapped Cities, a website dedicated to urban exploration in New York, to share a few Manhattanville landmarks and tell us why they deserve a repeat visit.

Known for its inclusivity, the interdenominational church has historically been a gathering place for activists, particularly during the LGBTQ-rights and civil-rights movements. Rising 392 feet into the air, Riverside is the tallest church in America, and at the top of its twenty-two-story tower is a carillon of seventy-four bronze bells, including the heaviest and largest carillon bell ever cast. Riverside Church’s gothic limestone façade is built over a steel frame, much like the Woolworth Building. Don’t miss the stained-glass panels, imported from a sixteenth-century cathedral in Bruges, Belgium.

West Harlem Piers Park, which opened to wide acclaim in 2013, is an excellent example of waterfront reclamation for public use. Once a vibrant recreational pier that served the local community from 1897 until its demolition in 1965, the site spent the next half century as a municipal parking lot, cutting Manhattanville off from the Hudson River. Today the park features scenic views, grassy lawns for lounging, and plenty of space for sports and fishing. Spend some time with the exhibit on West Harlem history that has been installed along the water.

It’s hard to miss Grant’s Tomb. The domed neoclassical structure that rises above the Hudson River at 122nd Street and Riverside Drive is the second-largest mausoleum in the Western Hemisphere. The building, whose architecture was inspired by the chapel at the Invalides in Paris, where Napoleon is entombed, opened to great fanfare in 1897 and was once one of the most visited destinations in New York City. Time took a toll on the marble, but a centennial restoration in 1997 brought the monument back to its original glory. But who is buried in Grant’s Tomb? Stop by and see for yourself — the interior is open to visitors during select hours each week.

Ramen has long been the dinner of choice for broke college students. But this Manhattanville noodle joint puts the fifty-cent packaged kind to shame. At Jin, the rich bone broth is simmered for six hours, and topped with hand-cut noodles, buttery roast pork, and pickled vegetables. For many scholars, a bowl of this belly-warming soup is integral to the workday. As Zuckerman Institute CEO Rui Costa says, “This cozy restaurant provides warm ramen all day and into the evening, helping to fuel our lab.” 3183 Broadway.

This Cuban restaurant has been a neighborhood favorite for more than twenty years. Check out the daily happy hour for strong mojitos and spicy empanadas. 2276 Twelfth Avenue.

An outpost of a beloved upstate New York chain, this is the perfect place for a big group gathering. Warning: the wood-fired wings are addictive. 700 West 125th Street. 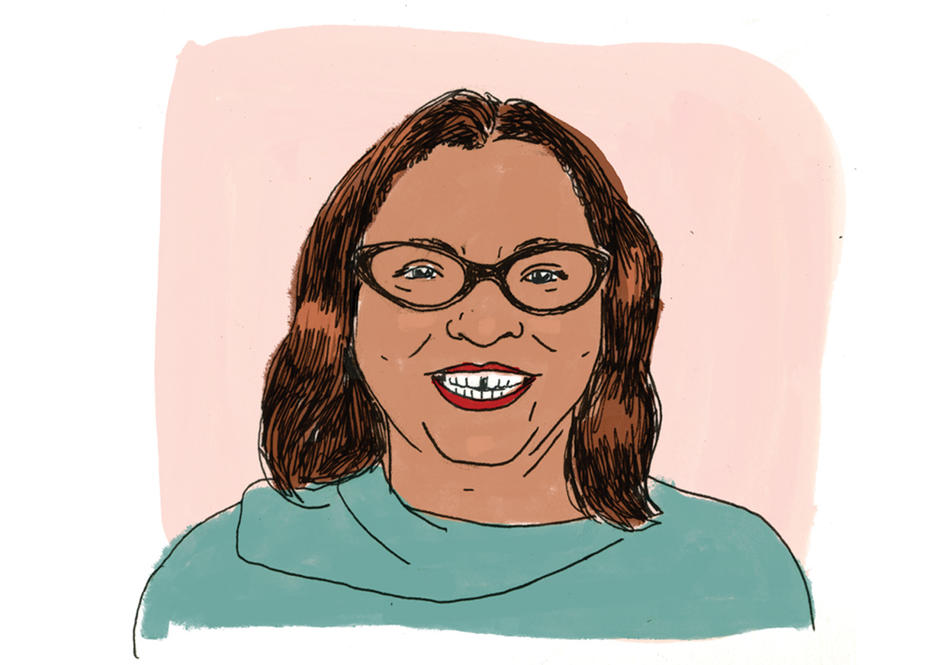 "I'd recommend a visit to the community garden at 138th and Twelfth. It was planted by my mom, eighty-six-year-old Harlem activist Jenny Benítez, more than forty years ago." 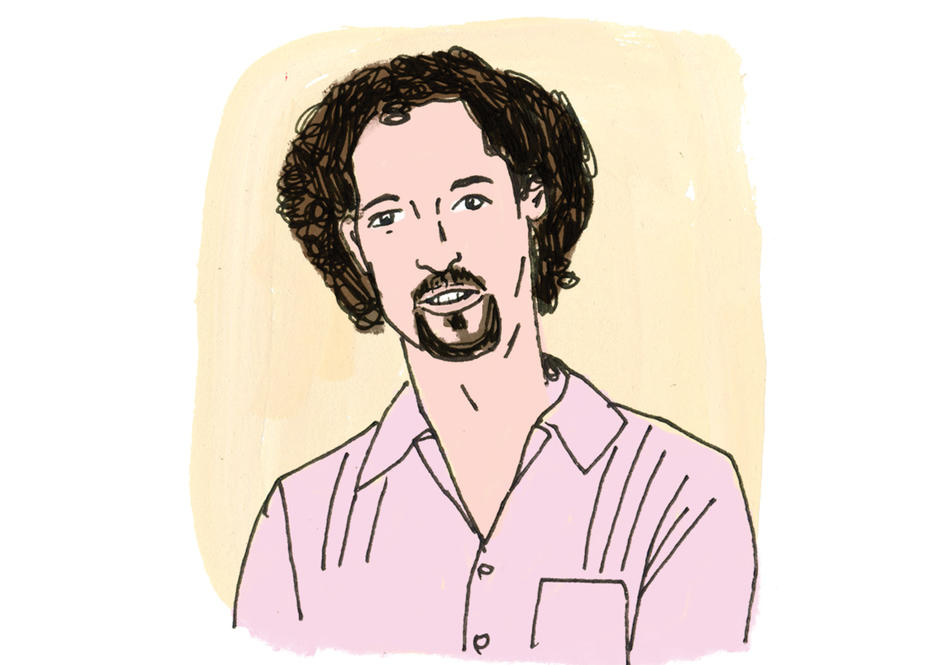 "Dear Mama in the Greene Science Center has some of the best coffee and croissants in New York City and the friendliest baristas." 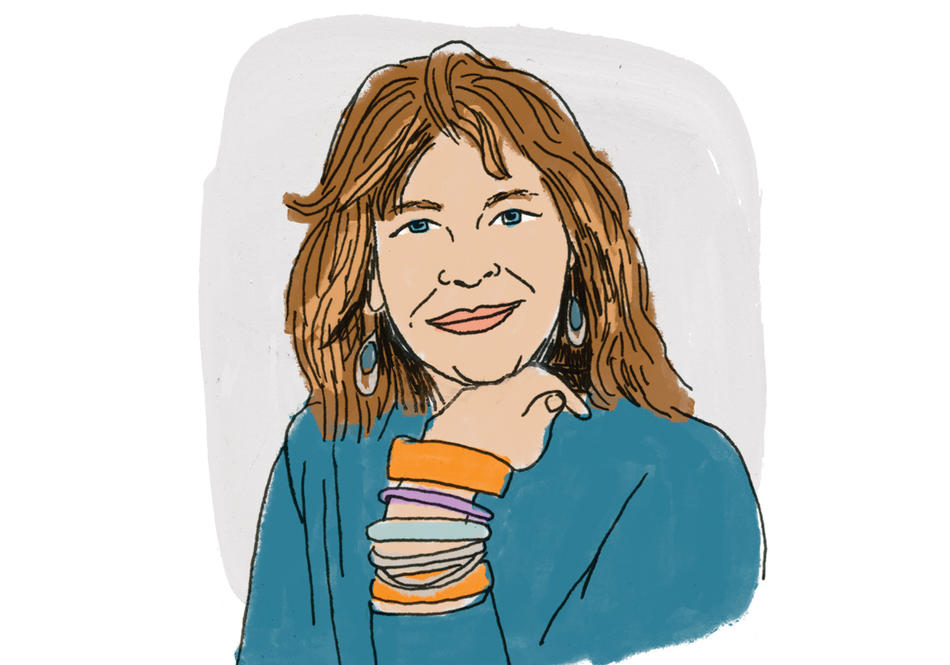 "Gavin Brown's Enterprise on 127th Street is definitely worth a visit. He has created an incredible gallery in an old industrial building and seems fearless in his choices of artists."

Carol Becker, dean of the School of the Arts