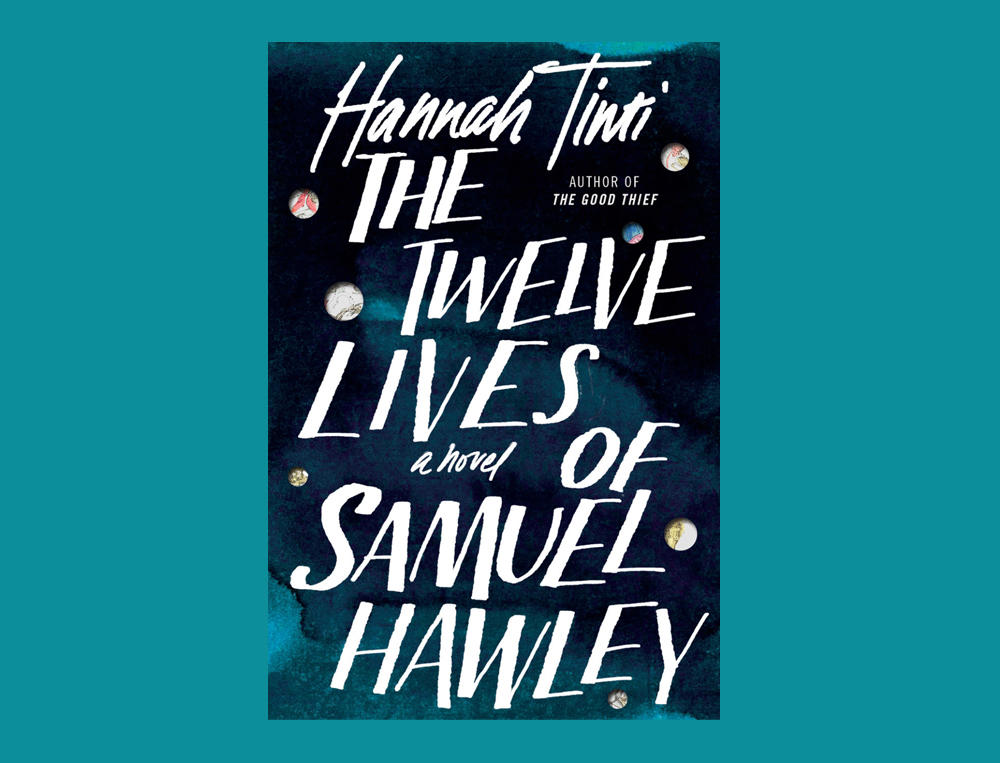 There’s a summer tradition in the fictional fishing village of Olympus, Massachusetts, where Columbia writing professor Hannah Tinti sets her second novel, The Twelve Lives of Samuel Hawley. A flag is hung at the end of a seventy-five-foot wooden mast, which is suspended from a pier, and the first man to climb out over the water and capture the flag wins a year’s worth of free drinks — and, more importantly, the town’s respect. But the mast is covered in grease, making this a nearly impossible task. Then one day a strange loner named Samuel Hawley moves to Olympus with his teenage daughter, Loo. With the entire town watching, Hawley scales the pole and gets the flag. The crowd cheers, but no one is prepared for what they see when Hawley takes off his shirt: the round, knotty scars — at least six — from bullet holes. Who is this new neighbor? they wonder. What kind of life has he led?

The only one not gawking is Loo, though in actuality, she doesn’t know much about her father’s past either. The pair spent the first twelve years of her life on the run, exchanging one dingy hotel room for another. The only constants were an arsenal of guns, an old bearskin rug, and a box with a random assortment of her late mother’s things. Every time they moved, Hawley would pack up the box and then painstakingly reassemble the items into a shrine in the bathroom.

When Hawley suddenly decides that it’s time for them to settle down, he picks Olympus, where Loo’s mother grew up. Aside from the bizarre bathroom artifacts, Loo knows little about her mother, Lily, who drowned mysteriously just before Loo’s first birthday. But in Olympus, Loo is surrounded by people who remember Lily, including a grandmother who seems to want nothing to do with Loo and her father. As Loo’s questions become more pressing, Tinti toggles back to Hawley’s deeply violent past, telling the story of each bullet hole in a series of gruesome but gorgeously drawn flashbacks.

Tinti, who cofounded the inventive literary journal One Story, is a master of the macabre. Her first novel, The Good Thief, followed a one-armed boy recruited by a band of murderous robbers in nineteenth-century New England, and the same gothic undertones permeate this novel, though it is set in the present day. Her writing is vividly cinematic, in the tradition of Quentin Tarantino or the Coen brothers, and in her nuanced voice, violence feels haunting or lurid rather than thrilling. In one scene, Hawley is speeding away from Whidbey Island, a windswept, tree-covered rock off the coast of Seattle, when his boat is nearly capsized by a giant gray whale: “He was staring over the port side, at a widening plane of flatness among the waves. And from this open place, the whale appeared — rising like a dark and crusted slice of doom.”

The book’s violence is cut by the surprising tenderness with which Tinti treats her characters. We come to find how easily Hawley can maim or kill, and yet the book is ripe with his grief and regret. It is heartbreaking to watch him carefully unwrap his dead wife’s used shampoo bottle, desperately trying to preserve her scent. Loo, too, seems to be following in her father’s path — reluctant to make friends and prone to lashing out: “There was a taste that filled Loo’s mouth whenever she was getting ready to hit someone. Tangy, like rust. She could feel it in the glands on either side of her jaw.” Hawley isn’t a traditional father — when Loo is caught stealing a car, for example, his response is to teach her how to do it better — but he does want, above all, to spare his daughter the pain that has followed him through life. It is that fervent, familiar desire that gives the book depth, making it more than a gothic fable or a heart-pounding thriller. At its core, it’s a story about a father and his daughter.