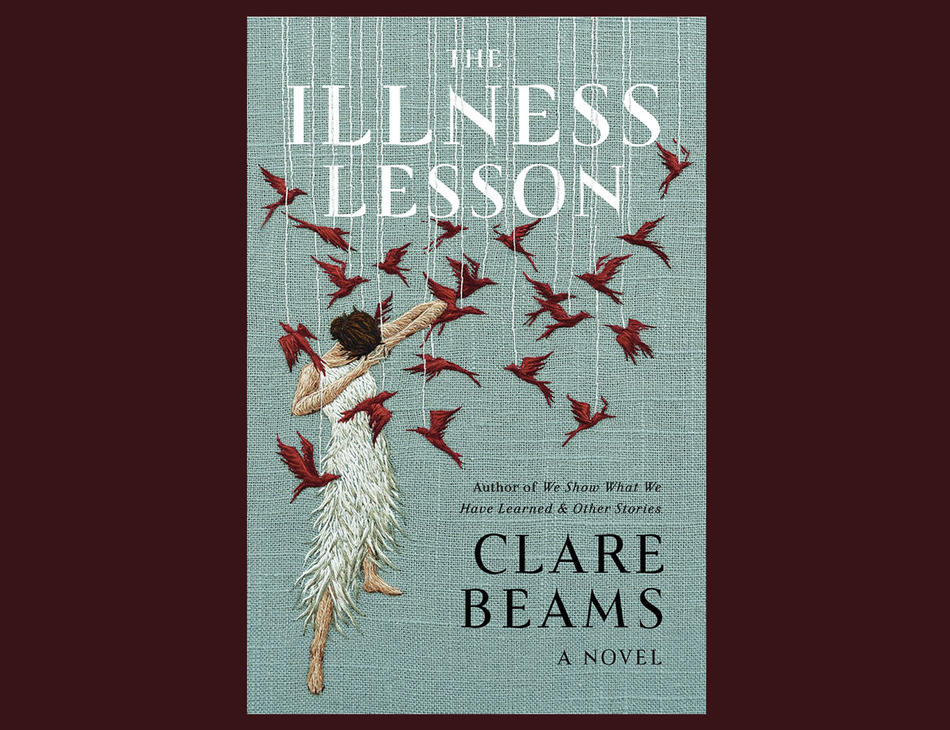 Midway through The Illness Lesson, the haunting new novel from Clare Beams ’06SOA, a group of young women at a boarding school fall sick. Their ailments are measurable and visible — fevers, seizures, and raised red rashes. Nonetheless, the girls are ignored and their complaints dismissed. Their elders conclude that if there is anything wrong with them, it is mental; they diagnose the girls not as sick but as “hysterical.” Seeking relief from their fevers and attention from those with power, they leave their beds in the middle of the night to stand in a snowstorm. In desperation, one cries out, “Do you think we’re choosing this?”

The novel takes place in 1871, and there is much about the horrifying treatment of women in it that is specific to that time period. But the practice of gaslighting women and denying their physical pain is age-old, little-discussed, and sadly still relevant today.

Beams sets her story on a farm in rural Massachusetts — the site of a failed transcendentalist community founded by a once-famous philosopher named Samuel Hood. Samuel still lives with his twenty-eight-year-old unmarried daughter, the brilliant and complicated Caroline. When Caroline was a young girl, the community was visited by an ominous flock of blood-red birds. Shortly thereafter, her epileptic mother, Anna, died suddenly, and the community fell apart.

Now, over twenty years later, the birds have returned. But rather than seeing them as a harbinger of doom, Samuel takes them as a sign that he should launch his next project: a school for young women. The idea, and particularly the curriculum, is progressive for the time — which feels important to Beams’s message. The misdeeds of the well-intentioned, she seems to be saying, are often worse than any others.

Overseen by Samuel and a young disciple named David, the school promises to teach classical languages and natural sciences, rather than societally appropriate subjects for women, like sewing and etiquette. Still, Caroline, who was home-schooled by her father, is relegated to teaching English literature: “Though Caroline was meant to be a walking embodiment of the school’s aims, that didn’t mean her feminine fingers belonged in its meatier pies.”

Soon it appears that the birds (which Caroline’s late mother had dramatically called “trilling hearts”) have again brought bad news. A controversial student — the daughter of a former member of Samuel’s failed community — joins the school, dredging up secrets from the past. Sexual tension crackles between Caroline and David, though he also turns out to be duplicitous. And then, one by one, the girls’ bodies begin to betray them: “They all said, I can’t control it. I’m not doing it. I don’t know how to make it stop.”

Eventually Samuel, desperate to curb the epidemic, summons an old friend, a physician, who confirms Samuel’s diagnosis of hysteria and proceeds to administer a ghastly “treatment” to the girls — which, sickeningly, is based on a real procedure. And then Samuel must watch again as a community born from his ideas begins to crumble.

The Illness Lesson is Beams’s second book. Her first, a story collection called We Show What We Have Learned, was lauded for its rich imagination and use of the surreal. Like her classmate Karen Russell ’06SOA, Beams has proved adept at conjuring a macabre, slightly off-kilter world. Those elements are on display in this book, too, but it is unsettling to realize that the most troubling details are rooted not in fiction but historical facts. Beams deals with them unflinchingly, creating a feminist parable that, while often difficult to read, is deeply worthwhile.