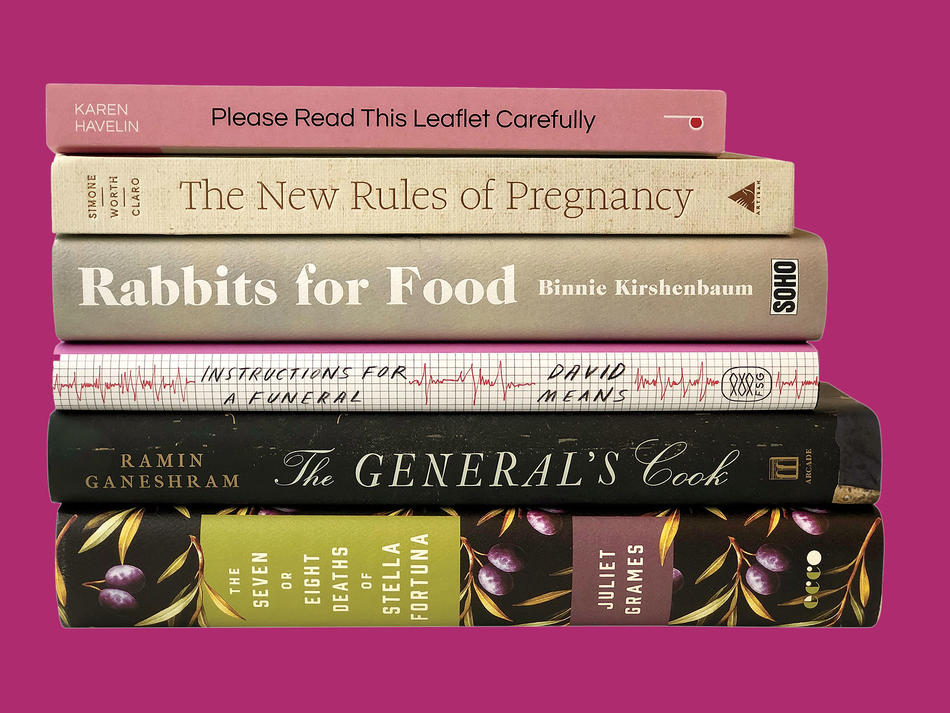 The Seven or Eight Deaths of Stella Fortuna

In Italian, stella fortuna means lucky star. But in Juliet Grames’s debut novel, her title character seems to be doomed rather than blessed. Over the course of her long life — from a difficult childhood in a mountain village in Italy to her final years in a little white ranch house in suburban Connecticut — Stella always seems to be dodging strange and horrible deaths, a curse that becomes central to this sweeping multigenerational story.

The New Rules of Pregnancy

By Adrienne L. Simone, Jaqueline Worth ’97PS, and Danielle Claro

Pregnancy is stressful, and although there are abundant resources, it can be hard for women to find clear, concise answers to their questions. Obstetrician Jaqueline Worth wanted to change that. Along with a fellow doctor and a talented cowriter, she created a compassionate guide that addresses everything from practical details (what to bring to the hospital) to big-picture issues (how to identify postpartum depression).

Instructions for a Funeral

Though David Means won many accolades for his novel Hystopia, he has spent most of his career as a short-story writer. Here he returns to the form with his fifth collection. In the opening story, “Confessions,” which seems to double as an author’s note, he warns readers not to look for an overarching theme: “There’s simply no way to distill or describe what’s in the stories.” Still, this is a confident, imaginative collection, unified by characters often muddling their way through life-changing losses.

Laura, a Norwegian immigrant living in New York City, finds herself dealing with a number of stressful situations: single motherhood, impending divorce, and, particularly, chronic illness. “For years, I’ve considered it an established fact that the female body is a pain in the ass,” Laura says at the beginning of Karen Havelin’s debut novel, and that statement turns out to be the crux of the book. Havelin writes boldly about the often overlooked maladies that women face and the almost comical lengths that they sometimes have to take to address them.

George Washington’s cook, an enslaved Black man named Hercules, has long been a figure of historical intrigue. Celebrated in Philadelphia society for his culinary acumen, Hercules was afforded privileges that other slaves were not. But while working for the Washingtons, he was also plotting a daring escape. Ganeshram’s carefully researched debut novel chronicles the life of this fascinating man and imagines the end of his story, a plotline that has for centuries eluded historians.

In her first novel in more than a decade, Columbia School of the Arts professor Binnie Kirshenbaum introduces us to Bunny, a self-effacing middle-aged writer who finds herself institutionalized after descending into a depression. Wanting to keep her mind clear, Bunny refuses medication and instead chronicles the foibles of her fellow patients with a biting wit. Who knew a mental breakdown could be this funny?